The banking industry is always changing, especially with online banking and new fintech solutions. One thing that isn’t changing? Banking is an essential service that isn’t going anywhere anytime soon. As a result, bank stocks can provide steady returns for investors.

That’s a good thing for investors who are looking for a dependable industry that can help them grow their wealth long term. And savings accounts are not the only way to do that: many banks are publicly traded and may be deserving of your investment dollars. 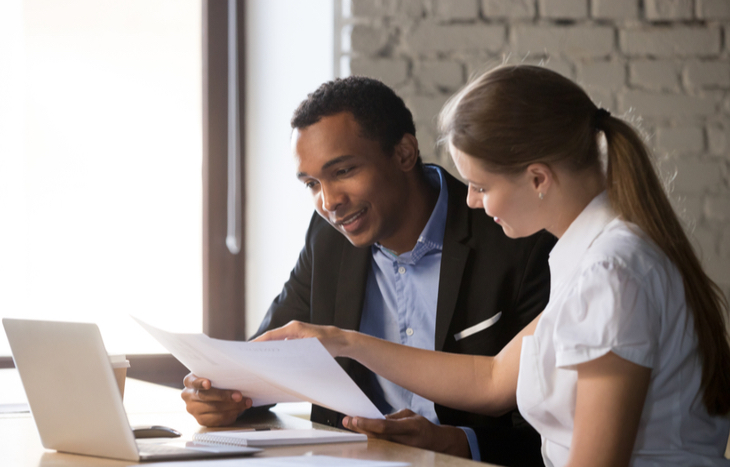 Chances are that if you live in the U.S., you have heard of all of these banks. There’s good reason for that, as all of them are successful (and lucrative) organizations. As a result, all of them are worth investing in, or at the very least, adding to your watch list. All of these are strong banks with national presences, making them favorable investments for just about anyone. And if you’re looking for smaller stocks, consider these top 5 small-cap fintech stocks as well.

JPMorgan Chase is a massive, multinational bank, and an incredibly lucrative one at that. With assets over $3 trillion and revenue well over $100 billion, it leads the way as the largest bank in the country. The bank operates in over 100 markets globally and has more than 250,000 employees. It has services in nearly every sector of the banking industry, in both commercial and investment banking. Plus, its auto loan and credit card businesses have grown in recent years, and it offers some of the most attractive credit cards in the industry. This easily makes it one of the best bank stocks to consider buying.

Bank of America is headquartered in Charlotte, North Carolina, and is a multinational investment bank and financial services holding company. Behind JPMorgan Chase, it is the second-largest bank in the U.S. Its net revenue was down slightly in 2020 compared to 2019 but was still just over $85 billion. The same goes for its earnings per share, which was $1.88 for common stock. It’s worth noting that both of these figures saw similar increases in 2019 compared to 2018, so the economic downturn may be a factor. Despite those decreases, it did see an improvement in its total assets, which increased significantly, from $2.4 trillion in 2019 to $2.8 trillion in 2020.

Third of the bank stocks on the list is Wells Fargo, which is also the third-largest bank in the U.S. Wells Fargo is based in San Francisco, California. Despite a recent decision to shut down all personal lines of credit, the bank continues to grow. It says it wants to focus its efforts on credit cards and personal loans. Its stock price is up more than 79% over the past year, which is by far the highest on this list. Wells Fargo offers services in a number of areas, including community banking, student loans, equipment lending and retirement.

Citigroup operates the chain of banks consumers know as Citibank. It is the fourth-largest bank in the U.S. It is headquartered in New York City and offers a number of banking services, including investment and retail banking. Citigroup does business in more than 160 countries and has over 200,000 employees. Its revenue was down in 2020, but both its operating income and net assets increased. It also has the lowest PE ratio of all the banks mentioned here, which may help explain why it’s the only bank on this list with a “strong buy” rating, according to TipRanks.

U.S. Bancorp operates the banks known to consumers as U.S. Bank. The company is based in Minneapolis, Minnesota, and is the fifth-largest bank in the U.S. With total assets of nearly $500 billion, it provides services such as lending and deposit services, investment management and foreign exchange. It provides several other services, including credit cards and brokerage services. Its stock price has also increased precipitously this year, with a nearly 70% increase. Only Citigroup has seen a sharper increase in its share price.

Inflation is here, with prices rising 5.4% in June 2020 year-over-year. During such time periods, bank stocks can be an effective hedge against inflation. And, indeed, bank stocks have been on the rise over the past year, along with small-cap stocks.

Remember how these big banks make their money: services like lending and credit cards. Right now, we are seeing modest inflation as people feel they can venture out once again and spend money. Thus, the banks also make money, and their share prices are surging.

However, there is a limit to this trend. If inflation gets out of control, or if we fall back into recession, bank stocks will not fare well. During recessions, people pare back spending. During those times, the best stocks are things that aren’t affected by inflation, such as utilities. For example, check out these water stocks.

So for now, bank stocks are a good investment, but that hinges on inflation not getting out of control.

Most big banks pay dividends; in fact, every bank on this list pays a dividend. Dividends are issued quarterly on a per-share basis and give some shareholders some income while they hold their shares. Annual dividends usually amount to around 1% to 3% of the share price. Thus, you aren’t going to get rich on dividends alone, but they can provide a nice added bonus.

These big bank stocks present some good investing opportunities. Although, their size limits their upside potential. To uncover some better growth and income opportunities, consider signing up for Wealthy Retirement. It’s a free e-letter that’s packed with investing tips and tricks.