Five Beer Stocks to Invest in This Summer

Beer stocks are poised to become a lot more interesting for investors. Many of them are selling at a discount. But that might not be the case for much longer. 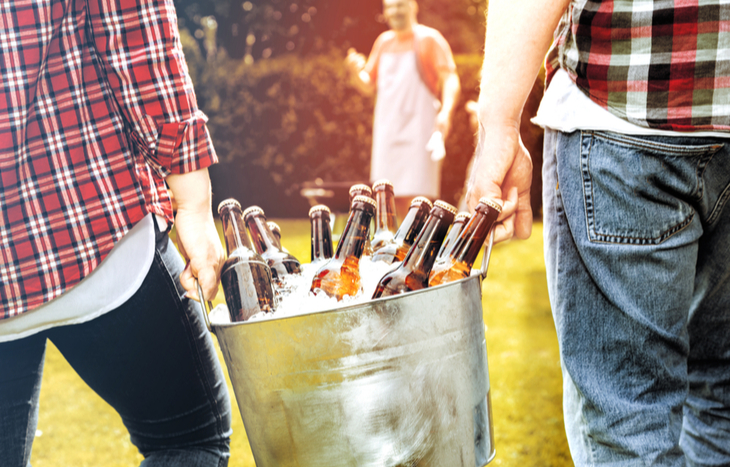 It’s widely reported that during the pandemic, drinking was up. Way up. Somewhat surprisingly though, folks weren’t turning to their usual tipple while quarantined. With few options for “adventure” at hand, many turned to their local liquor store for a sense of exploration. And it’s evident that some chances were taken.

During the pandemic, brandy sales shot up 43%. Whiskey sales went up 39%. Fortified wine sales (like port and madeira) raised 51%. And flavored wine sales grew by a whopping 73%. All of these stats come from Ibotta analysis. Now, you could make an argument that drinkers were just drinking more of what they like. But here’s the kicker: Beer sales were down. Way down in some areas of the market.

Overall, U.S. beer volume sales were down 3% in 2020. Craft brewer sales dropped off by 9% though. And the amount of money spent on craft brews dipped a massive 22%. The pandemic hit the beer industry pretty hard. But there’s good reason to believe the rebound is beginning. In 2021, total domestic beer posted modest growth, with dollar sales up 2.5%.

And this year, beer makers are quickly adapting to the changing times. Breweries are cutting costs with synthetic hops. More breweries are launching taprooms with higher profit margins. And when folks start scratching the itch of adventure via ways beyond the bottle, we’ll see a return to old habits. And it just so happens that we’ve entered the time frame when old habits are most likely to return.

Memorial Day kicks off a potentially profitable trend for investors. Namely, beer-drinking season. Matthew Carr, the Chief Trends Strategist at The Oxford Club, pointed out this phenomenon almost a decade ago. And it rings as true today as it did back then… if not more so. As Matthew noted…

You see, Memorial Day weekend is when Americans really start breaking out their summer equipment…

Few things go better with sitting outside, enjoying the warm weather and the company of friends than a nice cold one.

Following Memorial Day, there’s Father’s Day, the Fourth of July and Labor Day. Then after that, we have Thanksgiving, the winter holidays, New Year’s and the Super Bowl. These are all among the top beer-drinking days of the year. So, these days, it’s expected that beer-drinking season will stretch from Memorial Day all the way to the Super Bowl. And that means this can be a very profitable time of year for these publicly traded beer companies… and shareholders.

One of the largest brewers in Latin America, Ambev is the largest Brazilian company in terms of market cap. It’s also the third-largest in the entire Southern Hemisphere. And yet, its stock is trading for a pittance.

Ambev’s 2021 fiscal year profits eked up slightly. And that’s naturally driven up its share price slightly. However, long term, Ambev is well-positioned with its focus on Central and Latin America, which are made up of several emerging economies. A growing middle class and high rates of economic growth make Ambev a beer stock to keep a very close eye on.

The largest brewer in the world has a veritable chokehold on the industry. With more than 500 beer brands in its product line, the company makes 17 individual beers that generate more than $1 billion in annual sales. And it owns half of the 10 highest-selling beer brands in the world. Nonetheless, the pandemic hit InBev pretty hard. But it’s well-positioned for a rebound when backyard barbecues return.

Household names like Budweiser, Bud Light and Stella Artois are sure to be filling up plenty of coolers this summer. InBev is also making some major headway into the $3 billion hard seltzer industry. It currently offers Bud Light Seltzer, BL Lemonade Seltzer, BON V!V, Natty Light Seltzer and Michelob Ultra Seltzer. It will also be introducing Travis Scott’s hard seltzer line CACTI to the market. Additionally, the reopening of neighborhood bars and restaurants should play a major role in invigorating the sales of both old and new product lines. That makes this one of the best beer stocks to buy before the sales figures are released at the end of the quarter.

The maker of Sam Adams lager has continued to defy logic as its revenue continues to rise at breakneck speed. The company, which started with just a simple Vienna lager, has continuously managed to stay a step ahead of much of the competition.

Before the rising interest in ciders, Boston Beer had several on the market. It launched a line of hard iced teas way back in 2001 under the name Twisted Tea. And the company was right on pace with White Claw when it introduced its first hard seltzer under the name Truly in 2016. Now, Boston Beer stock isn’t the cheapest beer stock. But thanks to advances in investment possibilities, you don’t need to shell out over $300 for a full share of this beer stock. Using trading apps like Stockpile or Robinhood, you can now invest in fractional shares. So even a $20 investment can grow in value just as quickly as a larger one. And that makes this one of the more appealing beer stocks on our list.

Constellation is one of the more diversified picks on our list of beer stocks. It produces and distributes a wide array of beer, wine and spirits. And that diversification has helped it not just withstand the pandemic but also prosper during it.

Even though its stock price is down 5% on the year (about 12% better than the S&P 500), it has outperformed consumer staples. And the ace up its sleeve is a $4 billion investment in Canopy Growth. Canopy and its U.S. counterpart, Acreage Holdings (OTC: ACRHF), are launching THC-infused beverages in California and Illinois this summer. This could be the next big thing in the industry. According to Matthew Carr…

Infused beverages are seen as a game changer for the U.S. market. And the segment offers the highest growth potential not only in 2021 but in the years ahead…
Now, cannabis-infused beverages are still in the early stages…
But this is one of the product launches we’ve been waiting a couple of years for.

Whether for its beer, wine, spirits, or forthcoming cannabis-infused line of products, Constellation Brands is definitely one of the best beer stocks to consider padding your portfolio with.

This legendary brewer was founded way back in 1873. And it has since grown into one of the largest brewers in the U.S. With household names like Miller, Miller Lite, Crispin Cider, Blue Moon and, of course, Coors and Molson, this juggernaut has been making inroads in international markets. The company has made strong moves in Europe, Latin America, Asia and Africa of late. However, much of this progress is yet to be realized due to pandemic lockdowns. But when restrictions fade, Molson Coors profits should brighten exponentially. And that makes this one of our favorite beer stocks to consider investing in.

The Bottom Line on Beer Stocks

Beer stocks are most often considered a long-term play. And they can certainly operate as such. They’re also often thought of as recession-proof investments… though that was before lockdown-induced recessions were a consideration.

The pandemic hit many of the largest publicly traded beer companies makers pretty hard. But knocking back profits should be only a temporary issue. Beer has been around far too long to simply fade into the background. And really, who’s drinking brandy at this summer’s family get-together?