For many new and novice investors, index funds are the safest place to put your money. They’re diversified and generally stable, and they represent the stock market as a whole. You can expect returns to virtually mirror the market’s performance. Best of all, most index funds are virtually cost-free, which means you can invest in market-tracking ETFs without fear of fees eating into profits.

While index funds track the performance of a specific stock market index like the S&P 500 or the Dow Jones Industrial Average (DJIA), there are different methodologies for exactly how these funds mirror performance. To that end, there are a variety of options to choose from when it comes to selecting the best performing index funds.

Here’s a closer look at some of the best performing index funds tracking each major stock market index, as well as an overview of why someone might want to invest in each particular index. 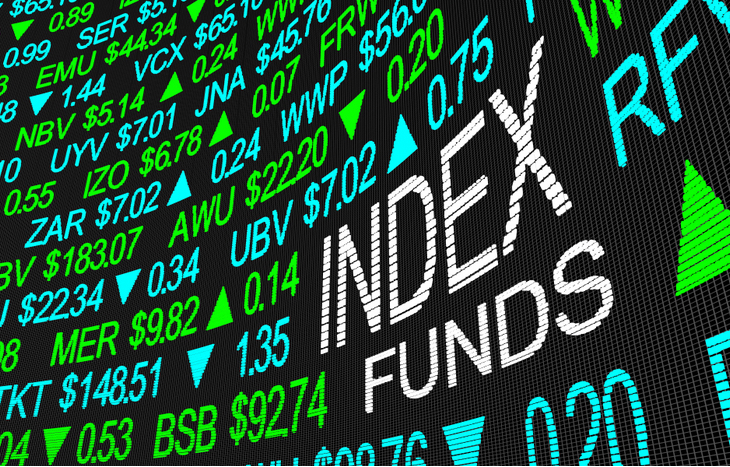 The S&P 500 is perhaps the most prominent representation of “the stock market.” It’s the gold standard for benchmarking the performance of U.S. equities. As the most-followed index, the S&P 500 also has several funds that seek to track and replicate its performance.

Of these funds, SPY is far and away the most popular, and it’s the oldest and most-traded S&P 500 ETF. It’s typically the most-recommended investment vehicle for new investors.

Second only to SPY is VOO, Vanguard’s S&P 500 ETF. While it doesn’t mirror the full breadth of the S&P 500, it does provide an accurate capture of the index’s large-cap allocation. Many investors choose VOO over SPY when they want to narrow their broad-market exposure slightly.

Finally, IVV represents BlackRock’s S&P 500-focused ETF offering. This fund is a good intermediary between the broad scope of SPY and the large-cap focus of VOO; it focuses on large caps but stretches into mid-cap territory.

The Dow Jones Industrial Average (DJIA) is the country’s oldest stock market index and is still widely utilized as a benchmark for economic performance. Unlike the S&P 500, which has several ETFs that seek to replicate its performance, the DJIA has just one: SPDR Dow Jones Industrial Average ETF Trust (DIA). The reason is largely due to the small size of the DJIA (30 stocks) and its emphasis on the largest public companies.

As an alternative, investors can look at the iShares Dow Jones US ETF (IYY), which provides a similar benchmark, but doesn’t specifically mirror the DJIA. It has 1057 holdings, compared to the 30 holdings of the DIA that mirror the DJIA more directly. Some investors prefer IYY because it tracks a broad index of companies that covers 95% of the U.S. market.

Often listed alongside the S&P 500 and the DJIA, the NASDAQ Composite Index has several funds that seek to replicate the returns of the index. Two of the most accessible and most popular include:

Similar to SPY for the S&P 500, QQQ is one of the world’s most-traded ETFs when it comes to the NASDAQ Composite. As is the case with the index it tracks, QQQ has big-time tech exposure and almost no exposure to the financial sector. It’s widely considered a large-cap fund, although it has plenty of growth stock representation.

QQQM is an evolution of QQQ. It tracks a smaller-market-cap weighted index of NASDAQ-listed stocks. For those that want to maintain exposure to big tech without overweighting their portfolio, QQQM is a viable alternative to QQQ. There’s also the less-popular QQEW, which is an equal-weight version of QQQ.

Russell indices are very popular among investors who want broader exposure to small- and mid-cap companies than the other major indices offer. To that end, there are several great best performing index funds to consider, focused on Russell indices:

As the names imply, each of these ETFs tracks a different breadth of stocks. IWB mirrors the Russell 1000; IWM tracks the ever-popular Russell 2000; and IWV mimics the Russell 3000 index. These ETFs are ideal for investors who want to diversify their investment across different cap ranges.

Looking for a broad-market approach to investing: one that tracks total market performance? While IWV offers tremendous exposure, the best performing index fund from a total market standpoint is the Vanguard Total Stock market ETF (VTI). VTI is about as broad as you can get when it comes to index investing, and it’s a favorite of those who want a pure-play approach to indexing.

The Best Way to Get Broad-Market Exposure

Index funds are the best way to gain exposure to as much of the stock market as possible. Or, at the very least, a well-defined segment of the market based on cap size or sector. All investors need to do is pick the index they want to follow and one of the associated ETFs or mutual funds that tracks it. There’s no shortage of options, and it really comes down to preference.

Looking for tips on how to invest in index funds? Wondering what the best performing index funds are across different indices? Discover the best investment newsletters today and get the inside scoop on the best index funds, as well as what makes them viable investments for investors seeking stress-free diversification.