5 of the Best Tech Stocks on the Market

Investors are always looking for the best tech stocks. Technology makes the world go ‘round, and everyone wants to be a part of it. New companies and new technology are constantly popping up to provide investment opportunities. Below is a list of some of the top tech stocks on the market today. 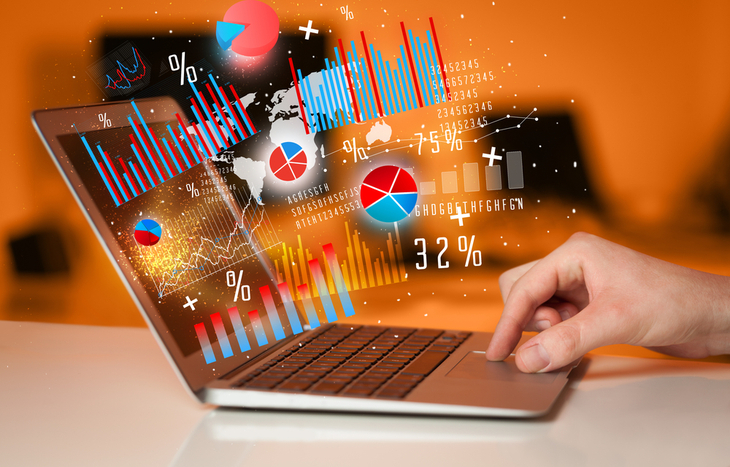 John Warnock and Charles Geschke founded Adobe in 1982. Adobe is a computer software company based in San Jose, California. Its main focus is multimedia and creativity software products. But more recently, the company started creating digital marketing software as well. Adobe is behind Photoshop, Illustrator, Acrobat and Premiere Pro. The company has a cloud-based software-as-a-service.

Adobe is a household name in creative professions. And as the world becomes more digital, the company could see an increased demand for its products.

Jeff Bazos founded Amazon in 1994. The company focuses on e-commerce, cloud computing, digital streaming and artificial intelligence. In 2015, Amazon surpassed Walmart as the most valuable retailer in the U.S. by market capitalization. And in 2017, it acquired Whole Foods in a $13.4 billion deal. Some of its services include:

It’s not a surprise Amazon is named one of the best tech stocks. During the coronavirus crisis, Amazon’s business increased greatly due to an increased demand for delivery services of goods.

STMicroelectronics is a French-Italian electronics and semiconductor manufacturer. Its headquarters are in Geneve, Switzerland. The company boasts its title of Europe’s largest semiconductor chip maker, according to revenue. STM chips are used in the automotive sector to power electric vehicles. The company also makes products for smartphones and data center power solutions switching to 5G.

Some analysts identify STM as one of the best tech stocks because they think STM will see growth in the future. Its technology will be more relevant as more electric vehicle companies bring their products to market and more companies transition to 5G.

Irwin Jacobs founded Qualcomm with six other former Linkabit employees in 1985. The name means “quality communications.” It creates intellectual property, semiconductors, software and wireless technology services. Analysts name it one of the best tech stocks because its product will help bring technology to the next level: 5G.

Qualcomm faced a number of legal battles over the years. It recently resolved its licensing battle with Chine company Huawei. Qualcomm will receive a $1.8 billion payment from the Chinese firm for outstanding fees. It also resolved a legal battle with Apple that started in 2017.

Now that Qualcomm resolved its biggest legal issues, analysts expect those numbers to trend upward. And as more companies switch to 5G, Qualcomm will see increased demand for its products.

If you’re looking for the best investment opportunities, Investment U is the place to be. Sign up for our free e-letter below! It’s full of useful investing tips and research from our experts. And whether you are a beginner or an experienced investor, the best tech stocks could be a good investment.

The experts at Investment U have decades of experience providing the latest market insights and analyzing the latest trends. Learn more on the top tech stocks, sign up for the Investment U newsletter or read the next article below.

Reed Next: Cheap Tech Stocks to Consider for Your Portfolio