The Black Scholes Model is a mathematical options-pricing model used to determine the prices of call and put options. The standard formula is only for European options, but it can be adjusted to price American options as well.

This mathematical formula is also known as the Black-Scholes-Merton (BSM) Model. It won the prestigious Nobel Prize for economics in 1997 for its groundbreaking work in pricing options.

In this article, we will look at the basics of the formula to better understand what it is and how it works. By the end of this article, you should have a foundation in how to price options using the Black Scholes Model. 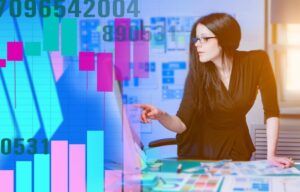 An Introduction to the Black Scholes Model

The Black-Scholes-Merton Model was created by three economists, Fischer Black, Myron Scholes and Robert Merton (hence its name), and it became the first widely used options pricing equation and arguably the most famous.

The mathematical model first appeared in the 1973 paper “The Pricing of Options and Corporate Liabilities” in The Journal of Political Economy, authored by Black and Scholes.

Black unfortunately died two years before Scholes and Merton received the Nobel Prize, and the award is not given posthumously. However, the committee acknowledged the role that Black played in the creation of the Black Scholes Model.

The formula prices options using several different factors, one of the most important is the constant price variation of the underlying security, or its price volatility.

Other factors important to the model include the following:

Assumptions of the Black Scholes Model

The equation assumes that there are no transaction costs associated with purchasing the contract. Generally, this assumption is more likely to be true today than when the model was developed, thanks in large part to platforms like Robinhood and others that don’t charge high fees or commissions for options trades.

The Black Scholes Model takes into account current interest rates and expected volatility. To do this, it assumes that these elements – including the risk-free interest rate – are known and constant throughout the life of the contract.

The model assumes that the Efficient Market Theory – a hypothesis that all available information is currently priced into the market, making market movements random and unpredictable – is true.

The formula assumes that the underlying security doesn’t pay dividends during the life of the option. However, some analysts adapt the formula to consider dividends. In general, it can be adapted if you know the price of the underlying stock on the ex-dividend date.

The formula may look intimidating, but here’s the good news: You don’t really need to understand the underlying math to use it for options pricing.

Generally, there are tools you can use that can help calculate prices. These include spreadsheets, trading platforms and online calculators. You can find them with a simple Google search. For a more generalized tool though, check out this free investment calculator.

You can write the Black Scholes formula in different ways, including this one:

Intimidating, yes. But here’s how it all shakes out:


D1 and d2 are variables that you calculate based on underlying equations. D1 is a logarithmic equation that takes into account expected volatility and d2 is an equation derived from d1 and the time to maturity.

Again, while the math is complicated, you don’t need to fully understand it to use the formula in your options strategies. You can use a variety of tools out there to perform the calculations for you.

If you enjoyed this article on the Black Scholes Model, check out the next article in our series on options trading, “Selling Put Options.” And there are many other investment strategies and opportunities to consider…