European Options: What They Are and How They Work

European- and American-style options have different positives and negatives, which can make each style more attractive in different situations. And they can both be profitable when used correctly in the right circumstances.

In this article, we will look at European options to gain an understanding of what they are and how they work. By the end of this article, you will have a strong sense of how to use them in trading the market. 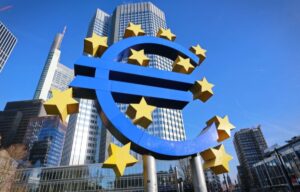 What Are European Options?

European options are options that can be exercised only on the maturity date of the contract. For example, if you have a call option that matures on November 21, you can execute it only on November 21.

In contrast, an American option with the same expiration date can be executed at any time prior to November 21 or on that date. Due to this flexibility, the premium (cost) of an American options contract is usually higher than that of a European-style one.

Generally, if you want to buy an option on a particular security, such as Coca-Cola (NYSE: KO), you cannot choose between American- or European-style contracts. Only one or the other will be available.

While American options tend to be available for individual stocks like Coca-Cola, European contracts tend to trade on index funds such as ones tracking the S&P 500 Index (INDEX: .SPX).

If there’s a situation where both types of contracts are available on one underlying security, one or the other may make more sense. For example, if you plan to hold the option to maturity, buying a European-style contract will be cheaper than the American-style alternative.

Let’s say you’re interested in purchasing put options on XYZ Index with a strike price of $50. The contract costs you $5, and you believe that XYZ Index will be trading at around $40 on the expiration date of December 21.

Suppose that on December 10, the contract is deep in the money and XYZ Index is trading at $35. If this is the case, you would be tempted to exercise the option. But, unfortunately, you can’t because this is a European option, and you must wait until December 21 to exercise it.

One move you could make would be to sell out of your position in the option contract. Because the contract is deep in the money, it’s very likely that your European option contract will be trading above the $5 premium you paid for it.

Let’s say it’s currently trading at $8. If you sell the contract back on the open exchange, you can earn $3 on the trade – the spread between what you paid for the option and what you sold it at.

However, you can also choose to continue holding the contract and hope that by the time it expires, XYZ Index is still in the money. If it’s trading below $45, you will make a profit on the trade because it will more than cover the premium you paid on the contract.

When it comes to European options, dividends are an issue. Holding an options contract such as a call or a put does not entitle you to dividends from the underlying asset.

Say you have a European-style call option on XYZ stock with an expiration date of December 21 and it pays a dividend of $2.50 on December 15. The ex-dividend date is December 10. But you aren’t entitled to those dividends because you don’t actually own XYZ stock.

On the other hand, if you owned an American-style call option on XYZ Index, you could exercise the option before December 15, take delivery on XYZ stock and be entitled to those dividends. Then, you could reinvest those dividends for even more returns.

As a result, dividends are another factor that can make American-style options more valuable than their European counterparts. Though, of course, if no dividends are paid out then this factor is irrelevant.

Because of this trading halt, there remains the possibility that a slightly out-of-the-money contract will find itself in the money by the time it is settled. However, this rarely happens, and usually the contract will expire worthlessly.

The opposite is also true. A slightly in-the-money contract Thursday at close could find itself out of the money when the trade is settled up on Friday, and suddenly, a contract that had value could see that value disappear overnight.

European options, which as mentioned above tend to trade on index funds, can be valuable financial assets for stock traders. However, their limited flexibility compared with American-style options lowers their value.

If you found this article on European options valuable, I encourage you to keep an eye out for the next article in this series on options trading, which will be about the famous Black Scholes Model.

Read Next: The Black Scholes Model – An Options Pricing Formula