Will there be Boom Supersonic stock? This startup is hoping to deliver the future of aviation. And with groundbreaking technology comes investors wanting a piece of the action. But should investors expect Boom Supersonic to IPO in the near future? Here’s what we know… 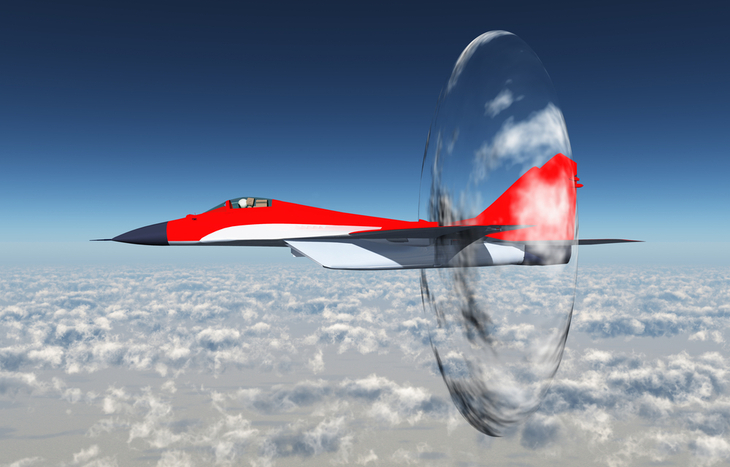 Overture airliners will be a 100% carbon neutral fleet. It has a planned range of up to 4,250 nautical miles. The craft measures a length of about 200 ft with a passenger capacity between 65 and 88 people. The company hopes to introduce the airliner by 2030.

With Boom Supersonic’s fleet, flight times will be cut in half. The company claims the Overture will be able to fly from Tokyo to Seattle in four hours and 30 minutes. That’s four hours faster than the typical flight time.

With this technology, the travel industry could change greatly. Business meetings can be done in person while also being able to go home that same day. If there’s a global crisis, help can be there in half the time. But this startup’s technology isn’t the only reason investors are starting to look into Boom Supersonic stock.

Why Boom Supersonic Stock: The Progress

There are two big reasons Boom Supersonic is getting attention. The first involves its latest funding round. And the second comes from a number of recent announcements.

If you’re unfamiliar with the term “unicorn,” it refers to a private company with a valuation of $1 billion or more. And if Boom Supersonic stock comes to market, that value will be reflected in the price. In December 2021, CEO Blake Scholl announced it was raising $50 million in a funding round. It was this funding that brought the startup’s value to unicorn status.

WRVI Capital’s Michael Marks led the investment. The round brought Boom Supersonic’s total funding to $210 million. In total it has raised around $250 million across seven rounds of funding. The most recent taking place in June 2021.

The funding will help the company in its goal to have a scaled-down prototype fly next year. Additionally, Boom Supersonic hopes to break ground for a full-scaled aircraft factory in 2022. If everything goes as planned, its first commercial plane could be flying by 2026.

In June 2021 Boom Supersonic announced its first partnership with a major airline, United. In this deal, United will purchase 15 of the Overture airliners, with the option to buy 35 more. These planes will start carrying their first passengers in 2029.

Boom Supersonic plans to take an approach similar to Tesla when it first started manufacturing vehicles. Fares for Boom Supersonic’s flights will start at a business-class level before the company can lower it to economy-class prices. But the bottom line is Boom Supersonic hopes to make supersonic airflight available and affordable to all by the end of the decade.

Another reason for Boom Supersonic stock rumors is the company’s growing executive suite and advisors. It includes some impressive names.

Phil Condit: former chairman and CEO of Boeing where he more than doubled revenue during his service and led a number of commercial programs, including the 747 and 757. He commented…

The potential of faster flight is an exciting next step in civil aviation. I was drawn to Boom by the significant progress the team has already made in developing a sustainable supersonic airliner. Boom’s team has the technical depth and know-how to deliver on its vision, and I’m excited to have another opportunity to help make aviation history.

Tim Brown: executive chair of global design firm IDEO and advocator for human-centered approach to innovation. Brown will work to develop the ideal flying experience for passengers and crew. He added…

Boom has an inspiring vision of global connectivity, and I am inspired by the company’s commitment to sustainable speed. Overture is an opportunity to create a truly human-centered travel experience. While the first-order benefits of faster travel are clear, I’m fascinated by what second-order benefits supersonic commercial airplanes will offer.

With these moves, it’s not surprising investors are wondering if Boom Supersonic stock is the next step. But will this startup go public?

Travel stocks are growing. In fact, Sun Country Airlines was one of the top recent IPOs for March. However, that trend stems heavily from the travel restrictions placed during 2020. For Boom Supersonic to play that growth, the company would need to IPO relatively soon.

And that’s more than likely not the case. Although nothing is for certain, Boom Supersonic doesn’t have a working prototype yet. And its first flights are still a few years away.

It’s possible the company could decide to offer Boom Supersonic stock in an attempt to raise funds for its project. However, the company has $6 billion in pre-orders and increasing investor support. As well as a promising partnership with United. That means it’s unlikely Boom Supersonic will need to rely on retail investors for funding in the near future.