John McCain may have lost the 2008 election, but his campaign mantra came true.

The past decade has been revolutionary for American energy. Thanks to hydraulic fracturing, or “fracking,” the U.S. surpassed Russia and Saudi Arabia to become the world’s largest oil producer. 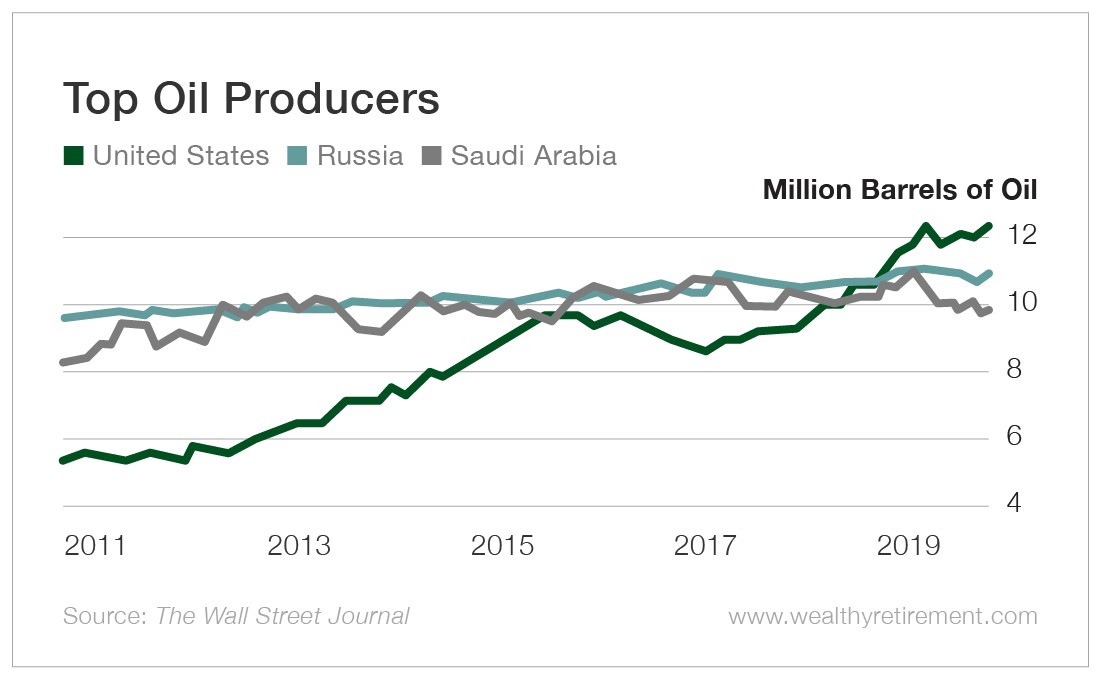 This is an “only in America” kind of story. U.S. companies, using technology developed here, leveraged the free market system to radically change America’s energy profile.

It’s hard to overstate how profound this change is – especially for those who remember the “energy shocks” of the 1970s.

Back then, we were at the mercy of OPEC. Now America holds a much stronger hand in the world’s largest – and arguably most important – industry.

But America’s energy revolution has not benefited energy investors – at least not yet. The sector has been a dismal performer in the past decade relative to the S&P 500. 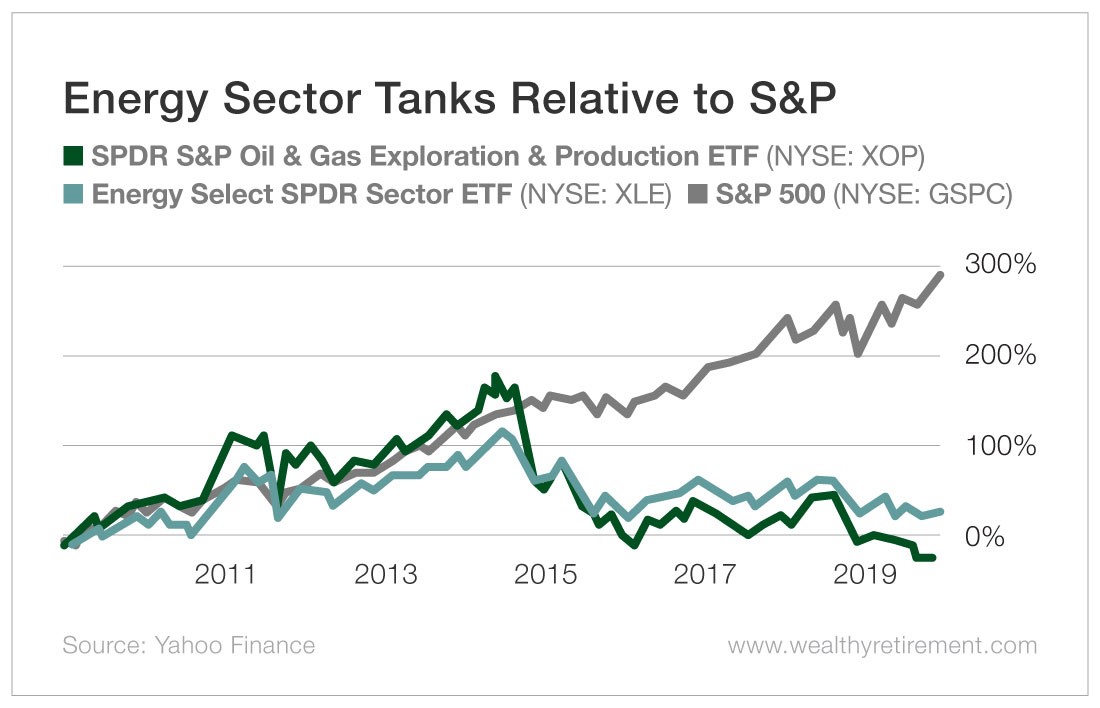 There is a simple reason for this: The increased supply of American oil has overwhelmed demand during a decade of sluggish global growth and pushes to use alternative sources of energy.

The sector has jumped in the days since the U.S. military killed Qasem Soleimani, a top Iranian general. Soleimani was head of the Quds Force, which the Trump administration designated a foreign terrorist organization in April.

Investors bid up the price of oil in reaction. Soleimani’s killing raises the threat of a wider war in the region, and Iran’s supreme leader, Ayatollah Ali Khamenei, and other senior Iranian officials have vowed to retaliate.

Heightened tensions in the Gulf are good for oil prices – even if they’re bad for humanity.

But my bullish view on energy is not based on geopolitics. Notably, crude prices retreated sharply to start this week even as tensions between the U.S. and Iran stayed hot. Instead, I’m focused on three key drivers:

The forward price-to-earnings (P/E) ratio of the energy sector was 17 at the end of 2019, according to Yardeni Research. That’s slightly less than the S&P 500’s overall ratio, suggesting energy could be trading at a value.

Plays for Investors Big and Small

“You wouldn’t know it from the stocks, but oil is 25% higher than a year ago,” Lynch recently told Barron’s. “I’m buying companies that I don’t think will go bankrupt.”

Lynch didn’t name names, but he said U.S. small cap oil and natural gas stocks could be “three-baggers” in the coming decade.

One way to play this trend is via the SPDR S&P Oil & Gas Exploration & Production ETF (NYSE: XOP).

Another top holding, Apache Corp. (NYSE: APA), jumped 25% on Tuesday after an upgrade from J.P. Morgan.

The SPDR S&P Oil & Gas ETF is a way to bet on a continuation of the U.S. shale revolution and the potential for a global economic rebound in 2020.

A wider war in the Middle East will also boost the energy sector, but it’s far too unpredictable a situation to make investing decisions around – and I’m certainly not rooting for it.

I much prefer to stick to the macroeconomic fundamentals, which are lining up in energy’s favor.