Can Luckin Coffee Stock Recover in 2021?

Luckin Coffee (OTC: LKNCY) has had a year of turmoil. Although much of the stock market recovered from a rough winter, Luckin Coffee stock has yet to recover from its devastating spring. But that’s because its woes are alleged financial fraud, not COVID-19 or the broader economy.

As a result, the Starbucks (Nasdaq: SBUX) competitor from China has lost much of its value. The stock dropped about 90% from its highs in January. But is there a chance that Luckin Coffee could recover?

In this article, we will look at the latest developments in the Luckin Coffee scandal and see if there’s still any room for the stock to bounce back in 2021. 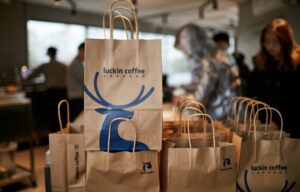 The Securities and Exchange Commission alleged that the Chinese coffee company participated in fraud by fabricating much of its 2019 revenue, and it seems to have underreported its 2019 net loss.

On Wednesday, Luckin Coffee settled its lawsuit with the SEC to the tune of $180 million. The Starbucks competitor agreed to pay this large sum, but so far it hasn’t admitted or denied any wrongdoing according to the SEC. Chinese securities regulators are also investigating the company.

Dr. Jinyi Guo, the firm’s acting chairman and CEO, said in a statement…

This settlement with the SEC reflects our cooperation and remediation efforts and enables the company to continue with the execution of its business strategy. The Company’s board of directors and management are committed to a system of strong internal financial controls and adhering to best practices for compliance and corporate governance.

After the scandal, Luckin Coffee was delisted from the Nasdaq exchange. Its shares plummeted in the wake of the alleged fraud, and it has been unable to recover since.

While the company was engaging in these alleged practices, the SEC argued that the company raised more than $864 million in funds from both debt and equity.

In January, Luckin Coffee stock reached as high as $51. But since then, Luckin has lost about 90% of its value on the year, devastating its investors. After its crash when news of the scandal came out in April, its share price has been hovering between $2 and $5, and the stock closed yesterday at $3.74 in over-the-counter trading.

In April, the company admitted that as much as $310 million in sales were invented by COO Jian Liu and other employees. That amounted to about 40% of projected sales.

The stock currently has earnings per share (EPS) of -$2.44. And its price-to-earnings ratio (P/E ratio) is currently at about -1.53. Given the bleak financial outlook of the company, is there any hope of a turnaround in 2021? Can Luckin Coffee stock recover?

In theory, it is understandable why some investors would still like Luckin Coffee’s stock. After all, the idea of “the Starbucks of China” is appealing. There are a lot of people in China. And there’s a lot of coffee to drink there. In fact, China’s coffee consumption has grown by 16% annually for the past decade.

On the other hand, Luckin is now known more for its accounting scandal than its coffee. True, the company has been keeping a low profile lately. But, in the wake of a scandal caused by lying and a lack of transparency, it’s hard to see how investors would view that as a positive only.

At the end of the day, Luckin Coffee is a high-risk stock. If the company manages a massive financial turnaround and reputation overhaul, it could possibly bounce back. But it is hard to see this as the most likely scenario.

If you’re looking to invest in some trendy stocks, there are likely much safer – and more profitable – plays out there. And nobody knows more about such plays than Profit Trends‘ Chief Trends Strategist Matthew Carr.

To learn more about other stocks we like more than Luckin Coffee stock, be sure to sign up for Profit Trends in the subscriptions box by entering your email address now.