As the crypto market wanes in 2022, many speculative investors have begun turning their attention to smaller, up-and-coming coins. Meme coins in particular have gained a cult following. Some cryptocurrencies that started as novelties or jokes have now become legitimate investments. Shiba Inu is chief among them. But many are asking themselves, can Shiba Inu reach $1?

Shiba Inu coin, officially named Shiba Token, has seen explosive growth in the past year. Up 47,000,000% since its creation, many have begun speculating that it’s the next big coin. And while it’s currently valued around $0.00002700 (April 2022), major volume and heavy investment activity are fueling rumors of big-time price appreciation in the future. The question is, can Shiba Inu reach $1? 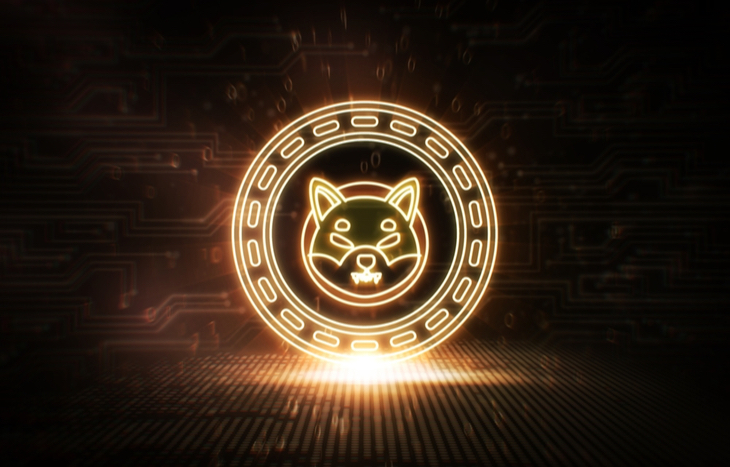 Investors waiting on SHIB to hit $1 are going to find themselves waiting a long time. In fact, there’s virtually no way Shiba Inu Coin can reach the dollar. And barring some incredible revolution in the way we think about money. Here’s why.

The circulating supply of SHIB is 549,063.28 billion coins: much too high to justify any real shot at a dollar valuation. A dollar value would make SHIB worth $549 trillion, dwarfing every single economy in the world. To put it in perspective, Apple (Nasdaq: AAPL) is encroaching $3 trillion market cap. The coin would need to see another astronomical appreciation of 50,000% to even sniff $1. When you look at the performance of the coin since inception, it’s an even stronger case against SHIB reaching a buck.

In late March, the coin popped 25% on the news of some hefty investments. However, it’s important to note that the coin is still down roughly 70% from highs reached in October 2021. Looking back since its creation, SHIB has seen three big booms. This is followed by fallout that drove the coin’s price back down to just above its run-up price.

Those waiting on a one-dollar valuation will need several more significant booms and the ability to sustain price between them.

Hitting a dollar might be a near-impossible feat for SHIB based on its current float, but it’s not necessarily impossible if the coin handles its dilution and becomes a viable currency. The coin has made great strides in gaining a following, and has gained acceptance on heavily-used platforms like Binance. The #SHIBArmy is strong, strong enough to propel the coin into the mainstream. But first, it needs more practicality.

The biggest practical factor working against Shiba Inu coin is its lack of real-world applications. Where Ethereum, Bitcoin and other major coins are stores of value and mediums for exchange, Shiba Token lacks function. Right now, SHIB really only has applications within the “Shiberse,” an up-and-coming ecosystem within the Metaverse.

The good news is that SHIB is making strides to go mainstream. In December 2021, Flexa added the coin to its payment network, allowing payees to use Shiba when transacting with more than 40,000 merchants. While this is a great stride toward improving adoption and facilitating liquidity, it’ll take time for Shiba Inu’s price to reap the benefits.

The other knock against SHIB is its slow processing times and high transaction fees: a crippling combo. These factors have further prohibited practical adoption, and need a resolution before the coin can begin to grow sustainably. So, can Shiba Inu reach $1?

Here again, Shiba Inu is making great strides toward a solution: the “Shibarium.” This is a two-layer blockchain that’s designed to run atop the Ethereum network, which will directly address speed and cost challenges that currently plague the coin. An efficient blockchain will speed transaction times and facilitate processing at a fraction of the cost, opening the door to more transaction opportunities.

As mentioned, there have been three massive spikes in the price of SHIB since the coin’s inception. In mid- March, someone poured nearly $5 million into SHIB, purchasing a whopping 200.5 billion Shiba Inu tokens. Only weeks before, that same investor took the plunge on 3.7 trillion tokens. It’s a clear sign that someone sees the potential of this coin as more than just a meme.

In fact, Shiba Inu is a magnet for big-time investors. According to compiled data, “about 64% of SHIB’s wealth distribution is concentrated in its top 10 holders.” This concentrated wealth has both good and bad implications for SHIB believers. On one hand, it’s a clear sign of confidence that investors feel comfortable enough to park large sums of wealth in the coin. On the flip side, should any of these whales decide to divest themselves, the coin’s price is likely to plummet, taking virtually everyone with it.

SHIB investors have some confidence knowing that at least one of the whales is a safe bet on stability. In May 2021, Ethereum co-founder Vitalik Buterin burned 410,241,996,771,871 SHIB ($7.3 billion) by sending it to a dead address. The transaction effectively cut the coin’s total circulation by 41%. This effectively reduced the concentration of wealth among top SHIB owners to about 23%. Nevertheless, as recent transactions show, deep-pocketed investors continue to flock to SHIB and bring smaller speculative investors with them.

The odds of Shiba Inu Coin reaching a dollar anytime in the near future are nonexistent. While there’s certainly interest in the coin, its current fundamentals and lack of practical application present an overwhelming case for the current value at fractions of a cent. That said, a far more reasonable target could very well be one penny.

As it continues to pursue aggressive strategies to promote adoption and use, SHIB remains a coin to watch. And, for those willing to gamble on what could be the next big thing, it’s worth investing in with reasonable expectations.