3 Carbon Capture Stocks to Invest in

For years, the entire world has been focusing on finding legitimate alternatives to fossil fuels. A few of the most common options include solar, wind, and electrical energy. However, any meaningful transition to any of these sources is still at least five to ten years away (if not more). In the meantime, there is still a gigantic need to reduce the amount of carbon dioxide that’s entering the Earth’s atmosphere. For this reason, there’s a good chance that carbon capture stocks could become incredibly lucrative while the world is waiting for this transition to take place.

This article will take a quick look and what this technology is. It will also examine the three best carbon capture stocks to buy. 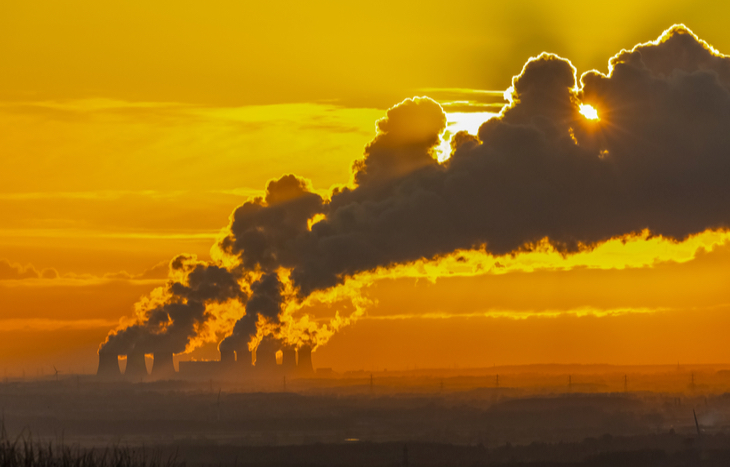 What is Carbon Capture?

To visualize carbon capture, imagine putting some type of bag over your car’s exhaust pipe. This bag would then trap your carbon dioxide emissions. When the bag fills up, you can simply throw out the emissions. This type of system would allow you to continue using your gas-powered car without worrying about its impact on the environment.

The actual carbon capture process is much more nuanced than what I just described. Since carbon dioxide is a gas, it can’t just be caught in a bag. Instead, it needs to be chemically separated at a molecular level.

Due to the complexity of this process, carbon capture is still a developmental technology. However, if it becomes financially viable then there’s a good chance it could become commonly used almost overnight. It might even reduce the reduce need for alternative energy sources altogether. Humans could continue to use fossil fuels, capture carbon, and reduce their impact on the atmosphere to almost nothing.

It would help humans bridge the gap between our existing fossil-fuel-powered world and a clean future powered by alternative energy.

With that in mind, let’s take a look at three carbon capture stocks.

FuelCell Energy offers a carbon capture system that has two main benefits. First, it captures emissions from existing coal or gas-powered plants. This destroys about 70% of the plant’s pollution. However, it’s the second part of FuelCell’s process that makes it one of the top carbon capture stocks out there.

While capturing carbon, FuelCell’s technology actually creates more power. This means that it acts as a net positive for the plant. Instead of consuming power to fuel its carbon capture process, FuelCell helps the plant produce more energy. This means that gas-powered plants earn a return on investment by incorporating FuelCell’s tech. This small reason could end up making all the difference for FuelCell.

As much as corporations hate to admit it, they make decisions based on what makes sense financially. Every company wants to be seen as “environmentally friendly”. However, they sing a different tune when it’s time to open the checkbook and reduce their carbon emissions. FuelCell offers a unique solution that makes sense both financially and environmentally. This could help it become a no-brainer when corporations are searching for a carbon capture partner.

It’s also worth noting that it won’t be easy for competitors to copy FuelCell’s technology. FuelCell currently owns 143 U.S. patents related to its fuel cell technology. Outside of the U.S., it owns another 164 patents.

FuelCell is yet another example of an alternative energy company whose business is rapidly expanding. In 2021, it posted annual revenue of just $69.6 million. However, it also has a backlog that’s worth $1.29 billion. On top of that, it also has $432.2 in cash on hand to help fund 2022 its operations in 2022 and beyond.

Keep reading for more on the best carbon capture stocks.

Bloom Energy is a California-based alternative energy company. One of its main offerings is providing carbon capture services. Bloom recognizes that most companies have set goals of becoming carbon neutral in the next few decades. However, many of them have no plan to achieve this. On top of that, many existing carbon capture solutions aren’t as green as they seem.

Most conventional methods require lots of energy to separate out carbon dioxide. This essentially offsets the environmental benefits that carbon capture hopes to achieve. On the other hand, Bloom Energy’s carbon capture process uses biogas. This allows it to achieve carbon-negative power.

In 2021, Bloom Energy reported annual revenue of $972 million as well as a net loss of $164 million. However, the tide could be set to turn for Bloom Energy. From 2020 to 2021, the contract value of Bloom’s backlog more than doubled from $1 billion to $2.4 billion. This could be a sign of a brighter future ahead.

Keep in mind that Bloom Energy offers eight services in total. This means that its success in carbon capture could still only make up a small portion of its revenue. If you’re interested in pure-play carbon capture stocks then your best bet is Aker Carbon Capture.

Aker Carbon Capture is one of the few pure-play carbon capture stocks out there. It was spun off of the Norwegian energy giant, Aker Group. It only operates in Norway, Denmark and the U.K. And, it just started trading on U.S. exchanges in 2021.

One thing to note is that Aker’s team believes that simply transitioning to alternative energy sources won’t be enough to meet the requirements of the Paris Agreement. Essentially, they claim that it’s not enough for companies simply offset or reduce carbon emissions. Instead, they need to start actually removing carbon from the atmosphere. This tailwind is already beginning to take shape.

From 2020 to 2021, the number of global carbon capture facilities more than doubled. This brought the world’s total capture capacity to around 200 million tons of carbon dioxide per year.

As one of the only pure-play carbon capture stocks, Aker is uniquely positioned in the market. It owns a handful of patents that protect its technology from competitors. Its technology has also clocked in 50,000 operating hours so far. If its business is successful in Europe, there’s little doubt that it will quickly expand globally.

I hope that you’ve found this article on the three best carbon capture stocks to be valuable! Please remember that I’m not a financial advisor and am just offering my own research and commentary. As usual, please base all investment decisions on your own due diligence.