5 Hydrogen Stocks to Buy: A New Approach in the Race for Clean Energy

The world is desperate for energy alternatives to traditional fossil fuels. For the most part, Elon Musk and Tesla tend to dominate this industry. However, Tesla’s stock is already up over 1,000% since 2020. For this reason, clean energy investors are looking for other emerging energy sources where they can park their money. One of the early leaders is hydrogen. This article will take a quick look at the five best hydrogen stocks to buy. 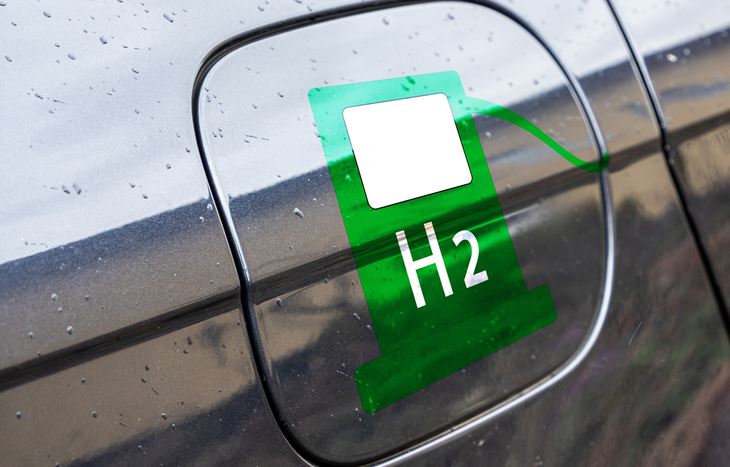 Why Invest in Hydrogen Stocks?

Hydrogen is the most abundant element in the universe. It’s also one of the lightest. When used as an energy source, hydrogen has three main advantages:

Right now, there are two main alternatives to fossil fuels. These alternatives include ithium-ion electric batteries and renewable sources. There are a few problems with both solutions. For example, lithium-ion batteries are incredibly heavy and rely on rare materials. Renewable sources, like solar and wind, rely on environmental activity that is out of human control (AKA unreliable). On the other hand, hydrogen is plentiful, clean and easy to use.

Despite the advantages listed above, hydrogen has never made significant progress as a fuel source. But, in the wake of the Russia/Ukraine conflict, the U.S. is revisiting the national conversation on energy independence.

This could prove to be a massive tailwind that leads the nation to revisit hydrogen energy in the coming years. Carefully examine the best hydrogen stocks to buy now. By doing this, you could get ahead of the potential trend.

Hyzon Motors is one of only hydrogen stocks to buy that actually makes hydrogen-powered vehicles. It mainly focuses on the commercial sector and has a portfolio of three vehicles. Hyzon’s vehicles include two semi-trucks and a coach bus.

Despite operating in such a new industry, Hyzon is much bigger than you’d think. It operates in six markets globally and has over 200 employees. It also already has hydrogen-powered vehicles out on the streets. This is more than a lot of EV startups can say.

In 2021, Hyzon Motors delivered 87 vehicles. This brings the total number of Hyzon vehicles on the road to over 500.

It’s also worth noting that Hyzon’s backlog has more than tripled in the past year. In 2021, it had a backlog of $83 million. And it has since skyrocketed to $287 million. If you’re not familiar, a company’s backlog is its list of orders that have been placed but not completed yet.

Hyzon Motors just went public in late 2020 and is not profitable yet.

One of the things that makes Air Products one of the top hydrogen stocks to buy is its industry experience. It has been supplying companies with different fuel styles since 1940. Air Products is also a veteran in the hydrogen energy space. And it deployed its first hydrogen fueling station in 1993.

Air Products posted a 2021 revenue of $10.32 billion and a net income of $2.1 billion. This gives it plenty of expertise and capital to expand its hydrogen business.

Bloom Energy is a company that is “making clean, reliable energy affordable for all.” This includes carbon capture, hydrogen gas and more. Similar to Air Products, Bloom Energy’s forward-thinking approach is not new. In fact, Bloom’s co-founder, Jim McElroy, built the world’s first hydrogen fuel cell for NASA in the 1960s.

For example, a company like Nike understands how to produce, market and sell athletic apparel. However, it most likely doesn’t have the expertise or resources to reduce its (probably large) carbon footprint. For this reason, companies like Bloom Energy could become pivotal during the energy transition. Large corporations will rely on the Bloom Energys of the world to achieve their goals of carbon neutrality.

This could already be materializing for Bloom Energy as its backlog has exploded in recent months. From 2020 to 2021, the contract value of its backlog more than doubled from $1 billion to $2.4 billion.

The main thing that makes FuelCell one of the top hydrogen stocks to buy is its technological moat. FuelCell currently owns 143 U.S. patents related to its fuel cell technology. Outside of the U.S., it owns another 164 patents.

FuelCell is yet another example of an alternative energy company whose business is rapidly expanding. Right now, it has a backlog of $1.29 billion. It also has $432.2 in cash on hand to help fund 2022 and beyond.

This vertically integrated service makes Plug Power an easy choice for large corporations that want to achieve carbon neutrality. Instead of partnering with a company that provides a partial solution, companies can partner with Plug Power which does it all. This could be what helped Plug Power secure a deal with Walmart to be its green hydrogen supplier.

This deal allows Plug Power the option to deliver up to 20 tons of liquid green hydrogen per day to Walmart’s distribution centers. Plug Power works with several other powerhouse organizations. In addition to the world’s largest retailer, its client list includes Boeing, NASA, Amazon, FedEx and The Home Depot.

I hope that you’ve found this article valuable when it comes to finding the five best hydrogen stocks to buy! Please remember that I’m not a financial advisor and am just offering my own research and commentary. As usual, please base all investment decisions on your own due diligence.