Cardano Price Prediction for 2022 and Beyond

Cardano made waves in the crypto world when introduced in 2015. Instead of the de-facto “proof of work” model popularized by Bitcoin, Cardano utilized a “proof of stake” consensus model. This lower barrier to entry quickly popularized the coin when it began trading publicly in 2017. Since then, Cardano has remained a top 10 cryptocurrency in both popularity and trading volume. When it comes to a Cardano price prediction, there are several key drivers to look at, as well as some potential headwinds.

Cardano is a favorite of new crypto investors because of its low price point. Early investors were able to get Cardano at fractions of a cent when it debuted. It experienced exponential growth in 2021. However, the coin trades around a very amenable $0.50. It presents an appealing opportunity for those who believe Cardano’s most prolific days are still ahead.

How high could Cardano rise in 2022 and beyond? Let’s break down an educated guess. 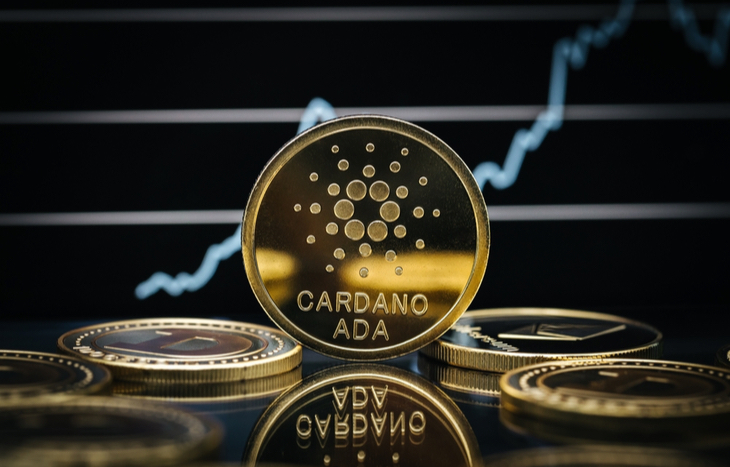 Cardano Price Prediction: What is Cardano?

Many traditional investors still view cryptocurrency as something of a Wild West. However, many favor Cardano in a significantly better light. The reason? Its history. Not only does it date back to 2017, making it a well-established coin. It also carries the clout of Ethereum co-founder Charles Hoskinson.

Cardano is regarded as the first third-gen cryptocurrency. It’s the first coin created on a proof-of-stake platform, founded on peer-reviewed research and developed through evidence-based methods. In simpler terms, it’s a crypto asset that’s more heavily rooted in the potential of blockchain than as a pure value-carrying asset.

As mentioned, Cardano’s proof-of-stake represents an alternative to the traditional proof-of-work model pioneered by Bitcoin. Instead of using processing power to solve algorithms, proof-of-stake uses validators with a vested stake in the blockchain to ensure the validity of new entries. Moreover, Cardano’s blockchain has two layers. It has the Settlement Layer (CSL) and the Computing Layer (CCL), which allow it to process transactions quicker and more affordably.

The Cardano platform was designed to validate blockchain contracts. The coin (ADA) is a store of value, a payment token and for staking transactions (gas fee) on the blockchain. There are just under 34 billion Cardano coins in circulation and significant volume that sees these coins change hands on a daily basis.

Cardano is a veteran cryptocurrency that’s traded actively for several years. Despite this, most of the coin’s price appreciation has come in the last year. From January 2021 to September 2021, the coin value jumped from ~$0.20 to an all-time high of $3.10 before dropping back down to ~$1.30 by year-end.

Like most cryptocurrencies, Cardano suffered in the early 2022 crypto crash, dropping all the way to $0.75 in February. The coin has since dropped further to trade near $0.50. All in all, regarding Cardano price prediction, the price has been relatively steady since June. However, it could climb in the months to come.

There are several significant tailwinds poised to drive a potential Cardano price prediction to new heights in 2022. Namely, the rollout and adoption of smart contracts.

On March 28, Cardano launched Milkomeda, an integration tool that allows it to interface with other blockchains. Developers also recently orchestrated a bridge to Ergo. An exchange meant to increase liquidity between the Ergo and Cardano networks. These projects and others are just the tip of the iceberg and serve a greater purpose. The purpose is to satisfy the growing institutional demand for blockchain contract validation capabilities.

While Cardano seems set to scale rapidly in 2022, there are a few factors that lend credence to a bearish case. Specifically, Cardano has already faced congestion on the blockchain as it launched its new NFT marketplace earlier this year. Bears believe this congestion will spike higher as demand for smart contracts rises. If congestion issues do persist, Cardano could find itself struggling until its next hard fork event. Thankfully, it appears there’s forethought to this issue. There was a hard fork in June, specifically aimed at speeding up transaction times.

Cardano is consistently in the top 10 cryptocurrencies (according to Coinbase) for both popularity and volume. In April 2022, it has bullish sentiment from investors and strong buy rating from most major crypto analysts. It begs the question: what’s a reasonable Cardano price prediction in 2022?

Assuming Cardano continues to see demand for its smart contracts and is able to remedy blockchain congestion with its upcoming hard fork, there’s significant room to run in 2022. If it can find support at $1.50, the run-up could be as high as $2+ as it retraces the path back to its 2021 highs. Should the crypto market continue to trade sideways or pull back again, Cardano is equally likely to tumble.

At $2, Cardano would have a market cap of roughly $67 billion, which is good for top five on the current crypto landscape. And while other coins would surely surge on positive market uptrend, it’s not unreasonable to think Cardano’s current opportunities could push its price to outpace the market.

Is Now a Good Time to Invest in Cardano?

For believers in a proof of stake model who are looking for a low barrier to entry cryptocurrency to put their faith behind, Cardano is a stellar investment. Public for five years, it’s a veritable market veteran and its strong, consistent volume indicates that there’s still plenty of interest in the coin. Now is a great time to invest, with growing demand for its technology and potential price appreciation on the horizon.