Is Carnival Stock a Buy Ahead of Earnings?

Perhaps no industry had a tougher pandemic than the cruise industry. When cruise ships are not filled with passengers, they essentially just become gigantic cash-guzzling machines. Many cruise stocks have still not returned to pre-pandemic levels. In particular, Carnival stock is down nearly 80% since early 2020. However, Carnival (NYSE: CCL) has started operating again and reported a few small wins. For example, it has increased its average revenue per passenger by 7.5%. With that in mind, let’s examine whether Carnival stock is a buy ahead of earnings. 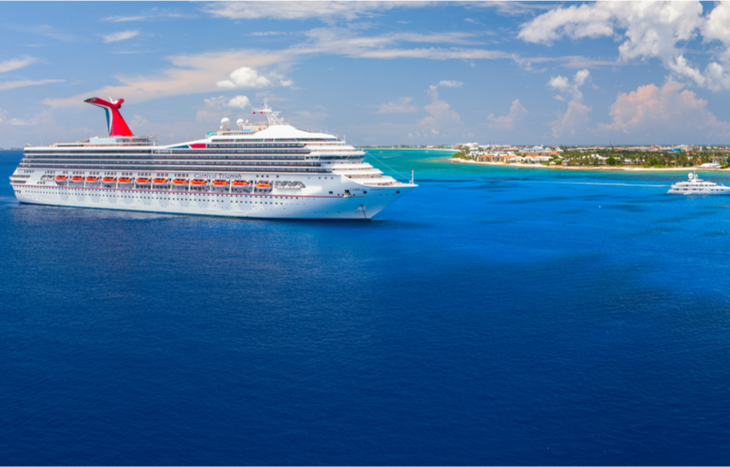 What Does Carnival Do?

Carnival Corp is a parent company that owns a handful of cruise lines. Its portfolio consists of Holland America Line, Princess Cruises, Costa Cruises, Carnival Cruises, and more. Its flagship company, Carnival, is the most popular in North America and operates 24 ships in total. Carnival Cruises markets itself as a value cruise line.

CCL is down nearly 80% since the beginning of 2020. Since the start of 2022, the stock is down nearly 50%. There was actually quite a bit of good news in Carnival’s Q1 earnings report. However, it doesn’t seem like any of this has been enough to sway investors.

Here are a few other takeaways from Carnival’s Q1 report:

Based on this information, things seem to be trending in the right direction. Bookings are trending up, 75% of Carnival’s cruise capacity is up-and-running, and EBITDA should be positive in the next few months. But the bottom line is that Carnival is still posting a massive loss.

For reference, Carnival normally does about $20 billion in total revenue. At least that’s what it did in 2019. Carnival is also normally very profitable and usually brings in around $2-3 billion in net income. Clearly, this cruise company still has quite a bit of work to do.

The biggest upside to buying Carnival stock is that the business is improving. If Carnival had a late-stage illness, Q1 2021 was the first sign of remission. It might have several more years of healing ahead of it, but at least it’s trending in the right direction.

Additionally, considering Carnival used to trade for $40 per share you would be getting a huge bargain if you bought at today’s prices. You could nearly quadruple your investment if Carnival stock were to return to its pre-pandemic levels over the next year or so.

Carnival is also trending towards a more efficient fleet. During the pandemic, it was forced to reevaluate its cost structure. Now, it is getting rid of its most efficient ships. This should lead to improved profitability once things have returned to normal. With that said, let’s examine a few of the potential downsides to buying Carnival stock.

When it comes to Carnival stock, there are quite a few downsides to keep in mind.

Debt: To start, the company was forced to take on loads of debt to stay afloat during the pandemic. Now, it’s responsible for repaying $34.9 billion. Carnival will have very high debt servicing costs for at least a few years. Even if Carnival is able to repay this debt, this is money that it won’t be able to reinvest in its business.

COVID-19: The virus is still a massive threat to Carnival’s business. All it takes is another variant to shut down Carnival’s business entirely. Even if a new variant doesn’t emerge, Carnival will likely require customers to test negative prior to boarding. This could hurt its ship capacity numbers in the short term.

Recession: The general consensus among experts is that we are heading for a recession. During recessions, consumers prioritize spending on necessities over cruises.

Inflation: The inflation rate is at its highest point in decades. This is squeezing consumers’ budgets and reducing their disposable income. Again, cruises are one of the first expenses that people will cut out of their budget.

Fuel: The national average for a gallon of gas is $5. Gigantic cruise ships are gas-guzzling monsters. Rising fuel prices could squeeze Carnival’s margins and reduce its profitability. Granted, Carnival has a few ways that it can protect itself from gas prices. However, it’s still a risk to consider.

Time: Time is not on Carnival’s side. Carnival stock needs to generate revenue today in order to service its debt. However, most people book cruises several months to over a year in advance. Carnival just doesn’t have the type of business model where it can turn the “money making” switch back on.

During the pandemic, the deck was stacked against Carnival. It was set up for failure for several months and forced to take on loads of debt. Now, its business is making steady progress in the right direction. This is a solid testament to the resiliency of Carnival as a company. However, it still just seems too early to start piling into Carnival stock.

Investing in Carnival stock right now is a little bit like betting on a 1-20 basketball team to win the championship. Sure, the team has one win. But it still clearly has a long way to go in order to get back to a winning record.

With Carnival stock, there are just too many risk factors. Unfortunately, most of these risk factors are global macroeconomic factors that are out of Carnival’s control. It’s not like there is anything inherently wrong with Carnivals’ cruise ships. If the problem were low attendance, then there would be plenty of ways that Carnival could improve its service. But when the problem is a global pandemic or record inflation, there just isn’t much that Carnival can do.

Finally, Carnival stock is not a stock that I would feel comfortable buying and holding for the long-term. If you are set on buying, I would give it at least a few more months for the picture to clear up.

I hope that you’ve found this Carnival stock forecast to be valuable! As usual, please base all investment decisions on your own due diligence and risk tolerance.