A Clover Health initial public offering (IPO) is coming to the market via a special purpose acquisition company (SPAC). Chamath Palihapitiya’s third SPAC, Social Capital Hedosophia Holdings III, is acquiring the company. And investors are excited about the idea of Clover Health stock.

But is Clover Health a good investment opportunity? 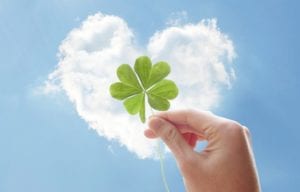 CEO Vivek Garipalli and President Andrew Toy co-founded Clover Health in 2013. Clover is the fastest-growing Medicare Advantage insurer in the U.S. It focuses on affordability and partnering with physicians to give members the best possible health outcome. Clover offers Medicare Advantage plans to give consumers access to healthcare networks, supplemental benefits and low out-of-pocket expenses.

The company has its own software platform, the Clover Assistant. It uses machine learning to compare health and medical data with member-specific information. The idea is to give physicians personalized and actionable insight at the point of care, hopefully improving outcomes. Clover believes this will generate a productive cycle. By creating better health outcomes, the company should experience superior economics that will lead to lower costs and great benefits according to Clover. This will also provide the Clover Assistant with more data to create even better personalized care in the future.

Clover Health currently has more than 50,000 members in 34 counties across seven states. The company plans to expand into 74 more counties and an eighth state. It believes a Clover Health IPO will help make that happen.

But Clover Health stock won’t come via a traditional IPO…

2020 has been the year of the SPAC IPO. A SPAC is a special purpose acquisition company, or blank-check company. It’s an entity with no business. Instead, it goes public and uses the IPO to raise funds for a future acquisition. In this case, Clover Health is the company being acquired by Chamath Palihapitiya’s Social Capital Hedosophia Holdings III (NYSE: IPOC).

This is Palihapitiya’s third SPAC IPO. His first SPAC, the original Social Capital Hedosophia, merged with Virgin Galactic (NYSE: SPCE) in 2019. And in September 2020, Palihapitiya announced his second SPAC will acquire Opendoor.

Palihapitiya said he’s reserved the ticker symbols IPOA through IPOZ. He sees SPAC IPOs as a way to get startups the funding they need to compete with giants such as Google, Amazon and Apple. He has six Social Capital Hedosophia SPACs to date with his newest having a value of $1 billion. So given Palihapitiya’s ticker reservations and the increasing popularity of SPAC IPOs, investors should be on the lookout for more from the venture capitalist.

Both parties are excited for the Clover Health IPO, and they approved the merger unanimously. Garipalli and Toy will keep their positions after the transaction. Palihapitiya will act as senior advisor to management.

I launched Clover eight years ago to fix fundamental flaws in our healthcare system, including unequal access, abysmal customer service and wasteful spending. Our philosophy is that everyone should be able to afford great healthcare. The Clover team empowers physicians to deliver the best possible outcomes for our members, and the Clover Assistant does just that by delivering vital clinical insights to physicians at the point of care.

We have made it our business to make healthcare affordable. Our technology helps doctors, leading to better outcomes and lower out-of-pocket expenses for members. I believe that more and more doctors are embracing the Clover Assistant because it allows them to focus on what they want to do, which is to look after patients. Importantly, the platform is powered by a closed feedback loop, linking clinical data and physician action, which improves continuously as membership grows, allowing us to constantly evolve new ways of helping physicians and their patients.

And Palihapitiya made it clear he’s pursuing startups that are disrupting their target markets. He said:

We need companies like Clover to help fix our broken healthcare system. The company’s rapid growth is a testament to the effectiveness of its tech-enabled approach, which resonates powerfully with consumers and physicians alike. I believe Clover is uniquely positioned to disrupt the entire Medicare Advantage market as well as expand into new and exciting opportunities in original Medicare.

Clover announced the transaction on October 6, 2020. According to the press release, the merger values Clover Health at $3.7 billion, including debt. The deal will give $1.2 billion in gross proceeds. This includes $828 million of cash raised in Social Capital Hedosophia’s April IPO and a $400 million private investment in public equity (PIPE) at $10 a share. Of the PIPE, $100 million will come from Palihapitiya, $50 million from Social Capital Hedosophia and the remaining $250 million from other investors such as Fidelity and Senator Investment Group. Clover will receive up to $728 million of the $1.2 billion. Up to $500 million will be allocated to existing Clover shareholders.

The Clover Health IPO has no official date or timeline yet. The press release didn’t reveal what the new ticker symbol will be for the new post-merger company.

If you’re looking for the latest investment opportunities, we suggest signing up for our Trade of the Day e-letter below! It’s full of useful tips and research from our experts. Whether you’re a beginner or an experienced investor, there’s something for everyone.

The fact Clover Health caught the eye of Chamath Palihapitiya is getting investors interested. But is Clover Health stock worth investing in? If the markets continue to favor health companies after the pandemic ends, and depending on when the transaction takes place, the Clover Health IPO could be a good opportunity.