Discretionary goods and services are things people want but can live without. Think air travel, fancy clothing, entertainment and so on. Consumer discretionary stocks, then, tend to take a hit when times are tough.

These stocks are sensitive to market cycles. They can drop a lot during a recession. But they also have the potential to rebound big time. As an economic recovery begins, that is a big opportunity for investors.

Consider Starbucks (Nasdaq: SBUX) which went from around $20 per share in 2006 to below $4 in late 2008 in the height of the Great Recession. As the country came out of this recession, the stock’s share price quickly recovered, up to $30 by 2012—a tenfold increase in just four years. Though its share price would briefly dip later in 2012, it rebounded yet again and has been on an upward trend ever since.

Of course, every stock is different, and such a dramatic recovery isn’t guaranteed. So, it’s good to diversify. Here are some of the best consumer discretionary stocks as the country continues to recover from the pandemic… 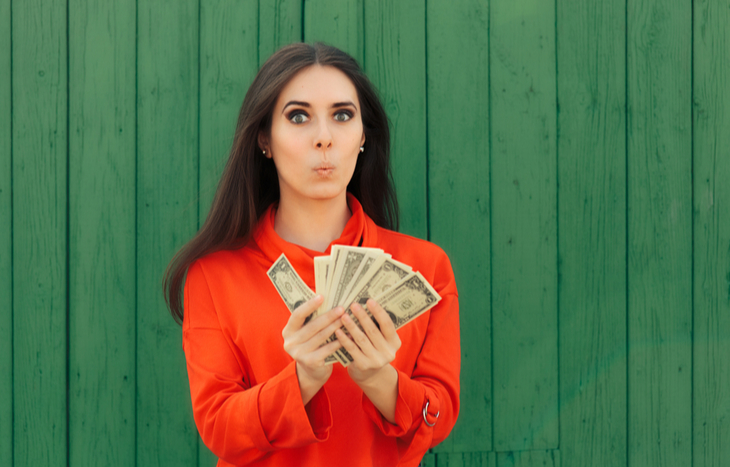 Let’s take a look at why each of these discretionary stocks is a good buy right now.

Yes, Starbucks is back and a top consumer discretionary stock. The Seattle-based coffee company needs no introduction as it has over 33,000 locations worldwide. And it plans to expand its footprint to 55,000 locations by 2030—a rapid expansion for a chain that is already far-reaching.

Why is Starbucks stock a good buy right now? Unlike some consumer discretionaries, it has risen steadily and has already soared past its pre-pandemic highs. Plus, it has beat EPS projections in each of the last four quarters, by at least 10% each time.

Nearly all of its financials were up in the past two quarters. In fiscal Q4 2021, its revenue increased 31% to $8.1 billion, and its EPS increased over 300% to $1.49. Starbucks continues to expand its reach and profitability.

Consumers in the U.S. may know TJX for its chain of clothing stores, TJ Maxx. But it also owns the chains Marshall’s, Home Goods, Sierra and Homesense. Its brands sell discounted items via close-out sales, order cancellations and manufacturer errors. As a result, it sells items at 20%-60% below retailers’ regular prices.

Lovesac, the furniture company that designs modular furniture called Sactionals, is the next consumer discretionary stock on this list. Lovesac’s furniture is modular, meaning it can be rearranged in an interlocking system. The company was founded in 1995 and is based in Stamford, CT.

Currently, the company’s market cap is a little north of $1 billion. It has been performing well, beating EPS and revenue projections in each of the last four quarters. Not only that, but its share price was below $5 in April 2020 but has ballooned to over $75 today. The company is still relatively small, having posted a net income of $8.45 million in fiscal Q2 2022, but that was an increase of 863% year over year. Accordingly, EPS was up 750% to $0.52 and its profit margin increased 561% to 8.25%.

Ulta Beauty is a chain of stores selling cosmetics, makeup tools and brushes, skincare products, hair care products, fragrances and bath and body products. It was founded in 1990 and is based in Bolingbrook, Illinois. The retail chain has more than 1,200 locations across all 50 states.

Capri Holdings is a multinational fashion company in the British Virgin Islands and it has offices in London and New York. (Check out these top fashion stocks as well.) The company owns the high-end brands Versace, Jimmy Choo and Michael Kors. Through its brands, it sells shoes, designer handbags, watches, jackets and coats, and more. It was founded in 1981 by Michael Kors.

The stocks above could continue to see gains with a strengthening economy. The best consumer discretionary stocks can amplify gains during the good times. Although, they should only be one of many strategies to build strong portfolios.

If you’re looking for even better investment opportunities, sign up for Wealthy Retirement below. It’s a free e-letter that’s packed with tips and tricks from investing experts. You’ll hear directly from Marc Lichtenfeld. He’s written a bestselling book on getting rich with dividends and helps thousands of readers every week.