Investing can be tricky. Investors sometimes overreact to the slightest whiff of bad news about a company. Other times, they rush to jump on the latest investing trend, pumping up a company’s share price. Contrarian investing looks to do the opposite.

Certain metrics, such as profit margin and P/E ratio, can give us clues as to which companies are outperforming the competition. Still, there are a lot of unknowns. No one could have predicted the COVID-19 pandemic and the impact it would have on the markets.

But even the human element of investing decisions can be irrational at times.

When contrarian investors see other investors jumping to conclusions, they do the opposite. Oftentimes, that involves buying stock in companies trading below their intrinsic value after a market trend or news story caused a drop in price. 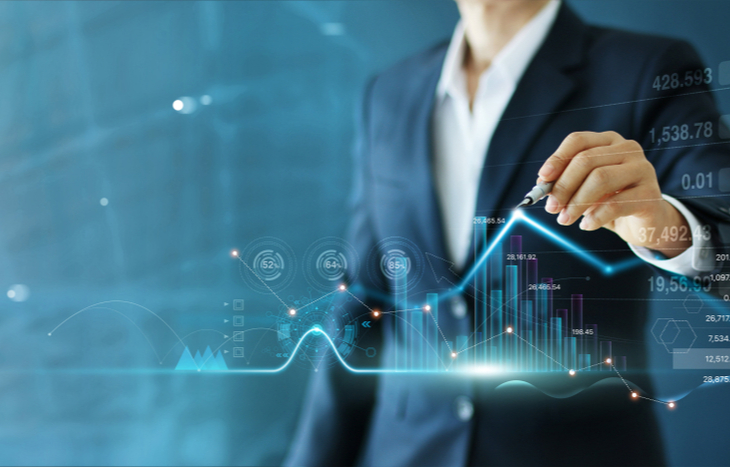 What is the Contrarian Investing Strategy?

Contrarian investors intentionally go against market trends. They do this by buying stocks when they are down and selling stocks when they become overheated. Contrarian investing can be applied to sectors and markets as well. The idea is that herd behavior can cause large numbers of investors to make similar decisions. For example, investing in “hot” stocks. They may do this even if some of those stocks are overvalued.

Contrarian investing is not a short-term strategy, like you might see with day trading. Instead, contrarian investors buy and hold stock in companies or industries that align with their strategy. They are investing in stocks most investors wouldn’t consider. And because of this, it could be months or even years before the stocks they are buying reach their perceived value.

Where the two are similar is the tendency to invest in undervalued assets. Both investors will look for assets that are trading lower than their intrinsic value.

However, value investors lean primarily on metrics such as book value and P/E ratio, looking for assets that are trading at a discount simply by the numbers. Contrarian investors, on the other hand, pay more attention to investor sentiment. They may choose to buy an asset despite an overall bearish sentiment around it.

Contrarian investing has allowed some investors to make sizable profits by going against the grain. But like any strategy, they have their own set of pros and cons.

There are many examples of contrarian investors, and some of them have become quite famous. Let’s take a look at a couple of notable examples.

For instance, by late 2021, Buffett’s Berkshire Hathaway had nearly $150 billion in cash on hand. The reason? Simply because Buffett couldn’t find enough deals to justify putting all of his money to work. Conventional wisdom says investors should never have that much cash. Even if it means investing in a less desirable asset. But Warren Buffett won’t invest unless his high standards are met.

We often think about contrarian investors buying undervalued assets, and in many cases, that is true. However, Michael Burry became famous when he decided to short the housing market just before the Great Recession. Everyone was investing in mortgage-backed securities and other assets. But Burry was determined the market was overheated and bet big on it. He turned out the be right. And this resulted in hundreds of millions in profits for both himself and his hedge fund, Scion Capital.

Contrarian investing can certainly work. And it has worked quite well for many investors in the past several decades. However, it can also be very risky. Meaning it’s best left for those with deep pockets. As they say, if it were that easy, everyone would be doing it.

Consider the Michael Burry example. Burry turned out to be right and made $100 million for himself in the process. But at the time, there were likely many doubters. The market kept going up and seemed like that would continue forever. Thus, in addition to determining the market was overheated, Burry also had to short the market at just the right time. It’s easy to imagine a scenario in which he waited too long, foiling the entire strategy.