The best copper stocks to buy are trending in the right direction and for good reason. In fact, consumption of this versatile metal is rising worldwide. And there’s certainly a correlation between the two. However, is this commodity a good investment for your portfolio?

You can find copper in your homes’ electrical wiring, plumbing and more. It’s even a major component in your car’s makeup. So, let’s take a closer look at a few of the key copper mining stocks that you can invest in. 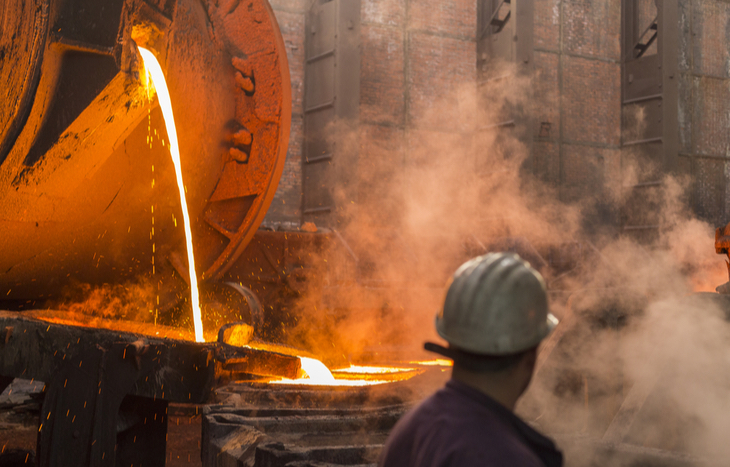 In 2021, the United States consumed roughly 1.8 million metric tons of copper. And that is just 12% of the world’s total consumption. China accounts for 51%, Europe sits at 17% and other Asian countries cover 19%. The final 1% is made up of countries in Africa.

As you can see, copper is vital for many industries as a base metal. This includes producing machinery, electrical wiring, building construction, transportation, architecture and more.

And there are more copper companies available on the stock market than you may think. For example, some of the best copper stocks to invest in include:

Each of these companies has growth upside going forward as copper producers. From production numbers to sales and development, these top copper stocks to buy have more leverage than other competitors on the market.

Southern Copper has over 69 million tons of copper reserves. The Mexico City-based business is the world’s largest publicly-traded copper mining company, making it one of the best copper stocks on the market.

In 2005, Southern Peru Copper Corporation acquired Mexican copper producer Minera México. That deal is the foundation for what is now Southern Copper, with 88.9% of the company being owned by Mexican mining conglomerate Grupo México.

It currently has mines in both Peru and Mexico. This includes Cananea Mine in Northern Mexico, which is among the world’s largest copper mines in terms of reserves.

Not all copper stocks are the same. And BHP Group is a prime example. Copper is just one of four major operations for this business. The others are coal, iron ore and petroleum.

However, BHP’s revenue reached $60 billion in 2021 with just under $110 billion in assets. That makes BHP Group the largest mining company in the world. While Southern Copper holds the crown for copper, BHP Group is leading the metals and mining industry overall.

BHP has mines in 10 different countries. In fact, it has 27 mines in Australia alone. Copper isn’t its leading operation at the moment. Iron ore makes up 39% of its total profits. But the company has over 47 million tons of copper reserves. Even though BHP may not be the king of copper, its overall market share of the mining industry still makes it a top copper stock.

Now let’s get back to primary copper stocks. Freeport-McMoRan’s primary means of business is copper mining. It’s much less diversified than BHP Group. And that isn’t a bad thing in this case.

The company has 45 million tons of copper reserves with over $22 billion in revenue in 2021. Moreover, its primary means of business is in the U.S. The company has five mines in Arizona, two in New Mexico and two in Colorado.

Freeport-McMoRan also owns a copper refinery in Spain and is a part-owner of refineries in Chile, Peru and Indonesia. The Gasberg mine in Papua, Indonesia is considered the world’s largest and most profitable gold mine, while it also produces copper and silver. Freeport-McMoRan is a great copper mining stock for geographic diversification.

Rio Tinto makes this copper stocks list as a key competitor to BHP Group on a world-scale. It’s the second largest metal and mining corporation behind BHP.

Rio Tinto produces iron ore, copper, diamonds, gold and uranium. And it reached $63 billion in revenue in 2021 with just under $103 billion in total assets. According to Forbes Global 2000 list for 2022, Rio Tinto is the world’s 82nd largest publicly-traded company.

It has 3 copper operations. This is in addition to the 14 countries that have copper exploration programs. Although Rio Tinto isn’t the most pure-play copper stock, its overall size and respectable copper operations still making it a top contender.

Many commodities have been known as a safer investment for some time now. However, it’s best to do your research before making a move on the stock market.

Market volatility is high and commodities may be a saving grace for investors. Therefore, take the time to learn more about the best copper stocks available to enhance your portfolio. On top of that, there are even better investing opportunities in the market today…