The recent crypto crash is sending us into a long winter. But is it worse than that? Have we seen the final massive price surge? Or will Bitcoin, Ethereum and other cryptos hit new highs?

As Bitcoin emerged from the Great Recession, it paved the way for a completely new asset class. But many traditional investors, such as Warren Buffett, have been against it. At its core, crypto doesn’t produce anything. And it has some huge barriers preventing it from becoming a widely-used currency.

Nonetheless, crypto has caught the attention of countries and many millions of people. It’s also helped mint new millionaires – and even a few billionaires – that have further fueled the fire.

Over the past decade, we’ve collected some crypto data and trends to extrapolate. But what we haven’t witnessed is how crypto fares during an extended global recession. Governments around the world are putting the brakes on cheap money. 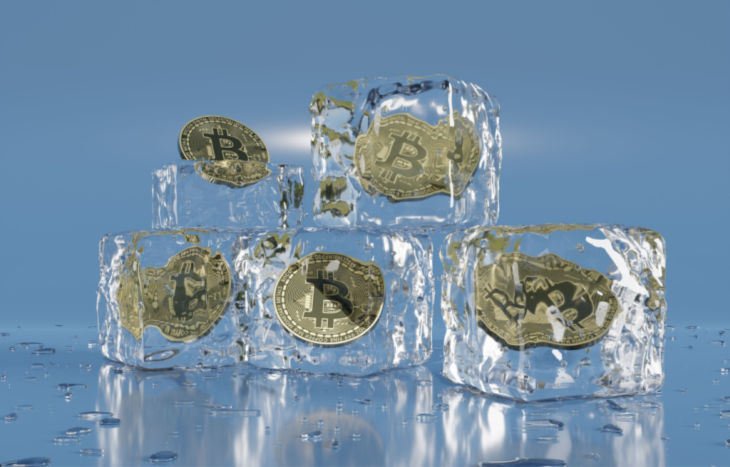 A Pattern of Crypto Crashes

Bitcoin is a proxy for the entire crypto market. It’s continued to claim the throne for the largest crypto based on market cap, followed by Ethereum. So, let’s take a closer look at Bitcoin and some expectations going forward.

However, these steep drawdowns aren’t anything new. Many crypto investors expect to see high volatility. Looking back at the previous crypto crash, Bitcoin peaked in December 2017 and from there, it took a few years for it to climb to new highs.

This pattern has repeated a few times and many crypto enthusiasts expect it to continue. There’s also a tendency for Bitcoin to hit new highs following the Bitcoin halvings. These events reduce the number of new Bitcoin entering circulation. And the next halving is expected in 2024.

There are some compelling reasons and a precedent for Bitcoin to rebound, but this time might be different…

The big difference with the recent crypto crash is that governments are now reducing easy money policies.

The stimulus checks and unnaturally low interest rates spurred spending. With all that money sloshing around, it helped fuel the meme stock craze, as well as the crypto markets. But now, the Federal Open Market Committee is increasing interest rates and making borrowing less affordable. And most governments around the world are following suit.

It’s a necessary path to help bring down inflation. But this is putting downward pressure on consumption. And already, we’re seeing some in-the-know business leaders predicting a recession. For example, Zuckerberg expects “one of the worst downturns we’ve seen in recent years.” And who would know better than a company leader who sees advertising spending from millions of small businesses? For another recent prediction, the FedEx CEO said he expects the economy to enter a worldwide recession.

From an objective lens, we are getting some mixed data… but another prescient indicator is flashing a big warning sign. The yield curve has inverted and this has been a perfect predictor of recessions in modern history.

If an extended recession plays out, that will put crypto in unchartered territory. Bitcoin launched in 2009 and took many years to gain popularity. But over that time, interest rates moved in a downward trend. But now, rates are at a 10-year high and will move higher in the months ahead.

The recent crypto crash is likely leading to a long winter – at the very least. We might see new highs for Bitcoin in the future, but based on some larger economic trends, it’s not looking good in the years ahead. Instead, there are other investments that have better risk-to-reward profiles.

Throughout the markets, investors have beaten down other assets and stocks. No one knows how much further they might drop, but what we do know is that it’s a better time to invest in some of the world’s best businesses. You can buy in at more reasonable valuation multiples.

To find some of the top investing opportunities, check out these free investment newsletters. They’re packed with tips and tricks from investing experts. Here at Investment U, we strive to deliver the best investment research and ideas…