What is the Darvas Box Theory?

Price and volume are two technical indicators that every trader needs to pay attention to. Yet, there are countless ways to evaluate them in the context of stock performance and its potential for profitability. While there are many theorems and philosophies to consider, few are as simple to understand or as easy to apply as the Darvas Box Theory.

Postulated by self-taught investor Nicolas Darvas in the 1950s, the Darvas Box Theory uses price highs and lows, alongside volume, to isolate entry and exit points for traders, as well as stop-loss points. It’s used primarily to trade tight range breakouts and reversals by isolating support and resistance levels.

Almost anyone can employ the Darvas Box Theory to assess a candlestick chart. It’s one of the simplest chart indicators for beginners to learn. Here’s a closer look at the theory, how it works and how it helps traders position themselves for a swift entry or exit. 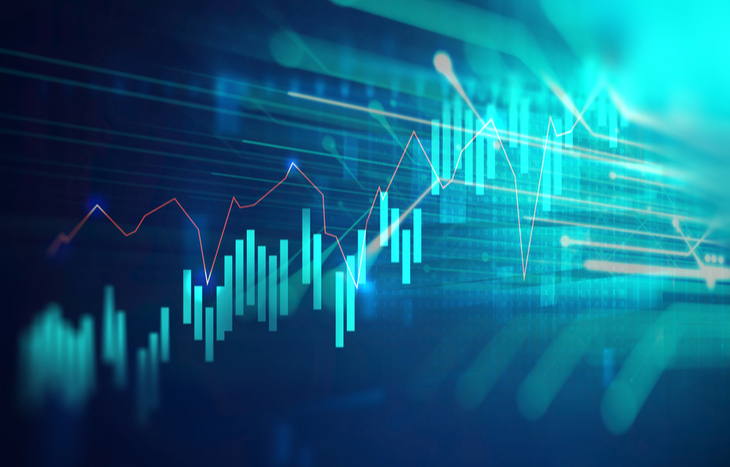 How the Darvas Box Theory Works

The premise of the Darvas Box Theory is quite literally to draw boxes on a candlestick chart. Traders can do this by isolating ranges with established support and resistance: the period between recent highs and lows.

For example, ABC Corporation might climb to a share price of $30, then fall to $20, then climb to $28 before falling back to $21. If this pattern continues for several more trading periods, never climbing above $30 or falling below $20, the trader would draw a box around the entire range of periods with closing prices between these highs and lows.

The Importance of Price and Volume

There’s more to the Darvas Box Theory than drawing boxes around pockets of price action. Traders need to carefully consider box price and volume. Price highs and lows provide context for the box, and volume acts as the buy or sell signal as prices approach the box’s established support or resistance level.

As a stock’s price falls into a channel, bounding between support and resistance levels, it tends to see lower volume. There’s less back-and-forth between buyers and sellers who generally agree on a price. That’s why volume is a key indicator of a breakout. A stock price might flirt with support or resistance, but the Darvas Box Theory cautions not to act on it until there’s a significant uptick in volume.

From the example above, the price of ABC Corporation might rise from $29 to $31, which technically breaks resistance. However, if there’s not significant volume, it’s likely to drop back below in the near future. In this case, a trader would simply re-draw their box to account for the new resistance level. On the other hand, if the price rose from $24 to $31 on a big surge in volume, it’s the sign of rallying bulls that will likely drive the price higher in trading periods to come.

How to Trade a Darvas Box

The simplicity of the Darvas Box Theory is what makes it so popular among new traders. As soon as volume signals an authentic breakout, investors can enter or exit a position depending on the direction of the trend. Long investors are wise to open a position as soon as the price breaks resistance with conviction and sell if a breakdown occurs. Short-sellers will do the opposite. In both cases, it’s smart to set stop-losses just above or below the support or resistance level to protect your position from a reversal pattern.

Drawbacks of Trading a Darvas Box

There are a few criticisms of the Darvas Box Theory worth noting. First is that it’s a trading strategy best applied to growth stocks, not bellwether companies. Large, well-established companies often trade up or down slower, which means they can trend beyond support and resistance levels established in a Darvas box without significant volume. In contrast, growth companies offer more boom-and-bust potential that’s reflected in breakouts with large volume.

Another criticism of the Darvas Box Theory is that it’s much more applicable in bull markets, as opposed to bear markets. Darvas developed the model in a bull market which lent credence to his theory; however, investors in bear markets haven’t necessarily replicated his results. While short-selling using a Darvas Box is possible, it’s risky.

Finally, it’s important to draw boxes only where applicable. This leaves a lot of room for subjectivity among traders. Best practice is to wait for at least two peaks and two valleys to develop, relative to one another. Not allowing a channel to develop can result in misconceptions about support and resistance levels, and possible breakout points.

In practice, the Darvas Box Theory might seem a little juvenile: drawing boxes on a stock chart to highlight ranges. In practice, it’s a smart and convenient way to establish support and resistance levels, and to set parameters for trading a breakout with confidence. More importantly, however, it helps traders develop good habits as they assess price and volume within the context of chart patterns. Anyone can draw boxes around sections of a candlestick chart; attentive traders will seek to define ranges with the potential for breakout or breakdown based on a spike in volume.