In 2022, the government set aside $768.2 billion for its military budget. This number alone is more than triple the 2nd highest country (China). Since 2020, U.S. military spending has risen by about $27.7 billion. For reference, this is more than the entire 2021 revenue of Visa. Due to the sheer size of the U.S. military budget, it’s never a bad idea to consider buying more defense stocks.

With that said, a high percentage of the military budget goes to just a handful of companies. Major contractors like Lockheed Martin, Raytheon and General Dynamics dominate the industry. However, that doesn’t mean that slightly smaller defense contractors aren’t also doing exciting things.

In this article, we’ll take a look at three lesser-known defense stocks to add for 2022. 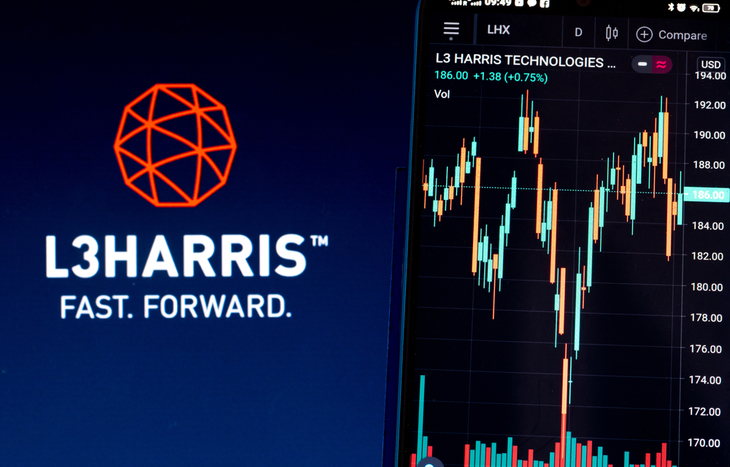 For the most part, defense contractors’ revenue relies on winning government contracts. Winning a single contract can mean millions more in income. On the other hand, losing a contract can instantly put a smaller company on life alert. Due to this, it might be a good idea to consider an exchange-traded fund (ETF) when investing in defense stocks. An ETF is a fund that tracks a wide range of different stocks. Instead of trying to pick from individual defense stocks, you can just buy an ETF. For example, the ETFs below own shares in about 50+ defense stocks:

This is a good way to diversify your investment. This way, you will be protected if one stock performs poorly. Now, let’s take a look at the best individual defense stocks to invest in.

L3 Harris Technologies isn’t a small company but it’s also not one of the first defense contractors that comes to mind. However, in 5-10 years, it could very well be leading the industry. This is mainly due to its commitment to research and development (R&D). L3 Harris is an incredibly diversified defensive IT company. It specializes in surveillance solutions, microwave weaponry and electronic warfare. It was formed in 2019 when L3 Technologies and Harris Corporation merged.

These categories are necessary to simplify financial reporting. However, they also greatly oversimplify L3Harris’ business. Each of these segments could really be broken into four to five more subcategories.

As far as R&D goes, L3 Harris is an industry leader. This is evident in its Investor Overview. For example, it describes itself as a “Trusted Disruptor.” It also outlines a three-step plan for revenue growth. These three steps are to innovate, disrupt and expand. Any time “innovate” is the first step for revenue growth, it means that you take R&D seriously.

L3 Harris’s plan to grow revenues looks like this:

Why Does R&D Matter?

Research and development (R&D) is the money that a company invests in developing new products. It’s basically money paid to scientists to create better solutions. In general, companies that prioritize R&D tend to do well. At first, R&D can seem unnecessary. It can be a huge expense with no immediate return on investment. However, over time, this investment starts to compound. Eventually, the company starts to develop new and improved products. This gives them a big leg-up over your competition.

The fact the L3 Harris puts such an emphasis on R&D is a very good sign. Since it operates in the commercial, military, and private sectors, there is opportunity everywhere to push its boundaries. If this straetegy pays off, it’s easy to imagine L3 Harris being one of the top defense stocks to own down the road.

Verint Systems is mainly a customer engagement software company. It used to have solutions for intelligence and cyber activities. However, it spun these activities off in 2019 to form Cogynte Software. Now, Cognyte is a global leader in security analytics software. It works with over 1,000 government and enterprise clients in 100 countries.

There is a very good chance that the cybersecurity market receives a spotlight in the coming years. In today’s world, the information in a company’s cloud is more important than the assets that it owns. This is even true at a national level. With a few exceptions, most nations’ wealth is driven by their technology, not their natural resources.

Additionally, cybercrime has been rising for years. It has become much more profitable to attack a company’s servers as opposed to its assets. To combat the rise of cybercrime, companies and nations will need to prioritize cybersecurity. We are already starting to see cybersecurity taking center stage in the conflict between Russia and Ukraine. All of this is actually good news for companies like Cognyte.

An increased interest in cybersecurity could be a boon for most defense stocks. As the saying goes, it could be a rising tide that lifts all ships. However, Cogynte specifically is also in a very good position. This is for a similar reason to L3Harris. Cogynte prioritizes research and development. It reportedly has 1,000 employees dedicated to R&D.

On top of that, Cogynte just recently became its own company. This means it will be able to move much more quickly over the next few years. This adds to its ability to innovate and develop new solutions.

BWX Technologies is one of the leading suppliers of nuclear components and fuel. Its main customer is the United States Government. Its solutions include naval nuclear propulsion, commercial nuclear components, and nuclear services. Similar to cybersecurity, nuclear energy could be another industry that gets revisited in the coming years. If it does, BWX Technologies could be one of the top defense stocks to own.

In February, Russia invaded Ukraine. The United States responded by instituting sanctions. However, its hands were tied in terms of how much it could do. This is mainly because Russia is one of the biggest exporters of natural gas and oil. Right now, the U.S. relies on Russian gas, so it can’t do anything too rash. Once this conflict is settled, there will likely be a much bigger conversation about energy independence.

There are a few different options for energy independence. However, nuclear energy could be a viable option. In fact, nuclear energy already provides 52% of America’s energy. It is one of the most reliable energy sources in the U.S. It is also much easier to ramp up the production of nuclear energy as opposed to renewable energy. If the conversation starts to go down this path, BWX Technologies is in a great position to profit.

BWX Technologies has a 165-year history. Of these 165 years, 75 years have been focused on nuclear energy. On top of that, it also places a huge importance on innovation. In fact, the first words on its homepage are “People strong. Innovation-driven.” Just like with L3Harris and Cognyte, this mentality could allow it to stay a step ahead of its competitors.