A defined contribution plan is one of two types of retirement plans covered by the Employee Retirement Income Security Act. The other type is a defined benefit plan. In order to understand either, it’s helpful to know the key differences. 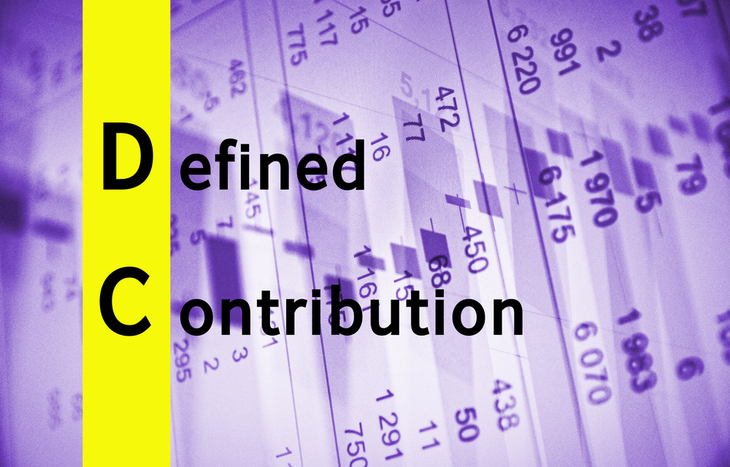 A defined contribution plan makes no promises regarding the amount of benefits to come upon retirement. This type of plan usually consists of the employee or the employer (or both) contributing funds to a retirement account. Those funds are then invested.

Once retirement age is hit (59 1/2 in most cases), the employee will be eligible to receive the balance of their account without penalty. Early withdrawal typically results in a 10% penalty fee. The balance of the account consists of contributions made plus any gains (or losses) made from investments.

If this sounds familiar to you, it probably is. “Defined contribution plan” is a blanket term for several different retirement plans. The popular 401(k) is an example of one. So is the 403(b) plan. Employee stock ownership plans (ESOP), profit-sharing plans and cash balance plans are as well.

While each type of defined contribution plan has its own nuances, they all work in a relatively similar fashion. Here are the basics…

How a Defined Contribution Plan Works

Unfortunately, there’s no way to calculate exactly how much a defined contribution plan will bestow upon retirement. Over the years, contribution levels often change. And so too can the rate of return from the investments made in the account. But that big question mark hasn’t made them any less popular. In fact, defined contribution plans and IRAs make up more than half of all retirement assets in the U.S… They total approximately $28 trillion, according to the most recent estimates. Here’s why…

Defined benefit plans have become an albatross around the necks of many corporations. They’re risky for any company that offers them. Market downturns have no impact on what the company will be paying out. But they can do serious damage to a company’s pension fund (and its bottom line). And the payments made are really only limited by how long the retiree lives. So they can be a lot more expensive than defined contribution plans.

That’s at least part of the reason defined contribution plans have become the more popular choice for employers. But just because they’re cheaper for the employer doesn’t mean they aren’t an effective way to start preparing for and funding your retirement.

Defined contribution plans start with pre-tax contributions. So money from a paycheck and/or funds contributed by the employer are tax-deferred before being invested in capital markets. But the taxman always gets his cut. And in this case, it’s upon withdrawal. But that should be advantageous for most folks.

While gainfully employed, most will be making more money than they do during retirement. So in this case, it makes more sense to be taxed during retirement, while you’re in a lower tax bracket.

The taxman always cometh. But minimizing his impact can be an incredibly useful shortcut on the road to financial independence. When compared with taxable brokerage accounts, tax-advantaged defined contribution plans generally outperform. That’s in part thanks to their tax-deferred nature.

A common scenario is that for every dollar contributed by the employee, the employer will match it with $0.50. But some do match dollar-for-dollar. But employer-matched contributions only go so high… usually around 3% to 5% of the employee’s salary. And there are lots of other variations out there too. The crucial piece of info is to find out what the maximum match is and do everything in your power to get there.

Some Drawbacks Worth Mentioning

While they are trending in the right directions, many defined contribution plans are not professionally managed. This can be problematic for folks who aren’t investment savvy.

This can leave important decisions in the hands of the uninitiated… resulting in an unbalanced portfolio that underperforms in the long run. And this can leave the investor ill-prepared for retirement when the time comes.

The other place defined contribution plans fall short is their aforementioned lack of guarantee. While defined benefit plans ensure a lifetime’s worth of payments, there’s no such assurance in this alternative. This is why it is so important to maximize contributions. Because we’re all going to need to maximize how much we have to retire on.

If you’re lucky enough to have a defined contribution plan set up through work, take full advantage. Talk to the folks who set it up. Find out if the company contributes. Find out what the maximum contribution is. And then set up a plan to be able to hit that mark.

For longtime employees, a 401(k) and the like really don’t hold a candle to a defined benefit plan. But those have been slowly vanishing for decades. Instead of wishing for what you don’t have, take full advantage of what you do.

Even if contributions are maxed out, a defined contribution plan might not be enough to achieve financial freedom in retirement. If you’re not sure where to start planning, we suggest signing up for our Wealthy Retirement e-letter below. The investment suggestions in it, paired with a healthy employee-sponsored retirement plan, will set you on the right path.