The Digital Dollar: Coming to a Treasury Department Near You?

The idea of a “digital dollar” first gained traction as the markets began to roil from the COVID-19 outbreak. The Dow Jones Industrial Average experienced record losses in March 2020. Small businesses were already feeling the squeeze. And unemployment claims were rising at a breakneck pace.

The deadly effects of the virus had yet to unfold. But it had already left a crater in the U.S. economy. Meanwhile, the country looked to Congress for agreement on a massive stimulus package. One of those proposals included mention of a digital dollar. 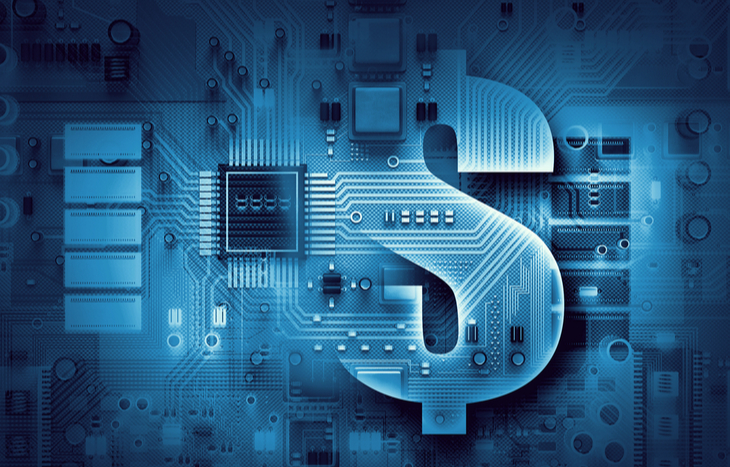 Chairwoman of the House Financial Services Committee Maxine Waters proposed the Financial Protections and Assistance for America’s Consumers, States, Businesses and Vulnerable Populations Act (H.R. 6321). In it, there were some forward-looking ideas – including a pitch for a digital dollar. But all mentions of it were scrubbed from the final economic stimulus package offered by Speaker of the House Nancy Pelosi.

Nonetheless, it was the first sign that the U.S. was strongly considering establishing infrastructure for a central bank digital currency (CBDC). The proposal also gave us a good idea of what a digital dollar could look like in the future. And we’re seemingly getting close to that future.

The Federal Reserve has since issued preconditions for a central bank digital dollar. On the checklist are…

All of these preconditions will obviously require robust technology. But there is also the issue of supply and demand. Even if the tools are put in place to support a digital dollar, end users have to be willing to adopt it.

Growing Support for a Digital Dollar

Shortly after the Fed released its requirements, Treasury Secretary (and noted crypto hater) Janet Yellen appeared to warm to the idea of a digital dollar. The main impetus being to give consumers easier access to their money. Here’s a statement from Yellen at a New York Times virtual event…

“Too many Americans don’t have access to easy payments systems and banking accounts, and I think this is something that a digital dollar, a central bank digital currency, could help with.”

On this front, it’s hard to disagree with Yellen. A report from the FDIC found that 63 million Americans are either unbanked or underbanked.

Those who have no bank accounts need to rely on payday loans, check cashing services and pawnshop loans to take care of their finances. In other words, these are folks who need to pay a fee to access their money and pay bills. Not surprisingly, this is an issue that disproportionately affects lower income families and individuals.

Rep. Patrick McHenry of the House Financial Services Committee has noted that there’s a fear that some want to use the digital dollar as a way to kill private sector innovation. Then there’s the issue of privacy.

The notes from the Fed’s preconditions admit that a U.S. digital dollar could give the central bank unprecedented access to the finances of its users. That is, if it is designed to sweep up the most “granular transaction information” of those who use it. That’s a far cry from the anonymity provided by using physical cash.

Meanwhile, the Boston Fed has begun evaluating at a couple dozen blockchain networks to see how they could support a digital dollar. The analysis is being done in collaboration with the Massachusetts Institute of Technology’s Digital Currency Initiative. One of the major goals – and aspects of uncertainty – is to figure out how a digital dollar would work alongside a traditional dollar.

Congress Will Get Its Chance to Weigh In Soon

The Boston Fed and MIT are hoping to be able to provide data and viable options to policymakers on how to implement a digital dollar. But first, they’ll have to overcome some big hurdles. Scalability, privacy, resiliency and the ability to fight off cyberattacks are all top of mind.

Before any and all of this can be implemented, Fed Chairman Jerome Powell acknowledged that such a plan would likely require legislative authorization. That could drastically slow down the implementation of a digital dollar. To add to this, there is uncertainty as to whether Congress still has an appetite for a digital dollar now that stimulus payments have been issued. But there is evidence that such a program remains valid. More than $1 billion of stimulus money has yet to be spent.

On top of the technical and legislative hurdles, there’s still a matter of where these digital dollars are stored. Will there be an online account that offers access? Or will there be some sort of digital wallet? Both of these would require some piece of technology and most likely an internet connection… These aren’t things that everyone without a bank account has access to, which seems to defeat part of the purpose. And it appears doubtful that digital dollars will be able to go right into a bank account. There’s no indication that that this is being looked at yet, which is problematic.

A digital dollar doesn’t do anybody any good if there’s no place to store it. And banks are not too keen on possibly being left out of the equation. If these digital dollars go directly into individuals’ wallets, banks might struggle to capitalize on them. And that could drastically affect their bottom line and ability to issue loans.

The Bottom Line on a Possible Digital Dollar

Nonetheless, there is a lack of certainty as to how most banks would or would not interact with a digital dollar. Access for lower income, bankless individuals could also be an issue depending on how this unfolds. Then there’s the big question those who do have a bank account are asking: Aren’t our dollars already digital?

This story is far from over. If you’d like to stay on top of how the Fed plans to unveil a digital dollar, we suggest signing up for our Manward Press e-letter. Along the way, readers are also given valuable insight into digital currencies that already do exist.

Read next: The 5 Best Cryptocurrencies to Invest In for 2021