Exxon Mobil Stock: Is Now the Time to Buy?

With oil prices at their highest prices in around eight years, investors who think oil prices will continue to rise may want to take a closer look at Exxon Mobil (NYSE: XOM) stock. Based in Dallas, TX, Exxon Mobil is one of the U.S.’s largest oil and natural gas companies.

As the calendar turned to 2022, so did news that Russia might invade Ukraine. With Russia being one of the world’s largest oil and natural gas suppliers, the market was likely to be disrupted. As oil and natural gas prices climbed this year, so has Exxon Mobil stock. Easily outpacing the S&P 500 stock index, the stock is up over 34% this year.

Sure enough, in late February, Russia began its invasion. The invasion set off a series of sanctions against Russian oil. Because the sanctions were put in place, the sanctions added upward pressure to the oil and natural gas price as investors bid up the commodities. The upward pressure is likely because if Russian oil and natural gas sanctions shut off, the world’s oil supply would plummet dramatically. If supply were to go down, prices would go up.

If you believe oil prices will continue to rise, Exxon Mobil stock could be a great pick. On the other hand, if you think renewable energy will soon put an end to oil, you might want to pass.

The company will report earnings next week. You’ll want to tune in if the stock is on your radar. 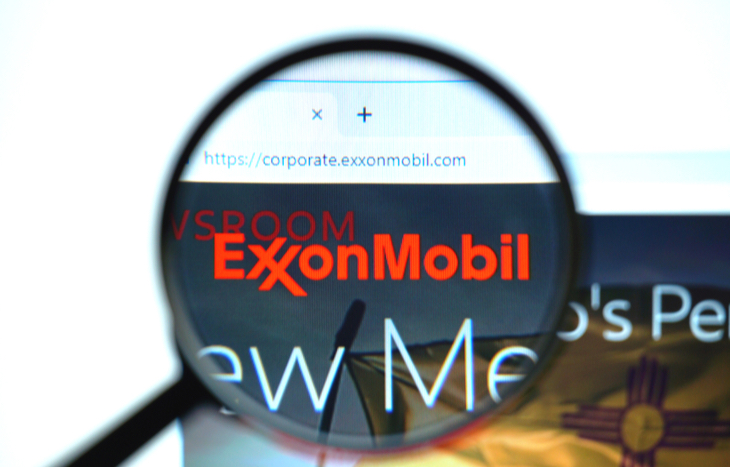 In February, the company reported fourth-quarter and full-year results. For the year, Exxon Mobil stock reported adjusted earnings per share of $5.38, an astonishing improvement over the -$.33 reported in 2020. Readers should keep in mind that 2020 was especially hard on oil companies due to the onset of the COVID-19 pandemic.

Exxon Mobil reduced costs by $1.9 billion during the year. Since 2019, the company has reduced its costs by nearly $5 billion. The company’s earnings recovered from the pandemic admirably in 2021, which also increased due to reduced costs.

Exxon Mobil put the increased earnings to good use. In 2021, the company reduced its debt load by about $20 billion. Since then, debt levels are now back to pre-pandemic levels. In addition, its board of directors announced a plan to buy back up to $10 billion of its stock over the 12 to 24 months.

Regarding the 2021 results, Exxon Mobil’s CEO and chairman Darren Woods said, “We’ve made great progress in 2021 and our forward plans position us to lead in cash flow and earnings growth, operating performance, and the energy transition.”

On April 29, Exxon Mobil executives will host a webcast to talk about the company’s first-quarter business results. The webcast will begin at 8:30 a.m. Central Time. At the end of the talk, the executives will answer questions from listeners. If you’re interested in joining the call, you can find a link to the webcast here.

For the first quarter, industry analysts think Exxon Mobil stock will report earnings per share of $2.54. Because oil and natural gas prices have climbed, five out of seven analysts have increased their earnings per share forecast over the last four weeks.

Readers should keep in mind that oil and natural gas prices can swing wildly. Since the company’s profits are tied mainly to the price of those commodities, the stock will probably reflect swings that may occur this year.

A quick resolution between Russia and Ukraine could bring prices back down. If the conflict drags on and countries continue to reduce buying Russian oil, prices may keep rising throughout the year.

Exxon Mobil operates a project on behalf of a group of Japanese, Indian and Russian companies. In March, the company issued a press release saying that it is complying with sanctions against Russia. The press release noted that Exxon Mobil would begin the process of discontinuing operations and exit the project. In addition, Exxon Mobil stock will not invest in new developments in Russia.

In an unrelated press release, Exxon Mobil decided that it would go ahead with a Guyana offshore oil drilling project. When completed, the company expects it to produce about 250,000 barrels of oil per day. Yellowtail should be completed and begin pumping oil by 2025.

Regarding the Yellowtail project, Liam Mallon, president of Exxon Mobil Upstream Company said, “We are working to maximize benefits for the people of Guyana and increase global supplies through safe and responsible development on an accelerated schedule.”