These 3 Growth Tech Stocks Still Have Tons of Promise

So far, 2022 has been a tough year for the stock market. Thanks to rising interest rates, many high-flying growth tech stocks have gotten slammed. In fact, it has been so bad that even traditional “safe haven” stocks like Netflix, Amazon, and Facebook are down 30% or more. But, for investors with a longer time horizon, this correction could create an amazing buying opportunity. Despite their stock prices, there are still plenty of growth tech stocks that have tons of promise. Let’s take a look at three of them. 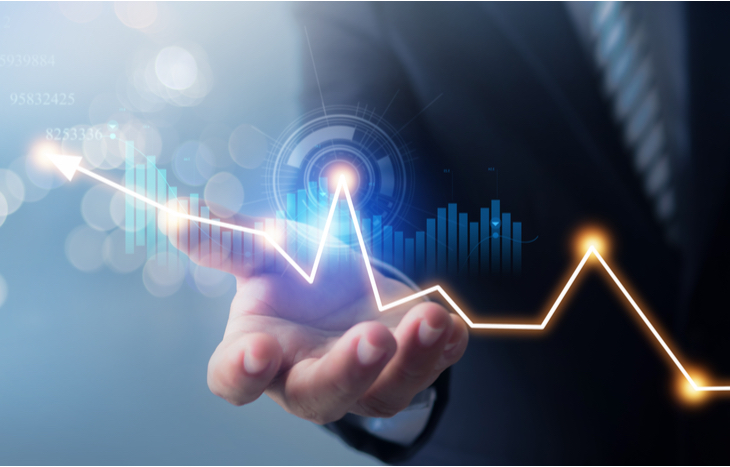 Sometimes, the stock market just doesn’t seem to make any sense. Here’s one example. Coinbase reported a 2021 annual revenue of $7.84 billion, up 514% year-over-year (YOY). It also reported a net income of $3.62 billion, up 1,024% YOY. At first glance, results like this should have investors doing backflips. But, the opposite is happening and the stock is down over 60% since its IPO.

It’s not even like Coinbase was wildly overvalued and is going through a much-needed correction. Coinbase currently has a market cap of around $27 billion and a P/E ratio of just over eight. This is incredibly low, especially for one of the most exciting high-growth tech stocks out there.

Many investors seem to think that 2021 was an outlier year for Coinbase’s earnings. However, there has been so much promising news in the crypto industry lately. There’s no reason to believe that crypto trading will slow anytime soon. Here are a few examples of positive news:

These aren’t exactly signs of an industry in decline.

Coinbase also recently launched an NFT marketplace. It’s not an exaggeration to say that this marketplace could end up making Coinbase more money than crypto trading does.

As it stands now, Coinbase has plenty of positive headwinds working for its business. This makes it one of the most fairly-valued growth tech stocks out there.

Roku was one of the pandemic’s biggest winners, with the stock rising around 240% during 2020. However, it’s likely that the stock got overvalued and it’s now down 25% since 2020. Despite the recent stock slump, Roku’s potential as one of the best growth tech stocks remains solid.

One reason that Roku stock is down could be due to what’s going on at other streaming companies. Netflix recently reported declining users for the first time ever. CNN+ also shut down just one month after getting little traction. Due to this, many investors are questioning the future of streaming. However, it’s likely that these issues are unique to those specific platforms, not streaming as a whole.

Roku’s recent strong numbers show that streaming is not necessarily declining. If anything, people just seem to be shifting where they stream content from. Early data shows that consumers are flocking toward ad-supported free streaming services like Tubi. It could just be that people are sick of paying for multiple subscriptions. Either way, none of this matters for Roku.

At the end of the day, it doesn’t matter which platform people stream from. Roku offers pretty much every major streaming platform. This is why Roku remains one of the top growth tech stocks despite a recent slump.

Etsy is another pandemic stock that likely got overvalued. Since the start of 2020, Etsy soared over 550% to an all-time high of $294/share. Now, it’s in major correction territory and is down over 50% so far in 2022. However, Etsy is much different than most pandemic stocks. This mainly comes down to demand.

For example, consider a company like Zoom, which soared during the pandemic. Now that the pandemic is over, many employees are back in the office. This means that there is a much smaller need to use Zoom in the post-pandemic world. The same is true for the stationary bike company Peloton. Peloton’s got incredibly popular during the pandemic because there was virtually no gym access. Now that gyms are open, there’s no need to spend thousands on a stationary bike. Etsy, a digital marketplace for handmade goods, is in a different situation that these companies.

Even though the pandemic is over, people will still need to buy things online. When they do, they’re still likely to visit Etsy’s platform. Ecommerce isn’t something that stops in the post-pandemic world. However, Etsy’s stock is getting punished like it is.

In fact, Etsy has already seen early evidence of returning buyers. It reported that ​​53% of all active buyers and 37% of new buyers who made a purchase in 2020 returned to make a purchase in 2021. Moving forward, Etsy is investing over $100 million into its platform to improve the customer’s shopping experience. Etsy is a great stock to add to your list of best growth tech stocks. It’s also done a good job of building its brand.

Based on numbers alone, it’s hard to tell what makes Etsy different from Amazon or Ebay. It’s just another digital marketplace to buy things, right? Not exactly.

Etsy has done a great job of positioning itself as a champion of small businesses. Its mission statement is to “keep commerce human”. In a world that’s increasingly dominated by large conglomerates, Etsy’s effort to promote entrepreneurs strikes a chord with many shoppers.

When you buy something on Etsy, you get the feeling that you are supporting a small business. This is because Etsy spends a lot of time investing in its community of sellers. Compare this to a company like Amazon, which replaces humans with robots wherever possible. Amazon sellers have also accused Amazon of creating Amazon-branded replicas of popular products to undercut sellers.

Another key part of Etsy’s strategy is offering unique, handmade goods. This helps differentiate it from other digital marketplaces. In fact, 87% of Etsy shoppers say that Etsy has products that they can’t find elsewhere. So far, all of this is showing up in Etsy’s bottom line.

I hope that you’ve found this article on growth tech stocks to be valuable! Please remember that I’m not a financial advisor and am just offering my own research and commentary. As usual, please base all investment decisions on your own due diligence.