Should you invest in Heliogen stock? The company is a solar energy startup that all investors should keep their eyes on. After their most recent breakthrough, replacing fossil fuels seems more possible than ever before. 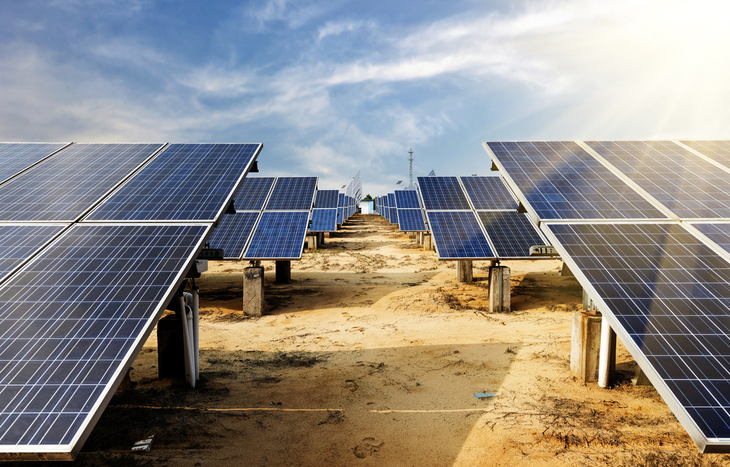 In December 2021, Heliogen announced that it completed its previously announced business combination with Athena Technology Acquisition Corp. The transaction resulted in a $188 million cash infusion to Heliogen’s balance sheet. This included funds from ATHN’s former trust account along with a private investment in public equity (PIPE).

The proceeds will be used to expand heliostat manufacturing and support research and development on next generation heliostat technology. Furthermore, it will use funds to support global project development and fund the balance sheet.

Heliogen could fuel the push to eliminate the need for fossil fuels. Until 2019, the company worked in secrecy since its founding in 2013. It wasn’t until November 2019 that the company decided to come out of the shadows. It didn’t even have a public website until that point.

Why the sudden transparency? The company made a major breakthrough at its solar energy testing facility a few hours north of Los Angeles. It announced its solar technology can exceed temperatures of 1,000 degrees Celsius. Moreover, it can sell this technology on a commercial level. This is the real game-changer.

Currently, commercial solar thermal systems can only reach temperatures of up to 565 degrees Celsius. This works for simple power generation, but it would never be enough for industrial use. Burning fossil fuels was still the solution.

Investors have eagerly waited for Heliogen stock since the major breakthrough. A company that promotes clean energy with groundbreaking technology is hard to come by. Even more so when it’s backed by some of the most powerful people on the planet.

Heliogen founder Bill Gross has a long history of success in solar energy. One of his companies, Energy Innovations, completed the world’s largest corporate solar installation in 2006 at Google’s headquarters.

He is also the founder of Idealab, which is one of the longest running technology incubators in the world. It has created more than 150 companies with more than 45 IPOs and acquisitions.

His mission for Heliogen is a tall task, but one he’s been passionate about throughout his entire life. Gross announced the company goals and mission a day before the major breakthrough.

“Heliogen is the culmination of my life efforts,” he stated in a separate press release. “Our goal is to replace and create fuel with pure, concentrated sunlight, allowing us to power the earth with the sun.”

It’s his mission to power the globe with renewable energy. However, 75% of worldwide energy is used as heat. This heat is made by burning fuels such as coal, diesel and natural gas.

That’s a pretty big gap to fill, but Heliogen is already heading in the right direction.

Do you have a passion for renewable energy and climate change? If so, Heliogen stock may be worth considering. At the time of the completion of the business merger, Gross said…

Powering the planet with renewable energy is not only critical to fighting climate change – it is also the biggest economic opportunity in history. The capital raised in this transaction will fund our accelerated growth and help us to globally scale our game changing AI-enabled concentrated solar power technology.

We believe we have the potential to transform the world’s energy production and meaningfully address climate change, while delivering long-term stakeholder value. With our talented and dedicated team, a world-class Board of Directors, our strong customer and partner relationships, a growing customer pipeline, and technology that is in high demand globally, I couldn’t be more optimistic about Heliogen’s ability to deliver on our mission of replacing fossil fuels with concentrated sunlight.

Heliogen stocks are an interesting investment choice because of the breakthroughs this company has made. As always, make sure to research before you invest. Prices of these stocks are constantly fluctuating and can be volatile for the first few months.

For other renewable energy companies that you are passionate about, check out some of the best green energy penny stocks of 2022.