What is Holochain (the HOT Crypto Token) and Should You Invest?

Holo (HOT) is an Ethereum-based token that powers Holochain. Holochain is a framework for hosting decentralized apps (referred to as dApps). In this sense, it will serve as an alternative to traditional cloud computing. Yes, Holochain has the potential to disrupt the $482 billion cloud computing industry. Over the next decade, it’s possible that all of this money moves onto Holochain. So, does this mean that you should be buying HOT crypto now while it’s cheap? Let’s take a look.

For clarification, HOT crypto is the current name of the token powering Holochain. Down the road, these will be convertible to HoloFuel. 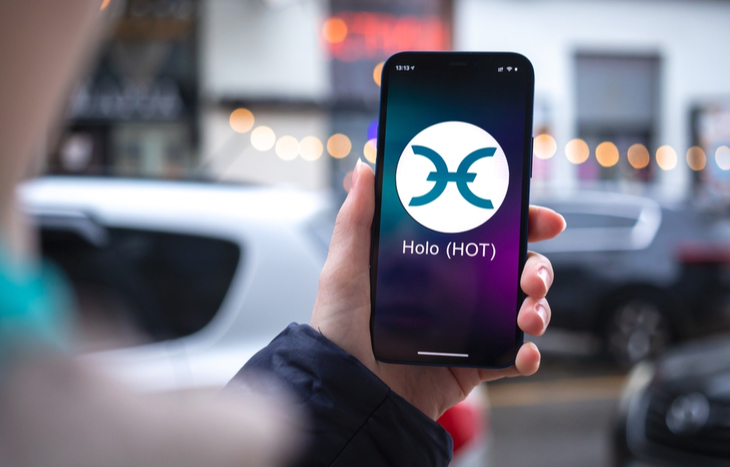 Holochain is a decentralized peer-to-peer hosting platform. It will also serve as an alternative to blockchain technology. One thing that many people don’t realize is that almost all blockchain projects rely on cloud hosting services like Amazon Web Services. Holochain, on the other hand, has devised a new method. Holochain’s framework allows it to be more versatile, scalable and efficient than blockchain.

Holochain technology works by allowing people to turn their computers into hosting stations. Instead of using one big web hosting service, Holochain taps into thousands of smaller ones. In this sense, it is essentially doing to cloud computing what Airbnb did to hotels.

Airbnb eliminated the need to stay at a large hotel by tapping into individual homeowners. It gave homeowners the ability to rent out their extra space. Holochain does the same thing by letting people turn their computers into hosting stations. The host downloads Holochain software and lets it run in the background of their computer. Then, hosts can set their own hosting prices and preferences. They are also paid in HOT crypto.

Holochain is still very much in its infancy. However, since it’s so young, there are still dozens of roadblocks that stand in the way. Assuming everything goes smoothly, let’s examine a few of the biggest pros of Holochain:

With that in mind, we know that no system is perfect. Let’s take a look at some of the cons of Holochain and the HOT crypto.

There are two major cons of Holochain and buying the HOT crypto:

To be successful, Holochain will need to achieve the network effect. This will most likely be a very slow process of recruiting developers/hosts and slowly growing their community. It could take years for the Holochain to really gain momentum.

Should I Invest In HOT Crypto?

As usual, this answer will come down to your investment style. Holochain is definitely an exciting new technological frontier. In the past few years, blockchain technology has taken the world by storm. Now, it looks like Holochain could go one step further.

If you are an aggressive investor then Holochain is a great opportunity. It is set to disrupt a nearly half a trillion-dollar market. The potential benefits of using Holochain’s system are plentiful. By buying HOT crypto now, you have the chain to get into the project insanely early. This could result in massive gains down the road.

For example, HOT crypto currently trades at half a cent. If HOT crypto spikes back to its all-time high (two cents) then you could easily make four times your investment. However, there is no guarantee that this will happen.

If you are a conservative investor then just remember that there is a chance the HOT crypto could go to zero. If this makes you uneasy then you may want to wait and see how the beta launch goes before investing.

I hope that you’ve found this article valuable for learning more about the HOT crypto! Please remember that I’m not a financial advisor and am just offering my own research and commentary. As usual, please base all investment decisions on your own due diligence.