ICP Crypto: Is it Time to Buy Internet Computer Token at a Discount?

Before the recent crypto crash, it looked like the perfect time for ICP crypto to uplist to Coinbase. Heavy hitters like Ethereum and Bitcoin were riding at or near all-time highs. Even somewhat forgotten tokens like Ethereum Classic had been on bull runs.

It proved to be ideal for anyone with an extremely short-term trading strategy when it comes to ICP crypto. Leading up to its listing on Coinbase, the value of Internet Computer token skyrocketed from around $193 to over $750 in a matter of hours. However, it only took a matter of days for the value to sink back below pre-Coinbase prices. Of course, some of that was the hysteria coming back down to Earth. But there were other forces at work too. 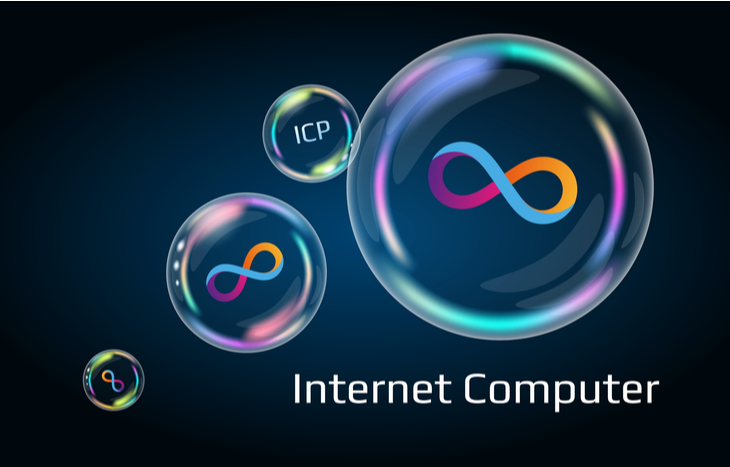 The first was the announcement from Tesla CEO Elon Musk that the automaker would no longer be accepting Bitcoin as a form of payment due to environmental reasons. That was followed by news that a China Crypto ban was coming. And then it was revealed that most of the “dollars” the stablecoin Tether was actually backed consisted of “commercial paper.” This is riskier asset than Treasury Bills. And this revelation paired with all of the other news was enough to send nearly every crypto tumbling.

Is Now the Time for ICP Crypto?

It’s safe to say Warren Buffett isn’t a fan of cryptocurrencies. He’s called them everything from a delusion to “rat poison squared.” However, we can take some words of wisdom from the famously contrarian investor and apply them to the current state of the crypto markets.

To be fair, Buffett never meant to apply this course of action to cryptocurrency. But that doesn’t mean it can’t be applied. The idea above simply means that when other investors are being greedy, it can push the price of assets to unreasonable levels… Leading to some investors paying too much. However, when demand is low due to fear, it can present a good value buying opportunity. That is, if you believe in the asset in the first place. And that right there is million-dollar question.

The idea behind ICP crypto is simple… The aim is to revolutionize and decentralize the internet as a whole. And no matter what your take on crypto is, if your name isn’t Mark Zuckerberg or Jeff Bezos, chances are you believe the industry giants control too much of the web and its traffic.

Case in point, if Amazon decides it doesn’t like a business that’s hosting websites on its servers, it can simply shut ‘em down. All it takes is a flick of the virtual switch. Furthermore, many companies have been built to seamlessly tie into other technologies. When the special relationship between game-maker Zynga and Facebook ended, Zynga shareholders saw a massive 85% decline in value. And that can happen to any company. All Facebook has to do is change its programming or decide it doesn’t want to allow a company access.

The folks behind ICP crypto want to change that…

Back to the Million-Dollar Question

If you’re of the mind that the internet should be decentralized. And power should be taken out of the hands of a handful of companies, Internet Computer’s ICP crypto could be right up your alley. The team behind it wants to decentralize the web. And they’re making strides to do just that.

You can start by taking a look at the Internet Computer Whitepaper right here. A lot of what is already in the works is layed out there. And future plans are as well. But for the ultimate CliffsNotes version, I’ll go with Andy Snyder’s explanation of what makes ICP crypto so appealing.

The coin acts as a governance token and way into this new system. This next generation of web technology will allow holders of the coin to directly install their code on the public internet… no need for centralized (and monopolized servers).

The idea itself is a fascinating one. One that has captured the imagination of business moguls, web developers and of course, crypto fans. That concept that Andy explained is what has made ICP crypto one of the most talked-about and in-demand tokens – despite the recent pullback in price. Now the questions that investors need to ask themselves are:

The Bottom Line on ICP Crypto

The Internet Computer team has a lofty goal. But it’s one that many people can get behind. The concentration of power is in the hands of too few individual companies. They can more or less dictate where people go for their information… and what information is served up to them.

However, if ICP crypto is successful it will help revolutionize how the web operates. And help give the internet back to the people. And they say if it’s not them, somebody else will certainly do it. If you think the team behind Internet Computer can help usher in the next generation of internet, then it’s clearly trading at a discount. But if you think it’s a pipe dream that couldn’t possibly be realized in your lifetime, then no pullback is probably worth your investment.

If you’d like to read more of crypto expert Andy Snyder’s no-nonsense explanation and analysis of cryptocurrencies, we suggest signing up for his Manward Financial Digest e-letter. It’s free. It’s a quick read. And it offers invaluable information to seasoned and rookie investors alike.