Investors are eager for the Impossible Foods IPO. The agrifood tech giant is catching the eye of investors after its recent $7 billion valuation.

So, when can we expect Impossible Foods stock? Let’s take a look…

Impossible Foods IPO: About the Business 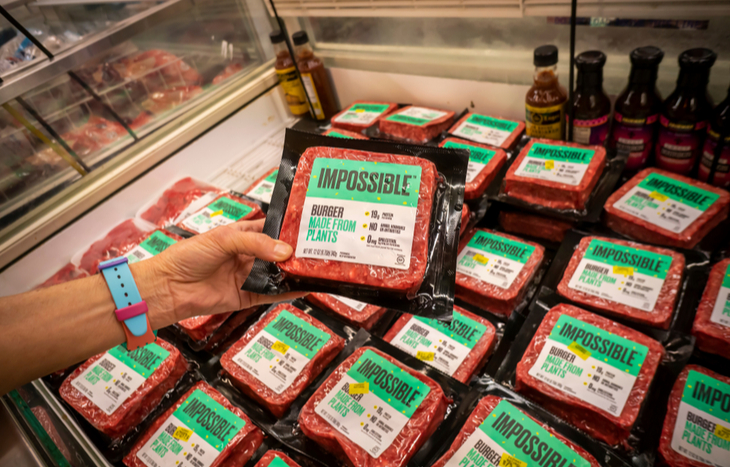 Impossible Foods is an agrifood tech startup. The company makes plant-based substitutes for meat, dairy and fish products. The company is on a mission to make the global food system sustainable by eliminating the need to make food from animals. But, it isn’t looking to build a better veggie burger. Instead, Impossible Foods started with a goal to engineer something that meat-eaters will love too.

Its products are currently available in seven different countries. This includes recent expansion into Australia and New Zealand. However, that is only a fraction of what the company is doing to grow. Dr. Patrick O. Brown, M.D., Ph.D., founder and CEO of Impossible Foods, said…

Our mission is to replace the world’s most destructive technology – the use of animals in food production – by 2035. To do that, we need to double production every year, on average, for 15 years and double down on research and innovation. The market has its ups and downs, but the global demand for food is always there, and the urgency of our mission only grows. Our investors not only believe in our mission, but they also recognize an extraordinary opportunity to invest in the platform that will transform the global food system.

Thanks to its mission to create tasty plant-based meat, this startup has gathered a legion of fans as well as lots of positive press. So, how does it compare to the competition?

Impossible has tapped into a growing hunger for its better burger. In 2019, UBS estimated that plant-based food sales would rise from $4.6 billion in 2018 to $85 billion by 2030. Furthermore, concerns over climate change could also increase demand for products that emit fewer greenhouse gasses.

The meat industry is one of the biggest producers of global greenhouse gas emissions. It has a huge carbon footprint. As the climate crisis worsens, people are seeking out healthier, more eco-friendly alternatives.

During the past few years, ESG investments – environmental, social and governance – have attracted tens of billions of dollars. Impossible Foods is well-positioned to benefit from these investment trends.

Despite this, Impossible Foods has more to compete with than Beyond Meat. In the last couple of years, major names in the meat industry like Tyson, Perdue, Smithfield and Hormel have introduced meat alternatives. Meaning Impossible Foods is competing against some of the largest consumer staples companies in the United States.

Impossible Foods was one of the highest-funded agrifood tech startups in 2021. So, let’s take a look at the finances…

Because Impossible Foods is a private company, so are its finances. However, Impossible Foods’ 2021 retail sales were up 85% year-over-year, according to Forbes. Moreover, the company is attracting major investors.

Impossible Foods will use the money to continue its retail expansion in new international markets. In addition, it plans to build out its technology platform, product portfolio and supply chain capabilities.

The recent funding round has investors asking: How much will the Impossible Foods IPO raise? Let’s take a look…

In April 2021, sources familiar with the matter reported that the company is planning an Impossible Foods IPO soon. According to the sources, the company will make its public debut through a traditional IPO or SPAC merger.

Furthermore, sources said that Impossible Foods has received “offers at a lucrative valuation” – as much as $10 billion – from SPAC suitors. However, sources added that the company is mindful that the SPAC route to going public could dilute existing shareholders more than a traditional IPO.

Sources warned that market conditions could influence the timing, valuation and size of the Impossible Foods IPO. Considering current market volatility, it’s unknown when investors should prepare for Impossible Foods stock. But it’s expected to come in either late 2022 or sometime in 2023.

Impossible Foods’ archrival, Beyond Meat, made its public debut in a $240 million IPO in May 2019. The company held a $1.46 billion valuation at the time. However, Beyond Meat stock is currently trading around half of its IPO price. Which is not a good omen for the Impossible Foods IPO.