IMPP Stock: Why Shares of Imperial Petroleum Are Trending

Try not to blink, or you may miss the next big move in the oil market. Oil prices are recovering again as crude hits over $100 a barrel as peace talks in Ukraine seem to be fading. As a result, shares of oil companies like IMPP stock are back on the rise.

Imperial Petroleum (Nasdaq: IMPP) is trending again after the meme stock exploded over 500% in less than two weeks. Then again, being such a small company, the low float makes it an easy target for traders.

At the same time, the energy sector is leading the market this year as the Energy Select Sector SPDR Fund (NYSE: XLE) up 24% YTD. Can the penny stock maintain its momentum this time?

Keep reading to learn why IMPP stock is trending and what to expect next from the company. 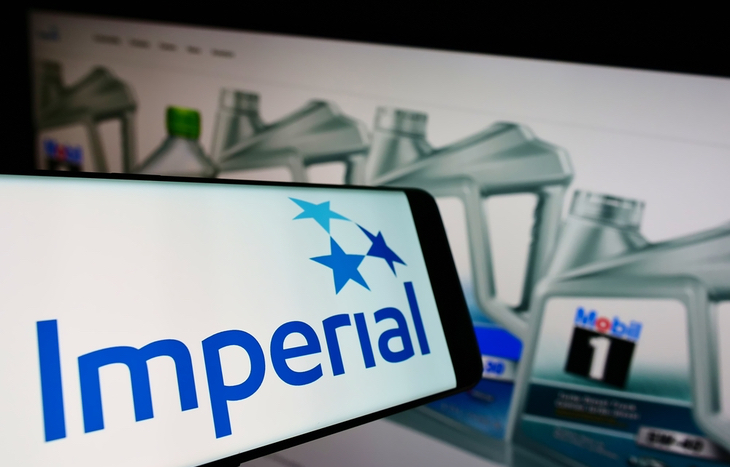 What Is Imperial Petroleum?

Imperial Petroleum was born after spinning off four tankers in December 2021 from StealthGas Inc (Nasdaq: GASS). Accordingly, the tankers transport oil and other petroleum products.

So far, the company’s fleet can haul 255,000 deadweight tons (DWT). Here’s a brief breakdown of the fleet:

The tankers are small compared to StealthGas’s entire 49 vessel fleet, but Imperial remains a wholly-owned unit of StealthGas.

With this in mind, the Greece-based shipping company is gaining investors’ attention as global oil supply comes into focus. Imperial plans to grow its fleet as drilling activity picks up and sea transportation becomes vital.

Why is IMPP Stock Trending?

After the pandemic, the tanker market saw a massive decrease in demand due to less travel and activity. As a result, charter rates also fell significantly, putting additional pressure on shippers.

However, since Russia’s invasion of Ukraine started, the market is getting flipped upside down. Oil demand is skyrocketing as several nations vow to either ban Russian oil imports or plan on phasing it out.

For example, the U.S. announced it was banning Russian oil imports on March 8, causing oil prices to near $130 per barrel. On top of this, the U.K. is also phasing out by EOY along with several E.U. nations.

Although the U.S. is largely independent of Russian oil, the E.U. relies on Russian oil for around 45% of its imports. So, as these countries look elsewhere for oil, investors speculate on IMPP stock to see the benefits.

After running to an ATH of $9.7 per share, IMPP stock cratered, with oil prices slipping earlier this week. So far, Imperial shares are down close to 75% from their highs, with peace talks soothing investor fear.

Although this may be true, IMPP stock is trending again today as oil prices continue climbing. But, most important, charter rates are back on the rise as shipping companies look to cover the cost of rising oil prices. Furthermore, several tankers are now charging a “war premium” for the extra risks.

What to Expect Next

With demand for oil not slowing anytime soon, oil prices are likely to remain elevated. Despite efforts to plug the supply gap, it could take some time before seeing the results.

Nonetheless, Imperial should continue seeing higher traffic, with demand for shipping oil by sea soaring. So far, with four tankers, the company plays a small role in the industry. Though Imperial is planning to expand its fleet, this will also take time.

In the meantime, with oil prices remaining elevated, Imperial will continue seeing higher costs. So far, the company is unprofitable with a net loss of $0.9M in Q3.

At the same time, rising oil prices are a good sign for future oil demand and Imperial’s business.

If charter rates continue rising, Imperial will be better positioned to cover these costs. The ongoing tension in Ukraine is keeping prices elevated, especially in the black sea region, as shippers take on extra risk.

In fact, a new report from Panama’s Maritime Authority suggests three ships were hit by Russian missiles, leaving others hesitant to take the route.

As tension first started escalating in Ukraine, IMPP stock shot up on heavy volume. Investors crowded in the stock, pushing it up over 500%.

The day before the U.S. announced the Russian oil ban, March 7, IMPP stock saw over 222.6B in volume. In comparison, Imperials stock has an average volume of around 35.3B.

A week later, IMPP stock is down over 75% from its highs. For one thing, ongoing peace talks seem to be keeping the oil market steady for now. Yet those negotiations seem to have stalled as oil is creeping back up today.

Another key point to consider is Imperial only has 21.24M shares outstanding. The company’s low float (4.27M) and high short interest (+50%) make it a perfect short squeeze candidate.

But, compared to its peers, IMPP stock is still fairly overvalued. Fellow sea transportation rival Pyxis Tankers (Nasdaq: PXS) is worth $29M while IMPP is upwards of $78M. Both have an enterprise value (EV) of around $75M to $76M.

One Last Thing to Know About IMPP Stock

Imperial is likely taking advantage of higher share prices after announcing an equity offering of 9.6M shares at $1.25 per share. The company exercising these options is a strong possibility because share prices are still up over 350% from a month ago.

Although the company plans to use the funds to expand its fleet, it can also dilute shareholders. The more shares available, the less each is worth.

Likewise, many traders have already jumped ship with a massive rally behind it. So, if you are still in IMPP stock, expect more volatility ahead.

In the long run, investors may see a return from Imperial. But it could be some time before the company sees a profit with new investments on the radar. Then again, higher oil prices are producing some unlikely winners. For more ideas to profit along with the industry, check out more on the best oil stocks during war.