Most people probably know lithium as one of Nirvana’s more popular grunge rock hits—or as a treatment for bipolar disorder. But it’s also a tradable commodity. Learning how to invest in lithium is a great way to benefit from the rising demand for this metal in markets around the globe.

These days, lithium is right up there with gold and silver in terms of demand. Despite this, it’s not a precious metal. Instead, it’s a highly commoditized metal that’s a building block for many new technologies—everything from electric cars to smartphones. As our world shifts ever-more into the digital space, demand for lithium will continue to rise. Savvy investors have found an opportunity to make money on this demand.

Here’s a look at some of the ways to make lithium one of your investments for the future. 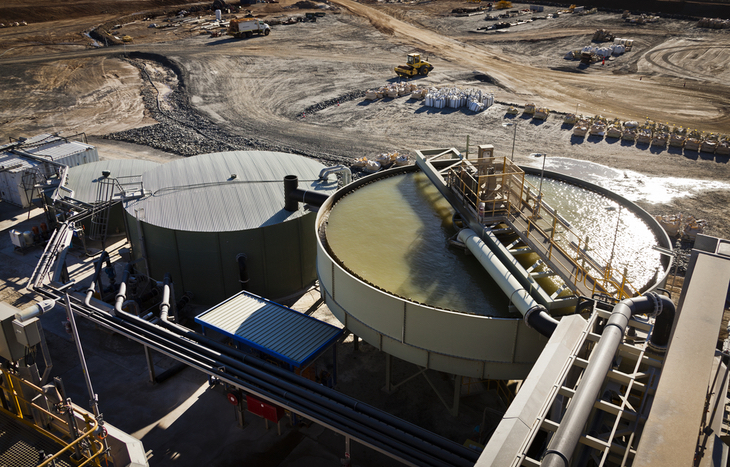 What is Lithium And What is it Used For?

Lithium is an extremely lightweight metal that’s also a great conductor. As a result, it’s one of the primary components in most modern batteries. Lithium-ion batteries, in particular. That’s not all it’s used for, either. Lithium is a primary material in many electronic components, which means it’s used in smartphone, laptop, tablet and television manufacturing, as well.

The biggest driver of lithium demand right now is the burgeoning electric vehicle market. Battery technology is better than it’s ever been, and lithium is part of the equation. Electrical vehicle makers like Tesla (Nasdaq: TSLA) see battery capability as a key differentiator for their products. As a result, the race for better battery technology is hotter than ever, and lithium is in high demand. As EV production ramps up in the future, lithium demand will grow in tandem.

Because lithium isn’t a precious metal, there’s no such thing as lithium bullion—and there’s no reason for it. If you’re interested in a lithium investment for the future, there are plenty of other opportunities. Here’s how to tap into the increasingly important lithium market:

In addition, there are also secondary means of investing in lithium. What better way to get broad exposure to lithium than through an investment in an EV or battery producer? Tesla is a great example—it’s the largest EV battery company in the world. Of course, the primary investment here is the end product the lithium supports.

The Chief Benefits of a Lithium Investment

The most obvious benefit of an investment in lithium is future demand. Almost every industry that leans on lithium stands poised to break out in the future—electrical vehicles biggest among them. While there’s no shortage of lithium right now, there could be in the future. When that shortage occurs, prices will skyrocket.

Cross-sector reliance on lithium is also a positive for investors. Everyone from electronics manufacturers to automakers rely on lithium. This means that should demand wane in one area, it’s not likely to drag the market down. As new uses for lithium come to bear, demand is only going up.

Bottom line? Lithium is an important material that’s slated to become virtually essential in several key industries. Investing today could be like staking your claim in an impending gold rush, so to speak.

The lithium market is very concentrated and controlled by a few producers. That’s a problem for retail investors, because it’s difficult to get a handle on the market value of this commodity. Lithium itself isn’t publicly traded, which means there’s no spot price to go on. Often, that leaves investors guessing blindly about true market value.

A low consolidation of ownership also means more volatility over time. Supply chains are fewer, which means disruptions could cause major downstream problems for a wide cross section of companies. There’s also questions about obfuscated inventory and supply. No one really knows how much lithium we have access to right now because producers don’t disclose that information. We won’t know there’s a shortage until we’re right in the middle of it. This will also create volatility.

The big takeaway here is a general lack of transparency. We don’t know enough about supply and availability to value lithium appropriately. While it’s an important material, it’s more important to establish its value as an investment.

Should You Invest in Lithium?

Now that you know how to invest in lithium, the question is: should you? That depends. If you’re already familiar with commodities as an investment vehicle, lithium should be familiar territory. If not, you’ll want to tread with caution. The lack of transparency within the lithium market right now means taking on risk. Thankfully, there are ways to downplay that risk: such as a lithium ETF or investment in securities that specialize in working with this metal.

Precious metals are trending in the right direction. Therefore, sign up for the Profit Trends e-letter below. You will gain access to daily stock tips, trends and insights that also include the commodity market.

The bottom line is that lithium will continue to rise in prominence. Technologies of the future rely on this metal, and will likely grow more reliant in the future. Investment in lithium today will likely result in strong portfolio gains—provided you make a sound investment and continue to monitor it.