Is Early Retirement Worth It?

Ask anyone if they want to retire early and they’ll likely respond with a resounding “yes!” But is early retirement worth it? Not if you don’t have a plan. In fact, retiring early without a well-orchestrated plan for the future could end in disaster. The last thing you want to do is retire at 45, only to have to go back to work at 55. Early retirement is only as good as your plan for it.

Surprisingly, money isn’t the only thing you need to consider about early retirement. For most of us, work is a central part of life. Giving that up means filling eight or more hours of your day with something else. Then, there’s the prospect of healthcare to consider—something that’s usually tied to your job.

The factors really start to add up when you begin to plan for early retirement. To make it worthwhile takes significant foresight to the future—and the discipline to plan. 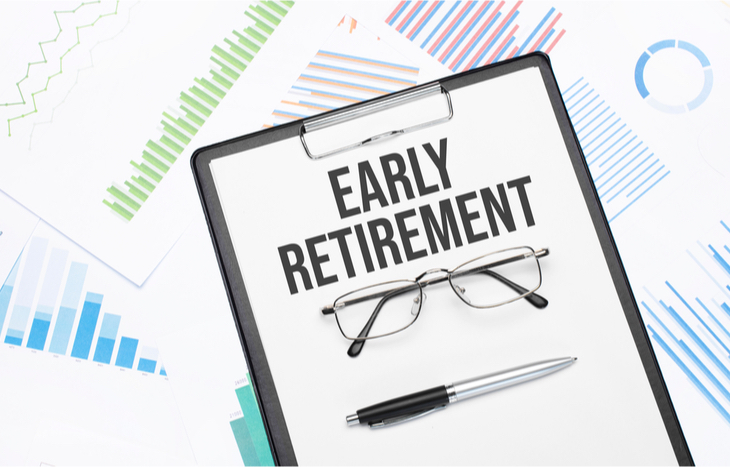 Is Early Retirement Worth it? Consider These Factors

There are more factors involved in early retirement than most people realize. The first and biggest is your finances, but that’s just the start. Here are the pillars of a sound early retirement strategy:

These are far from the only things you’ll need to plan for. They are, however, among the most important variables to consider if you’re planning on hanging up your work boots earlier than 65.

There are some big obstacles that can make retiring early a headache if you haven’t planned for them. For example, how will you get income if you retire at age 56? You’re too young to dip into your 401(k) without incurring a penalty (59½) and you’re too young for Social Security (65). This is something many people don’t anticipate. Failing to plan for a situation like this can derail your early retirement right from the get-go.

To avoid succumbing to costly problems like this, start planning diligently. Talk with a Certified Financial Planner and start looking at strategies to combat certain situations. For example, your financial planner might recommend a Substantially Equal Periodic Payments (SEPP) plan to avoid early withdrawal penalties from your 401(k). Even better, they might show you that you’re able to add an extra $5,000 per year to your annual income by working just two more years.

Planning and professional insight will put you on track to avoiding big-time mistakes that can make early retirement a mistake.

When is Early Retirement NOT Worth it?

There are times when early retirement isn’t worth it. Most often, it’s when the numbers don’t add up. If a financial planner tells you that retiring at 60 isn’t an option because you don’t have enough in savings, you need to face facts. Trying to “make it work” on a shoestring budget or taking chances to retire early are sure to put you in an imposition later on.

Another situation that might make you reconsider is one involving healthcare. If you and your family rely on healthcare offered through your work, dipping out for early retirement could put you at risk of incurring huge medical costs. Sometimes it’s best to ride out a quality healthcare plan for as long as you can. Many employers are even understanding enough to work out a part-time, semi-retirement arrangement with long-tenured employees.

Finally, there’s no reason to retire early if you love what you do! If your job is less of a job and more of a labor of love, don’t cut your earning years short. The more time you spend generating an active income, the more you’ll have when you do decide to hang it up for good.

Is early retirement worth it? If you have the means to retire early and the disciple to create and follow a plan, it’s a great opportunity. But only if you can retire and stay retired. Early retirement shouldn’t feel like a gamble between life expectancy and remaining funds. Instead, it should be a carefree, relaxing, rock-solid endeavor.

To learn more about the latest retirement strategies, sign up for the Wealthy Retirement e-letter below. You can learn new ways to build passive income in your life and retire on your own terms.

Should you retire early? If you can sustain your lifestyle until the end of your days, why not? Just make sure you’ve considered all angles.