Is There Any Pattern to Bitcoin’s Price?

If you’re an investor, you’ve heard of Bitcoin before. There’s no ignoring it. Bitcoin has been hot news in the investing community for years and has even garnered interest from the tech community for the blockchain technology it’s built on. Anytime it’s in the news, it commands major headlines – usually when they’re focused on Bitcoin price.

The price of Bitcoin can be described in one word: volatile. It has a tendency to fluctuate dramatically depending on many variables, namely the stability (or instability) of other markets. As bitcoin tends to be a reactionary currency, many people have tried to predict what it’s going to do next. Some have succeeded. It begs the question: Is there any pattern to predicting the value of bitcoin?

The History of Bitcoin’s Price

Bitcoin has been around and traded as a currency since 2015. Its initial coin offering (ICO) price was $327. Since then, it’s seen some major highs and lows, including explosive growth in 2017 and a relative crash in 2018. Now, in 2019, it’s climbing again. Here’s a consolidated history of bitcoin’s value through the years.

But is bitcoin’s price today indicative of what it will be tomorrow? Probably not. The currency is volatile, so how could anyone try to predict what it’s going to do next?

The Value of an Independent Currency

Predictions about bitcoin’s price come from its value as an independent currency. Bitcoin isn’t backed by any central bank or nation, which means it’s not tied to other traditional currencies. Its independence gives it power. For example, if the U.S. dollar suddenly weakens, it won’t drag the value of bitcoin down like it might other currencies pegged to it.

Bitcoin investors use this information to their advantage in predicting value changes. The idea is simple: When traditional markets experience volatility, bitcoin will experience growth. Investors will want to distance themselves from sinking markets, so they’ll put their wealth in an investment independent of them.

A bitcoin price prediction is far from an exact science. In fact, it’s becoming harder and harder to predict what bitcoin is going to do as its value rises. Will investors sell off and capitalize on their gains? Will more people buy into a currency on the rise? Is bitcoin really safe from economic turmoil?

Because bitcoin has  been an investment vehicle for only a few years, there are a lot of unknowns. Its abnormal behavior makes many people wary about where it’ll go next. But many people are capitalizing on the volatility to increase their wealth. While others are selling, they’re buying! Bitcoin has already reached $20,000 and sustained itself at $10,000 – who’s to say the next price ceiling isn’t $30,000? Of course, the next floor could easily be $1,000.

Is Bitcoin a Good Investment?

As is the case for most investments, the strategy for bitcoin appears to be “buy and hold” – at least until it stabilizes to a greater degree. There are still too many unknowns. How will bitcoin perform in a recession? Other than market volatility, what factors affect bitcoin? And, most importantly, how do you determine the intrinsic value of an intangible asset?

If you’re an investor with good risk tolerance and patience, bitcoin appears to be a great investment. If you’re risk adverse and nervous about volatility, you might want to stay away and put your money into something more stable. 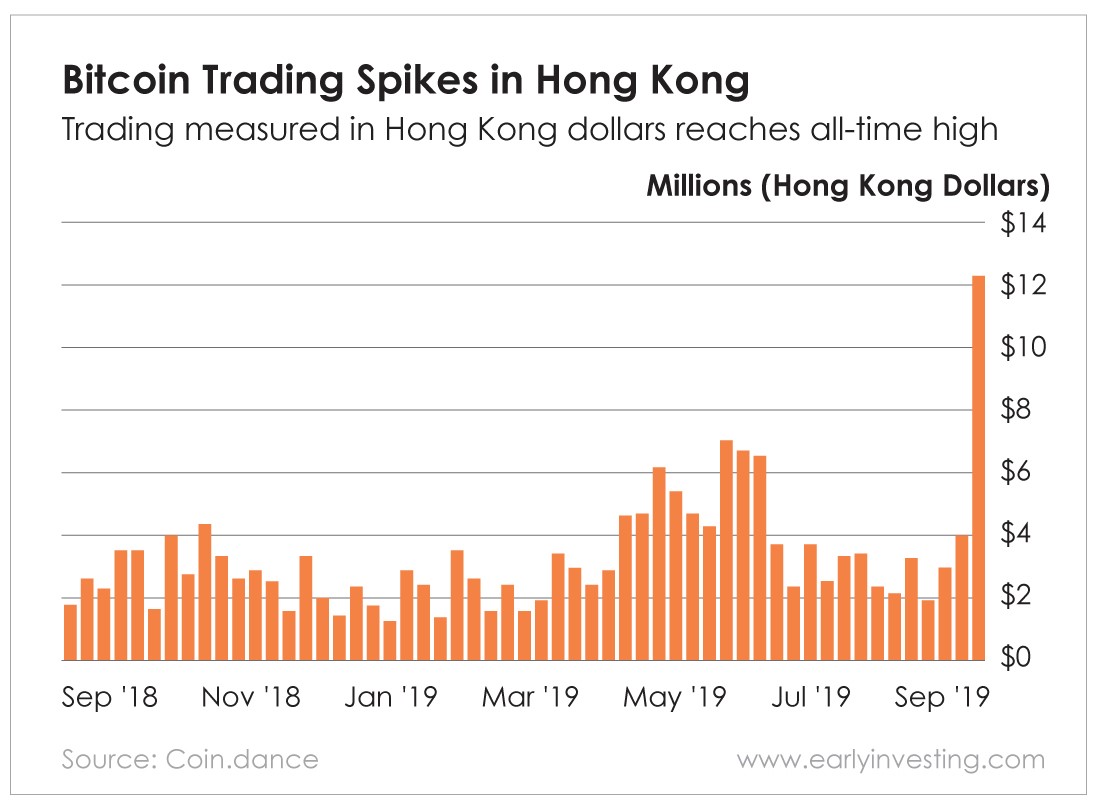