The EV space is as hot as it has ever been. With gas prices continuing to impact the average consumer’s wallet, industry interest will only increase. Today we’ll be looking at one of the key players in the industry, Lucid Group (Nasdaq: LCID). Looking at fundamental and technical data, we’ll create an updated Lucid stock forecast. 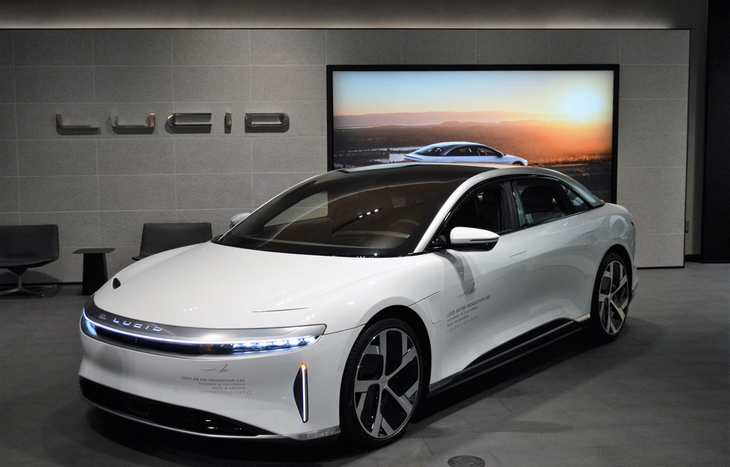 Before getting into an updated Lucid stock forecast, it’s important to know the company’s background. Lucid was found back in 2007. Though, back then it was known as Atieva, and did not produce any vehicles. It was not until a rebrand in 2016 when Lucid adopted its current name and company vision. With the rebrand, Lucid announced its intent to create cars, and not just batteries and powertrains for other manufacturers. Last year, several hundred Tesla engineers jumped ship from Tesla to Lucid, an extremely positive sign for the company. Lucid delivered its first cars to a group of 20 reservation holders in October of 2021. Since then, the company has delivered several hundred more units to other reservation holders.

At this juncture, Lucid is not a profitable company, nor does it expect to be any time soon. On that front, it shares remarkable similarity to Tesla, so it isn’t a strong hindrance. Lucid stock forecast expects to have negative free cash flow of $2.8 billion in 2022. Lucid expects that number to increase in 2023, up to $3.3 billion. Since debuting on the Nasdaq, Lucid has missed on both earnings reports, reporting a much larger loss than expected. Having just started delivering vehicles, revenue totals are quite small. Whereas last year’s revenue was under $28 million, net losses totaled just under $2.6 billion. Given the lack of profitability, looking at any of the “Return on (x)” ratios would be pointless.

Stated simply, besides potential, there is not much which quantitatively supports Lucid. Price targets released by Wall Street analysts have a wide-range, showing the general uncertainty on how to approach Lucid. Their Lucid stock forecasts ranged from being quite bearish, to quite bullish. One analyst at Morgan Stanley has a price target of $12, roughly 40% below current levels. However, a Citigroup analyst has a price target of $45, more than double current levels.

These price targets also consider the fact that Lucid’s car was named Motor Trend’s Car of the Year last November. The company is facing serious production issues, though this issue mirrors most of the automotive industry right now. After expecting to produce 20,000 cars this year, recent updates changed those estimates to 12-14 thousand. Again, simplifying the information, the car has a lot of potential. However, the company faces significant challenges.

Lucid debuted on the Nasdaq less than one year ago, on July 26, 2021. At the time, the stock was trading at around $28. With the stock price currently under $22, you might not imagine it was trading around $58 last November. Lucid hit those highs on the back of the aforementioned news that it had begun delivering its first cars.

Lucid stock began falling in December, and has only recently leveled out. It currently looks to be trading in a bullish wedge, with the support line sitting at around $21.50-$21.75. With the current stock price hovering around those levels, there may be a good technical entry presenting itself. The resistance line on the wedge is descending, perhaps setting up for a bounce off of $26.50 in the next few weeks.

Trading below most of its moving averages, a significant number of technical indicators are still flashing sell signals for Lucid stock forecast in the short term. However, its RSI for the near past is below 40, residing in the higher end of the “Oversold” range. The RSI for the past month is still hovering just below 60, on the lower end of the “Overbought” range. Most other oscillators are neutral, with a small amount which are either bearish or bullish. So, even as it pertains to technical investing, price levels and charting provide the only real support for investing.

Investing in any unprofitable company is a risky endeavor. However, when looking at other companies in the EV space, this does not stand out as a major red flag. Interpreting a Lucid stock forecast truly depends on your own optimism for the industry, perhaps even moreso than about the company itself. Lucid’s one vehicle is receiving rave reviews, and Motor Trends considers it to be the Car of the Year. However, Lucid has recently slashed its own production expectations, not to mention existing lack of profitability. Chart analysis implies a good entry point at current levels, though in a relatively small range.

With gas prices continuing to plague people, the EV space continues to capture our imagination. Lucid has the potential to be great, the question is whether or not they can deliver. For investors sake, I hope they don’t experience the same struggles as they have in delivering their produced cars.