Stocks in renewable energy are some of the fastest-growing companies in the energy sector. Countries around the world are making efforts to move toward renewable energy as quickly as possible. Motivations are plenty. For instance, renewable energy sources like solar and wind power cause no harm to the environment like fossil fuels do. In addition, dependency on foreign oil and natural gas.

As demand for renewable energy equipment like solar panels has risen, more suppliers have joined the party. And the competitive pressure from new companies has caused prices to fall. Additionally, customers are already clamoring for renewables. Lower prices for equipment and renewable energy only add fuel to the demand. 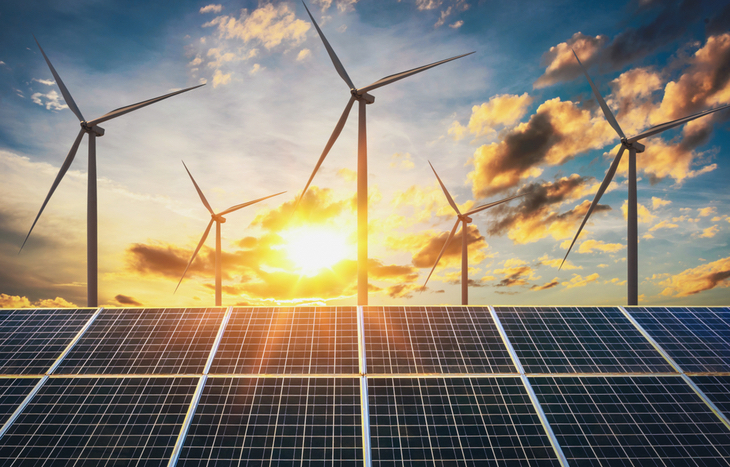 Environmental, Social and Governance (ESG) investing has also been trending. ESG’s approach invests in the stocks of companies that do good for society. ESG stocks are involved in things like climate change, employee diversity and responsible boards of directors.

Many ESG focused mutual funds have attracted massive inflows. Stocks in renewable energy are an excellent source for ESG funds and socially-minded investors.

Fossil fuels still make up the vast majority of the world’s energy needs. Countries around the globe have made commitments to reducing their carbon footprints over the next decade. So, there is plenty of room for growth in renewable energy stocks.

In fact, according to a report by Allied Market Research, the renewable energy market was $881.7 billion in 2020 and is projected to reach $1,977.6 billion by 2030. The report also says that renewable energy only makes up only 7% of the world’s energy demand.

Let’s look at a few stocks in renewable energy.

In the past, Enphase has primarily sold inverters to makers of rooftop solar panel systems. Lately, the company has entered the market for energy storage, EV charging and digital services for homeowners. In addition to its residential inverter market, Enphase aims to enter the commercial inverter market starting this year.

On top of the rapid growth in rooftop solar panels, rising energy costs could cause more homeowners to switch to solar this year. The stock is up over 28% over the last year, making it a great addition to this list of stocks in renewable energy.

According to Clearway’s most recent annual report, the company is one of the largest renewable energy owners in the U.S. It has over 5,000 megawatts of installed wind and solar power projects. In addition, the company has over 2,500 net megawatts of natural gas facilities.

Almost all of the company’s power-generating assets are under long-term contracts. These contracts have a weighted average length of about 12 years. Clearway is committed to paying shareholders a stable and growing dividend. Currently, the stock pays an annual dividend yield of about 4%.

Keep reading for more info on stocks in renewable energy.

Wolfspeed’s products are great for solar panels, which get very hot as they collect sun rays. In addition, electric vehicles need more chips than gas cars. Like gas cars, electric vehicles get hot when drivers use them. Silicon carbide is a great way to allow chips to work in these harsh conditions.

The stock has risen over 300% in the last five years.

Plug Power is a leading provider of easy-to-use solutions for hydrogen fuel cells for forklifts. The company also makes fueling stations for its customers. In addition to being part of the renewable trend, Power Plug’s customers are in the fast-growing supply chain and logistics market.

The company recently issued a press release about fourth-quarter 2021 results. It said that the company made sales of $162 million. That is the highest quarterly sales the company has ever had. Shares of Plug Power are down around 10% this year.

And finally, the last stock on this list of stocks in renewable energy is Blink. Blink sells commercial and home electric vehicle charging equipment and services. According to the company’s most recent annual report, its principal line of products and services includes its nationwide Blink EV charging network. The network operates Blink charging stations and handles charging data, back-end operations, and payment processing.

In March, Blink Charging issued a press release reporting fourth-quarter 2021 results. The release noted that sales were up 224% for the year. In addition, the company contracted 3,733 charging stations in the fourth quarter. The stock is down over 6% this year.