Now’s the time for a proper marijuana stocks list for 2021. The marijuana industry has awoken from its two-year hibernation. The market is growing as fast as the product. And there’s been a lot of optimism in the space since the inauguration of President Joe Biden.

Lawmakers have made it clear that the federal legalization of marijuana is a priority. At this point, it’s a matter of when, not if. Virginia will become the 16th state to legalize marijuana. And 12 more states have legislation on the table to follow suit. On top of that, about three-quarters of U.S. states already allow some form of medical use. 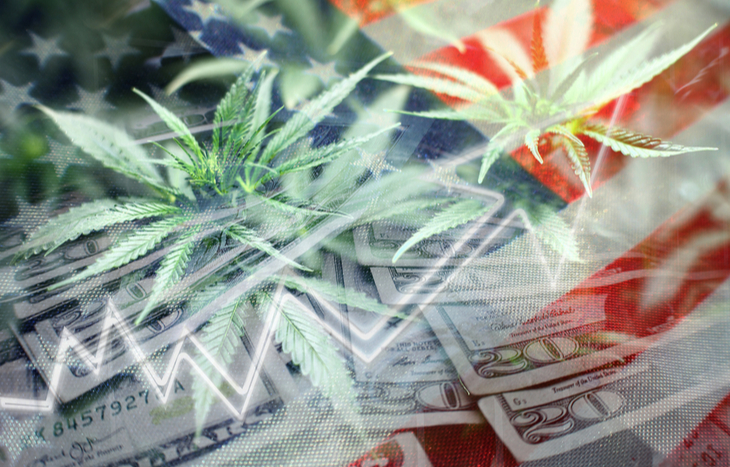 Momentum is on the side of legalization. When federal laws follows suit, it will be a watershed moment – and not just for smokers and “midnight tokers.” It will reverberate across the cannabis industry as major players in the U.S. are finally allowed to uplist to major exchanges.

Because marijuana is still a Schedule I substance, it is illegal at the federal level. Because of this, the Nasdaq and NYSE have maintained a stance against listing U.S.-based marijuana companies on their exchanges.

The ban led to MedMen Enterprises – which is based outside of Los Angeles – to list on the Canadian Securities Exchange. Conversely, Canadian marijuana companies like Aphria (Nasdaq: APHA) and Tilray (Nasdaq: TLRY) were permitted to trade on U.S. exchanges. This happened shortly after Canada passed legislation to legalize marijuana.

Why Companies on This Marijuana Stocks List Could Pop

Since listing in Canada, MedMen’s ventures haven’t gone particularly well. The company has been restructuring since 2019. It’s lost most of its equity value. And it’s begun to sell off major assets to protect its remaining portfolio.

On the other hand, many Canadian marijuana companies have done quite well since listing in the U.S. The exposure got Canopy Growth (Nasdaq: CGC) a billion-dollar investment from Constellation Brands (NYSE: STZ). Cronos Group (Nasdaq: CRON) was the beneficiary of a $1.8 billion investment from Altria Group (NYSE: MO). And Aphria and Tilray’s reverse merger will create the world’s largest cannabis company. Good things come to those who wait… to be able to list on the Nasdaq.

We’re already seeing the effects. The U.S. Marijuana Index has been on a tear. As our Trends Expert Matthew Carr pointed out earlier this year, the index has been far outpacing broader indexes…

“From its March lows, the index rocketed more than 313% higher to close out 2020. And individual companies put even that surge to shame.”

To put it simply, it was a historic year for U.S. marijuana stocks. But things are only starting to heat up. Check this out…

Just a few years ago, MedMen was one of the only $1 billion multistate operators (MSO) in the U.S. But that marijuana stocks list has grown substantially. Curaleaf Holdings (OTC: CURLF), Columbia Care (OTC: CCHWF), Cresco Labs (OTC: CRLBF), Green Thumb (OCT: GTBIF) and Trulieve (OTC: TCNNF) are all worth more than $1 billion. And there are several more right around the corner from the $1 billion mark. That means a whole lot of marijuana companies could be ready to uplist to a major exchange when legalization comes about.

The Qualifications for Major Exchanges

The NYSE requires companies to have at least 1.1 million publicly traded shares. And those shares need to represent a collective market value of at least $100 million.

The Nasdaq mandates that firms have 1.25 million publicly-traded shares with a collective value of $45 million. And both the NYSE and Nasdaq require shares to have a minimum security listing of $4 per share.

On top of those qualifications, there are other requirements that need to be met. The total value of the company must meet certain thresholds. There are requirements for daily or monthly trading volume. And of course, there are SEC reporting requirements.

Even after these qualifications are met, there are usually listing fees. And those listing fees scale up depending on the number of shares being traded. Charges to list on the NYSE can easily add up to hundreds of thousands of dollars. Nasdaq fees are considerably less, though… which is why it’s a more popular uplist destination for smaller companies. But it’s still important for companies to have the capital to be able to be listed and stay afloat.

Based on these criteria, here is the list of U.S. marijuana stocks best suited to uplist to a major exchange…

The U.S. Marijuana Stocks List: Five Firms With the Most Upside Potential

Of the five firms on this marijuana stock list, only Jushi doesn’t have a market cap above the billion-dollar mark. And they all have share volume at or near the requirements to uplist to a major exchange. Plus, as is, none of them would have an issue maintaining a price point above the $4 threshold. That makes all of these companies primed and ready to uplist to a major exchange once they are permitted to.

The Bottom Line on Our U.S. Marijuana Stocks List

The marijuana industry as a whole has undergone some massive price swings in the past six years. And there is no certainty that federal legalization in the industry is coming this year. So, when it comes to these stocks, patience is key.

For longtime cannabis veterans, we know the biggest cause for caution heading into 2021 is euphoria. The threat of overheated optimism inflating prices too quickly and the fear of missing out could lead to a bubble. That’s a tale we’ve watched play out multiple times over the years.

In other words, these over-the-counter stocks might not be suited for those looking to make a quick buck. They might not suit those who are extremely risk-adverse either. But for the buy-and-hold types, the companies on the marijuana stocks list above are in a great position to explode upward once they are allowed to list on a major exchange.

If you don’t fit that last category, though, they’re not the only way to get in on the marijuana action. Diversification can greatly limit downside risk. Spreading your investment dollars around several marijuana stocks can help reduce risk. If that’s a more appealing route, we suggest checking out these top marijuana ETFs.

However, if high risk and high reward (pun intended) is what you’re looking for, these U.S. marijuana stocks are perfect for you.

And if you’re looking for additional investment opportunities with lots of upside potential, sign up for our free Profit Trends e-letter. It’s packed with insight from market experts like our own Matthew Carr. And it’s perfectly suited for both advanced and novice investors.