Five Medical Marijuana Stocks for What Ails Your Portfolio

The listing of medical marijuana stocks has certainly helped weed go legitimate. Once Cronos Group (Nasdaq: CRON) began trading on the Nasdaq, the cat was out of the bag. And just like that, Reefer Madness took on a much different connotation.

It wasn’t long ago that Big Pharma was a major opponent to the legalization movement. Purdue Pharma and Abbott Laboratories (NYSE: ABT) were making big bucks from their pain-killing opioids. And they weren’t too keen on facing off against new competition. Legal marijuana posed a major threat to Big Pharma’s bottom line. 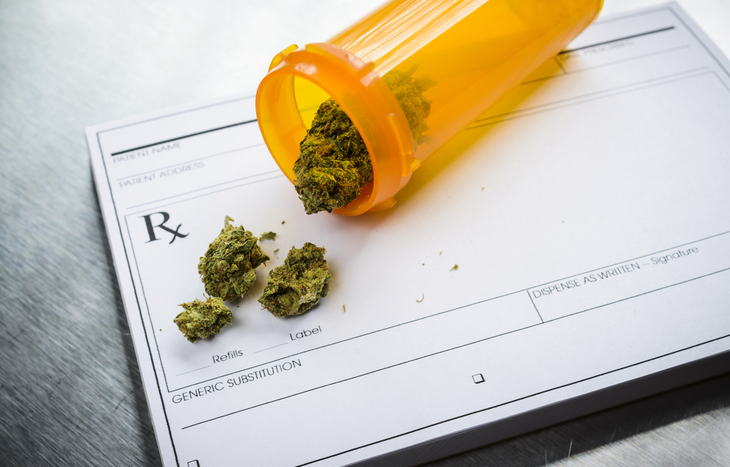 Meanwhile, other pharmaceutical giants began to embrace the weed revolution…

These huge pharmaceutical companies aren’t going to suddenly get into the growing business. They’re going to enlist the help of those that have a proven track record of growing and cultivating marijuana. At this point, Big Pharma has a lot of them to choose from. But some have more potential than others. With that, here are the five medical marijuana stocks best positioned to offer the most help.

Cronos gets top billing because it was the first pure-play medical marijuana stock to trade in the U.S. Since then, the company has increased production and distribution across five continents. It has also been making some interesting moves on the research and development front.

Cronos Group’s products include the first medicinal cannabis in Canada, which has extended to several small batch strains. And the company also has three hemp-derived CBD brands. But what makes Cronos especially ripe for Big Pharma partnerships is the lab-grown cannabis product it’s expected to launch by the end of the year. Through biosynthesis, Cronos plans to be able to produce pure cannabis molecules.

“Ultimately, the cannabinoids are the same whether they’re coming from the plant or from fermentation,” Cronos Executive Chairman Mike Gorenstein told Bloomberg. But Cronos anticipates being able to produce much more from fermentation. And when scaled up, Cronos expects to be able to produce the potent parts for as little as $0.10 a gram. That’s a figure that Big Pharma will be salivating over. And that’s what makes Cronos one of the most promising medical marijuana stocks available.

While Cronos had the honor of being the first medical marijuana stock listed on a major U.S. exchange, Tilray was the first to IPO. Since then, it’s been a pretty wild ride for stock holders. The cannabis boom of 2018 saw Tilray shares rise from $17 to $214 in a couple of months. The stock price soon came down to earth. But the company has been steadily pushing forward since… and increasing its influence.

As mentioned above, Tilray has already begun an agreement with Novartis. It also entered a joint venture with Anheuser-Busch InBev (NYSE: BUD) to research THC- and CBD-infused beverages.

Then, at the tail end of 2020, Aphria conducted a reverse acquisition of Tilray. The move makes Tilray the largest cannabis company in the world. Not content to stop there, Tilray has since entered a partnership with Grow Pharma to provide medical cannabis to patients in the U.K.

Tilray’s stock was not for the weak of heart in its early years. Big spikes and rapid declines in value were its calling card. But the company has been making sound business moves of late. As things continue to settle down, it’s doubtful that this medical marijuana stock will stay down for much longer.

You won’t find these next three stocks on the major exchanges like the Nasdaq or New York Stock Exchange (NYSE). Until the U.S. federal government loosens its stance, these medical marijuana stocks will remain under the radar on OTC exchanges. But that doesn’t make them any less promising.

For now, marijuana is still a Schedule I substance. That makes it illegal. And both the Nasdaq and NYSE have maintained that marijuana stocks that do business in the U.S. cannot be listed on their exchanges.

The next three companies have been forced to make a decision: either pull out of U.S. markets in order to uplist or remain OTC. With 36 states and four territories now allowing the use of medical marijuana, it makes sense to simply wait for federal restrictions to loosen – especially considering that marijuana sales in the U.S. are the highest in the world… despite its illegal status. Plus, marijuana is expected to bloom into a $73.6 billion industry in the next six years. It just wouldn’t make sense to walk away from U.S. sales with that sort of growth trajectory expected.

The Biden administration is seen as favoring marijuana reform. And Senate Majority Leader Chuck Schumer has pledged to make reform a priority. So it probably won’t be long until U.S. medical marijuana stocks show up on the major exchanges. But there’s no need to wait until that happens.

Green Thumb Industries has the momentum and trading volume to easily qualify for the big leagues. The company recently raised $56 million from selling shares in the U.S. It has already scored the first U.S.-based pot IPO, but it still has a ways to go before being listed on a major exchange.

What makes Green Thumb so promising is its holistic approach to marijuana. It is dedicated to providing health and wellness solutions to its customers… not just a way to get high. For instance, the company’s “Feel Collection” offers cannabinoid tinctures for specific issues. One example is its sleep aids, which provide an alternative to pharmaceuticals. That in itself is a booming business to be in.

Cresco Labs is one of the biggest multistate operators (MSO) in the country. And it’s got the profits to prove it. Cresco’s 15 production facilities and 29 retail licenses spread across nine states have generated record revenue for the company. Its retail revenue is up 60% quarter over quarter. That makes three straight quarters with more than 40% revenue growth. In other words, Cresco has been on a tear.

On top of this, Cresco has been securing partnerships and acquisitions with other heavyweights in the industry. It just signed a distribution agreement with the award-winning cannabis producer, Emerald Family Farms. And it recently picked up an established medical marijuana dispensary in Cincinnati, Ohio.

Cresco has a lot of momentum on its side. And if it can continue on its path of expansion, it will be one of the biggest medical marijuana stocks out there.

Curaleaf has been in the news quite a bit lately. And the news has been good. Curaleaf got started in New Jersey back in 2010. It was one of the first companies to develop a vaporizer capable of delivering a single measured dose of medical marijuana.

Today, it operates in 23 states, has more than 100 dispensaries and boasts more than 350,000 registered patients. And while maintaining a science-centric approach to marijuana, Curaleaf’s vertically integrated model allows it to control its cannabis business from seed to smoke.

The company has delivered six straight quarters of positive earnings and is rapidly closing in on profitability on a GAAP basis… this seemingly in spite of its rapid expansion.

Pot stocks of all kinds will likely remain volatile until federal regulation in the U.S. becomes more uniform. But for long-term investors, these five medical marijuana stocks are promising. They all have the range and relationships necessary to dominate this ever-expanding industry.

As our own Matthew Carr reported at the beginning of the year, the big MSOs are reporting more than $100 million in quarterly revenue. And they’ll approach nearly $1 billion in sales this year. These are numbers that investors couldn’t fathom at the onset of this burgeoning industry. But that’s the reality now.

If you’d like to stay abreast of all things cannabis, we suggest signing up for our Profit Trends e-letter. It’s the easiest way to stay on top of the news moving the marijuana markets.

Read next: The Five Best Marijuana ETFs to Invest In This Year 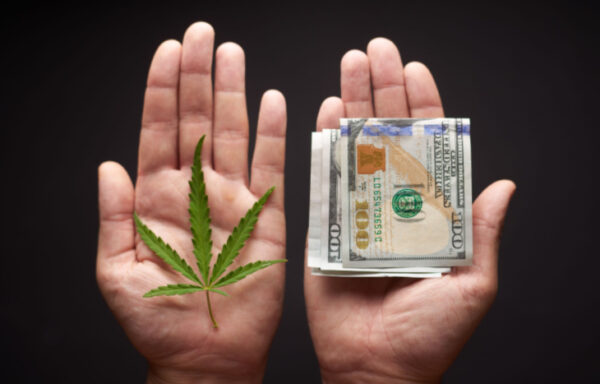