The 10 Most Expensive Stocks Money Can Buy

When we think of status symbols, we think of items that show that someone has “made it.” Expensive cars, expensive watches, expensive jewelry, and the like. But what about the most expensive stocks? Stocks, that when held, can show that someone has “made it.” Perhaps as strong a status symbol as an accessory, and perhaps as much or moreso than an expensive home. Today we’ll be looking at the 10 most expensive stocks money can buy. If you’re looking for a financial flex, these are the stocks you’ll want to hold in your portfolio. 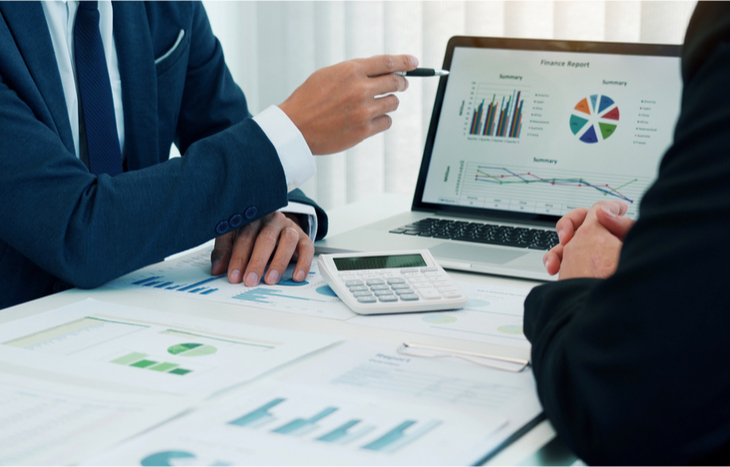 The first entry on our list of the most expensive stocks, CABO, trades at just under $1,500. A few months ago, the stock actually would have been a position or two higher, trading at over $1,800. It owes its fall in share price to two consecutive misses on company earnings reports. Its drop has coincided with the rise of Markel Corporation (MKL), with less than $20 now separating the two. Less than two months ago the difference was pronounced, with a gap of a couple hundred dollars. If the country’s seventh largest cable operator continues to slip, look to Markel to quickly take its spot.

Chipotle’s turnaround has been nothing short of astounding. Less than seven years ago Chipotle was reeling from repeated infection outbreaks, and a reeling stock price. Some thought that the scandal(s) would leave a permanent stain on the company. The stock was trading at around $260 in late 2017. Today? Today CMG is trading at over $1,600 per share. For those doing the math, that’s an over 6x increase in share price in less than five years. Chipotle owes its success to Gen Z and millennials, and the targeted digital marketing they ran for them. Chipotle knows it too, just ask their CMO.

A jingle as famous as any other: “Get in the zone, AutoZone.” You can hear it playing in your head right now, can’t you? It’s alright, it’s stuck in my head too. AZO currently trades above $2,030, continuing a solid increase in stock price. While it is down roughly 3% on the year, it is up over 20% in the last 6 months. In addition, it is up over 7% in the last month. AZO had actually dipped below $1,760 in late February, before another earnings beat sent it upward. With over 6,000 locations across 49 states in the union, it is the largest [traditional] auto parts company.

Booking Holdings, perhaps most famous for their Booking.com ads, occupies the fifth spot on this list of the most expensive stocks. With a stock price currently over $2,300, it has nearly doubled since falling below $1,200 in March of 2020. With internet holdings including Kayak.com, OpenTable.com and Agoda.com, Booking is well positioned in its space. However, BKNG fell below $1,850 in early March, indicating that approaching the stock might require some caution.

One of the largest companies in the world, and the company synonymous with search engines and internet searches. Google has dominated for so long the “google” and “googling” now sit in dictionaries. The stock currently trades at around $2,820, below February highs of over $3,000. Google was a founding member of the “MAGA” club, stocks trading at a market cap above one trillion dollars. If it can breach the $3,000 level again, it will join Apple and Microsoft at over $2 trillion.

Another of the largest companies in the world, we find Amazon trading at around $3,300 per share. At this point, who hasn’t heard of Amazon? Company revenues reached over $469 billion dollars last year, a substantial increase from the $380 billion it posted in 2020. Amazon has a business model that has it involved in everything from grocery stores to cloud storage. Pretty solid growth for a company originally associated with selling books. The stock is also a member of the famed MAGA club, one of the inaugural four.

Placed towards the higher end on the list of most expensive stocks, we find SEB. Seaboard Corporation is primarily known as a pork producer in the US. However, it is also involved in other agriculture and transportation. Currently trading at over $4,270, this is a stock that you may have never heard of. With a market cap of just under $5 billion dollars, SEB is in the lower range of a mid-cap stock. However, due to the low amount of shares outstanding, the per share price is as high as it is.

With its stock currently trading at around $4,490 dollars, NVR Inc is probably the most expensive company you’ve never heard of. NVR issues mortgages, and builds homes in the US. Perhaps you’ve heard of any of their subsidiaries Fox Ridge Homes, Heartland Homes, Ryan Homes, or NVHomes? NVR is trading at a relative discount, given that it was around $6,000 on December 30 of 2021. With home prices continuing to grow, and new home constructions being in high demand, it might revisit those highs. Though given recent misses on earnings, perhaps a bit of caution is warranted.

Looking at the range of prices from ten to three, you might think the final entries will follow the same trend. However, you’d be sorely mistaken, the final two stocks make the previous eight look like penny stocks in comparison. Intrigued? Let’s look at two of the most expensive stocks in the world.

Trading at 114,500 Swiss Francs (~$123,688), the Lindt chocolate company is the second most expensive stock in the world. To its credit, the Lindt company does not only make chocolates, also making other sweets and ice cream. With an almost 200-year history, longer than another Swiss chocolatier Nestle, Lindt has established itself as a true conglomerate. However, it should be noted that the stock only trades on the Swiss (SIX) Exchange. In order to invest directly in LISN, you’d need a global trading account set up with your broker.

The most expensive stock in the world, the true sign that you’ve “made it.” Trading at over $520,000 as of this writing, it costs more than the median American home. That fact is astonishing to truly ponder. With home prices hitting record prices, the price of this one stock is over 28% more expensive. Berkshire Hathaway is Warren Buffet and Charlie Munger’s prized holding company – though it also doubles as an insurance company. The stock has also vastly outperformed the markets this year, up over 16% year to date. If BRK.A shares are out of your price range, might I suggest BRK.B? Shares of the stock trade at a relative pittance, at only $348 per share.

Conclusions on The Most Expensive Stocks

There you have it, the 10 most expensive stocks that money can buy. Some, which will “only” set you back a rent or mortgage payment. Others, which will set you back a down payment on a house, or a house itself. If you can afford to buy any of the stocks on this list, congratulations, you’ve made it. Hold that status symbol in your portfolio with pride.