The Nextdoor IPO is coming sometime this year. The platform has become known for helping people tap into what’s happening in their neighborhood.

Investors should prepare for when Nextdoor goes public. Here’s what we know so far…

Nextdoor is a neighborhood-based social networking platform. The company is privately held and based in San Francisco. It’s become a staple for many people, with nearly one-third of American households using the platform.

Nextdoor is currently available in nearly 300,000 neighborhoods across 11 countries. Since it was founded in 2008, it has become a major player in the social networking industry. Users can exchange information, recommendations and advice with others in their neighborhood. The platform allows neighbors to connect online and offers a way to… 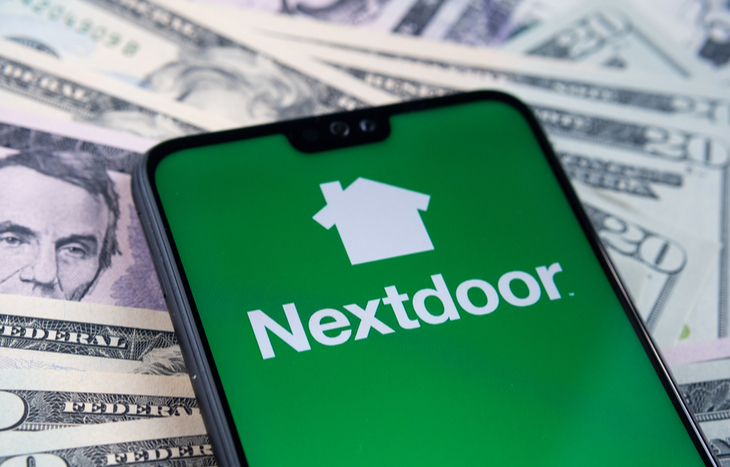 People can use the platform to establish real-world connections in their area without leaving their homes. The company has been a lifeline for many during the pandemic. Social media engagement has increased during the pandemic due to the uptick free time and the need for social interaction in isolation.

If you’re interested in investing in other social media opportunities, check out these social media stocks to watch in 2021.

Last March, the company saw a surge in users. Nextdoor’s total number of active users increased more than 80% month over month. The platform acted as a hub for assisting neighbors, supporting businesses and keeping up with what’s happening in a user’s area.

The company has implemented new features such as an interactive map and platform moderators. And funding raised for the Nextdoor IPO will help to support the development and growth of added features. This should help the company’s effort to retain new users.

The business has a lot to offer to the social media industry. And the growth Nextdoor experienced during COVID-19 puts the company in a good position to go public. So what do Nextdoor’s finances look like? Let’s take a look…

Nextdoor has gone through several rounds of venture capital funding. The company has raised more than $450 million from investors. Some of Nextdoor’s investors include Hercules Capital, IVP and Riverwood Capital.

Nextdoor was valued at around $2.2 billion after the company’s last round of funding in September 2019. But the company decided to keep its current revenue private in its recent SEC filing.

The company is rumored to be seeking a valuation of $4 billion to $5 billion at the time it goes public. But this hasn’t been officially confirmed.

Nextdoor capitalized on people’s desire to be connected to their local communities. But the idea isn’t safe from competition. The market for location-based social platforms is an increasingly competitive climate.

Nextdoor is facing some new competition… and it isn’t from a small player. A new feature called “Neighborhoods” was added to Facebook last month. It was launched in Canada and will soon come to the U.S.

It offers features almost identical to those available on Nextdoor. And Facebook’s new feature may overshadow Nextdoor because of Facebook’s massive presence. Nextdoor will need to implement features that help set the platform apart to keep its presence.

When to Expect a Nextdoor IPO

Nextdoor made announcements of plans to go public in 2021. As of now, the date is unknown to potential investors. We won’t get a better idea of the Nextdoor IPO date until the company or the SEC releases more information.

Investors should start preparing for Nextdoor to make announcements for going public. But until then, you can find a list of companies going public this week on the IPO calendar. It’s updated daily to give you the latest news on filed and upcoming IPOs.

To find even more investing opportunities, sign up for Liberty Through Wealth. It’s a free e-letter that’s packed with investing tips and tricks. Whether you’re a beginner or already an experienced investor, there’s something for everyone.