Social Media Stocks to Watch in 2022

Social media has become as ubiquitous in the American home as the radio once was and television still generally is (albeit often watched through a computer device). The industry has changed everything from how we get our news to what entertains us to who wins the presidency. And as long as this continues, social media stocks will be a force in the markets and will present an opportunity for great profits. 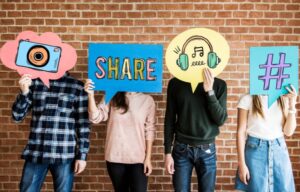 If it seems like everyone and their mother (including my mother, unfortunately for me) uses social media, that’s because they do. It was estimated in 2018 that 2.65 billion people were using social media networks. That number is expected to grow to nearly 3.1 billion people by 2021.

Compulsive social media usage is definitely healthier than some compulsive behaviors, but it’s also definitely addictive. And if you have any doubt about the profitability of addictive products, just look to nicotine in the 20th century (and perhaps vaping even now).

Meta isn’t just Facebook, however. In addition, the company controls four of the top-ranked social media platforms. Meta’s subsidiaries include Instagram, WhatsApp and Messenger. In other words, it’s instant social media diversification. And that diversity is good, considering some politicians probably would like to regulate the main platform out of existence. (These same politicians often don’t understand the concept that Facebook makes money by selling ads, but that’s a whole other story).

Many investors wondered what rebranding Facebook would mean for the social media giant. However, for a social media company, the fundamentals are extraordinarily strong. Furthermore, CEO Mark Zuckerberg pledged to spend $10 billion a year on the platform over the next decade. And with plenty of cash on hand, it’s no wonder so many investors want to buy Mark Zuckerberg’s stock.

Twitter is a microblogging platform. Users interact with the platform and each other through posting short messages. There is a 280-character limit for these messages, so on Twitter brevity truly is the soul of wit. People buzz about everything from news and politics to sports and entertainment and the Kardashians, who are in their own category of topics.

This social media company is still growing its total number of users. It currently has 145 million daily active users, one of whom is the president of the United States. This user growth should only continue to help increase its advertising revenues. The platform is also working on improving the user experience, as well as the functionality of its advertising platform.

Twitter’s stock experienced a steep eight-point drop in October. This was a result of the company missing analysts’ earnings estimates. The social media firm was experiencing advertising issues and technological problems with its platform. Fortunately, the stock has been slowly climbing back since the October sell-off.

This social media stock is currently trading around $34. And the firm’s revenue has climbed over 8% year over year in the third quarter. Expect this San Francisco-based tech stock to keep growing and watch for it to improve its metrics by focusing on revenue generation per user rather than total active users.

Snap’s camera app, Snapchat, is the perfect social media platform for the commitment-phobe extraordinaire. Users share images and photos, videos and texts that disappear after a short period of time. Poof. They’re gone.

With 210 million daily active users, Snap has been working to increase its ad revenue, as well as augment its user base. It has also redesigned its Android app for a better user experience.

Snap is additionally partnering with Amazon to improve Snapchat’s visual search feature. The visual search can be used to search for products on the shopping portal. And if that’s not enough for you, this social media stock has partnered with both Adidas and Dick’s Sporting Goods to launch a “shoppable” (!) video game.

The Santa Monica-based tech company, headed by co-founder Evan Spiegel, has experienced great stock price growth over the past year. The social media stock climbed from a low of $5.74 to a present high around $19, nearly tripling its value.

The downside is that the company is not currently profitable. Snap took a $227 million loss in the quarter ending October 2019. But revenue growth has seen a strong 50% increase to $446 million, and as expenses continue to decline, this social media stock is rocketing towards its eventual expected profitability a bit further down the line.

You may be less familiar with Weibo than the last two companies, but it is a giant social media platform in China with over 486 million monthly active users. Its users can share and receive information and upload pictures and videos using the Weibo platform.

Sina Weibo is a microblogging website similar in nature to Twitter. The company, which is owned by its parent Sina Corporation, was founded in 2010 in Beijing. Over the past year the stock has declined significantly.

On the positive side, Weibo has a very high market share in advertising, and in the previous quarter ending June, marketing and advertising revenue reached $370 million. The company also boasted a 24% drop in sales and marketing expenses.

For a variety of reasons such as international and currency risk, Weibo can be seen as a riskier play than Snap or Twitter. But if you’re interested in gaining some international exposure and want to bet on the huge audience of the Chinese market, a Weibo play may be worth taking a flier on.

As members of the young Generation Z might say – “oof.” Pinterest has not fared particularly well since initial public offering (IPO) back in April 2019. Although this social media stock saw an initial price spike from $24.40 to $34.26 in the days following the IPO, and the stock has climbed as high as $36.83, it has faced a large drop since then.


Like Snap, Pinterest is not yet a consistently profitable company. Unlike Snap’s stock, however, Pinterest is not necessarily trending in the right direction. Revenue has seen a third quarter year-over-year climb of 47.06%, which is good, but expenses have been volatile. This has been driving net income as high as $47 million in the positive in December 2018 but down to a $1 billion loss at the end of June 2019.

Pinterest is an image-sharing platform, with 322 million monthly active users. The San Francisco-based social media company was founded in December of 2019 and is headed by CEO and co-founder Ben Silbermann.

Investing in social media stocks is tricky. After all, many of the top players are not yet profitable. It is an industry often mired in controversy, political or otherwise. And you never know when the next big social media platform will enter the scene and whisk away large portions of its young audience (TikTok anyone?).

That said, social media has entrenched itself as a main part of the social and cultural fabric of our time. It’s definitely not going anywhere. And heck, there was even a time when investors were worried that tech stocks like Amazon would never be profitable.

How did that turn out?

For more coverage of tech stocks, and I’m talking everything from virtual reality to artificial intelligence to nanotechnology, subscribe to the free Trade of the Day newsletter by entering your email in the box below and pushing the all-important submit button.