Leading EV company Nio (NYSE: NIO) is under pressure following Grizzly Research’s report. The research firm claims Nio is adjusting its financial results. With this in mind, is it time to sell, considering the latest Nio stock news?

If the report is true, we could see further fallout from Nio stock. Then again, Nio denies the report, calling it misleading.

How will this affect Nio’s stock price as we advance? Keep reading to learn how the latest Nio stock news will affect one of the world’s largest EV companies. 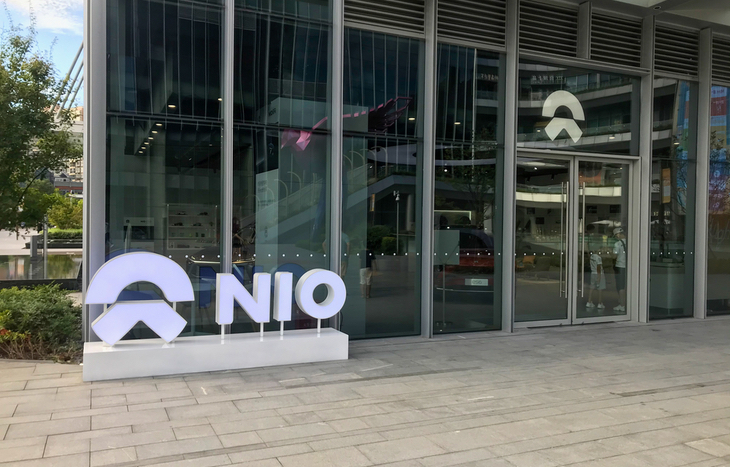 Grizzly Research released a report yesterday claiming Nio is playing “accounting games” to boost top and bottom-line results. That said, the firm has been teasing the news since last week.

The company tweeted on Grizzly’s Twitter, “next week, we will bring you our biggest report yet.” They also added the company is a “Wallstreet darling” and retail favorite. Then, two days ago, the company shares, “We believe the company is taking advantage of retail investors.”

Nonetheless, the report highlights a few critical pieces of information backing its claims.

In particular, Grizzly points to Nio’s 2021 earnings. The research firm says at least 60% of 2021 earnings is thanks to Weineng.

To clarify, Nio runs a battery-as-a-service program. Consumers can choose to pay a monthly subscription for their EV battery, lowering the initial cost. But Grizzly’s research team says Nio is pulling revenue forward by seven years by doing so. With this in mind, Nio can sell batteries to Weineng whenever needed.

Not only that, but the research firm also claims Nio’s unique battery services are being misreported. For example, Grizzly points out Nio’s supposed growth in charging and battery swap stations. Yet Nio’s CAPEX does not represent this on its balance sheet.

Nio is responding to the report today, calling it “without merit,” saying it contains numerous errors. The response is short and to the point.

So, who is right? For one thing, in Nio’s annual report, the company refers to Weineng as its battery asset company. On top of this, the EV maker says it owns around a 19.8% stake. As a result, Nio says, it only has limited control over the battery company.

Since the company is nonpublic, there is a lack of regularity in its financial reporting. Though, Grizzly notes Nio claims to own and operate the battery network. For this reason, Grizzly believes Nio is using the battery company to beat Wall St expectations.

How This Affects NIO Stock Price

So far, the report has not drastically affected Nio’s stock price. After hitting a 52-week low of over $11 a share, Nio shares rallied from about mid-May.

Before the report dropped, Nio stock was up over 100% from its low, around $24. Since then, share prices have taken a step back, down about 9%.

At the same time, many EV stocks are down this week. Tesla (NASDAQ: TSLA) is down 8%, Rivian (NASDAQ: RIVN) is down 12%, and Lucid (NASDAQ: LCID) is also down 9%. With this in mind, Nio investors are seemingly unbothered by the news.

Furthermore, there are no volume spikes indicating selling pressure. For instance, Nio’s average volume is around 70K. Yesterday, volume reached 76K, and today we are at 70K.

Nio’s stock price is already down over 67% from its all-time highs in early 2021. That said, Nio peaked much earlier than most other EV stocks. The KraneShares EV & Future Mobility ETF (KARS) peaked this past fall, much like Tesla.

As of right now, Nio stock sits below the 200D SMA. But the momentum Nio has built this past month has crossed the 20D SMA over the 50D SMA, which can signal short-term strength. But it may have a hard time crossing the 200D around $27, where it has been rejected multiple times this year.

Although the short-seller report is getting all the attention, other Nio stock news is more positive.

For the most part, it was a productive quarter for the leading EV company. Despite China locking down over Covid, Nio saw demand remain relatively high.

Although the company does note battery costs are increasing, which expects to cut into margins next quarter. Will Nio keep the momentum going? Or does the short-seller report have some truth to it?

Does the Latest NIO Stock News Make It a Buy or Sell?

Nio is in a strong position in the biggest EV market globally. EV production nearly doubled in China last year while revenues reached a record $102B in the region.

Meanwhile, Nio is stepping up to the plate with market leader Tesla. The company’s new ES7 will likely rival Tesla’s Model Y. Both models have a range of over 300 miles and cost around $65 to $70K.

Moreover, Nio is expanding overseas with launches in Norway and Europe next. Though car sales are expected to remain steady, the company is heavily spending on R&D.

Between growing its battery business and self-driving functions, investments are expected to continue running in the red this year. That said, investors should brace for an up and down year.

Raw material costs are making batteries more expensive. As a result, Nio is making less per car. The trend is likely to continue, with commodity prices expected to remain elevated this year.

If the latest Nio stock news from short-seller firm Grizzly Research has any truth to it, we could see fallout later this year. For long-term investors, Nio still has a solid lead in one of the biggest EV markets worldwide. A growing market, government support and Nio’s brand will help the company continue expanding in the EV market.