Arm IPO: Will It Be the Biggest IPO in Semiconductor History?

The Arm IPO is coming to the market. After a failed merger with Nvidia (Nasdaq: NVDA), the company is planning on making its public debut before March 2023. Here’s what we know so far… 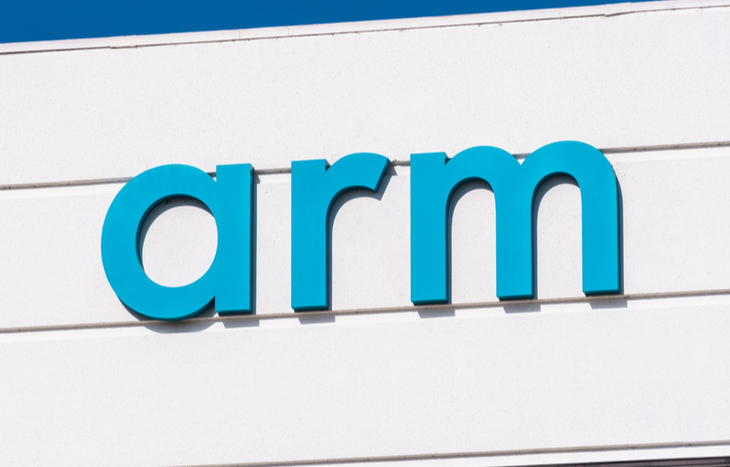 Arm is a leading semiconductor and software design company owned by Softbank. Its prominence in the electronics industry is hard to overstate, despite being little-known to consumers.

The company licenses processor designs for other companies to build. Importantly, Arm doesn’t manufacture microchips – it designs them. After the company designs chips, it licenses the designs to other semiconductor companies. A prime example would be the Apple M1 and Samsung Exynos 2200 chips. Both of these rely on Arm chip architecture.

The company’s technology contributes to the functioning of many modern economic components. A number of the world’s largest companies use the company’s chip designs and license its semiconductor elements. For example, approximately 95% of smartphones use Arm’s chip architecture.

In addition, the company’s designs are widely adopted. Almost anyone who uses the internet has exposure to an Arm product. Its technology appears in everything from televisions, smartphones, drones, smart homes, smart cars to wearable tech.

Moreover, Arm’s strategic, economic and political importance is continuing to increase as the microchip crisis continues. And this came to light in Nvidia’s recent attempt to buy Arm for $40 billion.

In September 2020, chipmaker Nvidia expressed its interest in buying out Arm for $40 billion. Rival companies Intel and AMD immediately expressed opposition to the move. Had the deal gone through, it would have been the largest merger in semiconductor chip history.

The $40 billion deal collapsed last month after antitrust regulators in the United States and Europe objected. The U.S. Federal Trade Commission (FTC) sued late last year to block the merger. It argued that the merger could be a catalyst for competition in nascent markets for self-driving car chips and a new category of networking chips. The FTC’s bureau of competition director, Holly Vedova, said…

The FTC is suing to block the largest semiconductor chip merger in history to prevent a chip conglomerate from stifling the innovation pipeline for next-generation technologies.

The FTC’s lawsuit should send a strong signal that we will act aggressively to protect our critical infrastructure markets from illegal vertical mergers that have far-reaching and damaging effects on future innovations.

Furthermore, European Commission VP Margrethe Vestager stated that “the acquisition of Arm by Nvidia could lead to restricted or degraded access to Arm’s IP, with distortive effects in many markets.”

Following the lawsuit, Nvidia called off its efforts to acquire Arm. Soon after the deal collapsed, Softbank said it plans to debut the Arm IPO by March 2023. According to people familiar, the company is seeking a $60 billion valuation in the event of the IPO. However, is Arm worth the staggering valuation?

According to people familiar with the matter, SoftBank is seeking a valuation of at least $60 billion for the Arm IPO. Based on the figure, the company is shooting for a higher amount than it would have gotten from the failed merger.

According to Bloomberg, the $60 billion valuation is ambitious. However, the figure may not be far-fetched. In September 2020, Nvidia announced that $21.5 billion of that amount would be paid in the form of Nvidia stock rather than cash. After the agreement made headlines, Nvidia’s share price rose. So, the value of the deal would have been closer to $60 billion if the deal didn’t get called off, based on Nvidia’s current share price.

Furthermore, Softbank announced that Arm’s net sales surged 40% to $2 billion in the nine months ending in December. While this bodes well for the Arm IPO, the semiconductor industry has taken a recent hit. Computer chip stocks have experienced consistent growth over the past couple of years. However, semiconductor stocks have cooled in 2022. The Philadelphia Stock Exchange Semiconductor Index is down 10% in 2022.

During interviews in the last few weeks, Softbank reportedly asked investment banks to provide a credit line as part of their commitment. A report from Bloomberg stated that SoftBank is seeking an $8 billion margin loan for the Arm IPO.

It’s rumored that Goldman Sachs, JP Morgan and Mizuho agreed to lead the Arm loan transaction ahead of the planned IPO, according to people familiar with the matter. The sources asked to stay anonymous because the situation is under wraps for now.

The sources added that the firms handling the loan will likely be leading the IPO. However, the lineup isn’t final. And more banks could join in on the Arm IPO later on.

Softbank founder Masayoshi Son told investors that the company “will aim for the biggest IPO ever in semiconductor history.” This presents a unique opportunity for investors in the Arm IPO. However, the sources cautioned that various factors, including market conditions, could influence Arm’s valuation.

Plans for the Arm IPO are still in their infancy. However, stay tuned for the latest updates on Arm stock. You can learn more about the IPO process in this step-by-step guide to going public.

As always, make sure to do your research before you invest. IPOs can be volatile for the first few months and share prices are constantly changing.

Furthermore, if IPO investing interests you, check out our top recent IPOs and our IPO calendar. We update it daily to give you the latest news on upcoming and filed IPOs.