The Top 10 Cryptocurrencies to Consider Investing In

There are a whole bunch of cryptos out there. In fact, there more than 18,000 different tokens available for trading. So it shouldn’t surprise anyone that a whole lot of them are nothing but crypto scams. And even some of the ones that are trying to serve a purpose will never make it beyond a few nodes… Only to disappear back into the ether from whence they came. 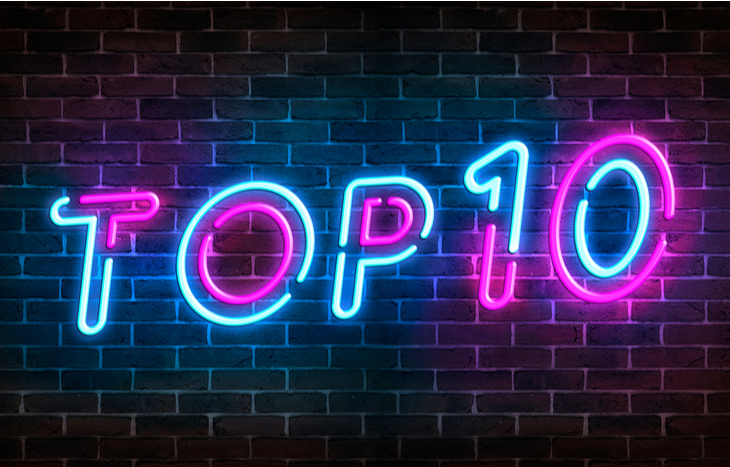 However, when it comes to our list of the top 10 cryptocurrencies available, well they aren’t going anywhere. They’ve either proved themselves too important to the future of decentralized finance (DeFi); power a blockchain that has proven itself vital; or have applications that have proven to be vital to the cryptoverse in some way. And while there are certainly more than 10 cryptos out there making their mark, that doesn’t make them all good investments.

Furthermore, we’ve got our eye on a few up-and-coming tokens that we have a very good feeling about. But they either have to go a little further to prove themselves or need to stand the test of time for a bit longer. Bitgert (BRISE) and Pawtocol (UPI) are two good examples. A year from now, we might be singing a different tune. But for now, we’re going to wait and see how these two altcoins measure up in the long run.

Hence, our list of the top 10 cryptocurrencies amounts to a mere fraction of a percent of the total number of tokens. But these are the good bets. Not the moon shots. These are the 10 cryptos investors should feel comfortable buying and holding for the long term. Will there be volatility? Of course. That’s part of what makes the fledgling crypto market so intriguing. FUD-y headlines can send values tumbling. But these cryptos are likely to recover.

Top 10 Cryptocurrencies to Consider Investing In

This crypto is one of the more important utility tokens available. One of its major functions is as a method of payment for trading fees on the Binance exchange. By using Binance to buy other tokens on the titular exchange, traders receive a discount. It’s also a favorite coin for use on other decentralized exchanges like PancakeSwap and UniSwap. All of this makes Binance Coin one of the more valuable cryptos in circulation. And not just as a “store of value.” It can grant early access to new tokens not yet traded on major exchanges. This easily makes it one of the top 10 cryptocurrencies out there. But for a deeper dive, you can check out our full review for Binance Coin here.

Sometimes developers and miners have a difference of opinion as to the future of a given cryptocurrency. And when they can’t come to a consensus, sometimes a hard fork takes place. Bitcoin Cash is one of the most successful products of a hard fork. While the underlying code of Bitcoin stayed the same, Bitcoin Cash was the culmination of new coding… Complete with increased scalability and a larger block size capable of faster transactions. With a market cap of more than $7 billion, it is clearly one of the top 10 cryptocurrencies to consider investing in.

The granddaddy of all cryptos, Bitcoin came into its humble existence back in 2009. Anyone that’s been following the crypto space for a couple of years knows about its meteoric rise in value… As well as its tendency for volatility. But it’s worth noting that its peaks and troughs have both steadily been trending upwards. And Bitcoin is currently trading around 30% below its all-time high. As more institutional investors continue to pile into the Bitcoin bus, it’s more than likely that it will exceed the high-water mark of $68,990.90 in the not-too-distant future. And that’s what makes Bitcoin one of the top 10 cryptocurrencies to consider investing in now.

This crypto was one of the first to get behind the proof-of-stake validation model. What makes this notable is that it was an easy way to speed up transaction time. It also reduces energy usage and its environmental impact. And you can expect to see a lot more headlines about the proof-of-stake model in the near future. Ethereum is expected to adopt the model in the near future. Another similarity with Ethereum is that Cardano enables smart contracts and decentralized apps – all of which are powered by ADA, Cardano’s native coin. Its trailblazing nature and model for adoptability clearly makes Cardano one of the top 10 cryptocurrencies on the market right now.

Ethereum acts as a blockchain platform – one of the most popular in the world – and a cryptocurrency. As a platform, it has scores of potential applications. And it’s also the leading marketplace for non-fungible tokens (NFTs). But what we like most about Ethereum is how bright its future is. It recently underwent the London Hard Fork. This added some much-needed predictability to fees associated with on-chain transactions. It also results in the burning of tokens, which can reduce the overall supply of Ethereum if transaction fees outpace mining. Ethereum becoming a deflationary token could be big news for those holding it. And as mentioned above, Ethereum moving to the proof-of-stake model could act as another major catalyst for major increases in value… All of which makes Ethereum one of the clearest picks on our list of the top 10 cryptocurrencies.

This crypto is often described as the silver to Bitcoin’s gold. It’s been around for more than a decade. And in the two years between Bitcoin’s launch and the launch of Litecoin, creator Charlie Lee made some notable improvements on Bitcoin’s code. While it’s also based on a decentralized open-source network, it has much faster block generation. This makes transaction times much speedier. It’s also one of the most popular cryptos to actually be used as a form of currency. There are now thousands of online retails that accept Litecoin as payment. Adoptability will mean a lot to the crypto industry going forward. And Litecoin’s ability to set that standard makes it one of the top 10 cryptocurrencies you should consider investing in.

While all crypto is built around the idea of being secure and private, Monero is as good – if not better – than any other token out there. It’s very much been a community-driven crypto with a huge focus on scalability and decentralization. It’s above-and-beyond security mechanics have admittedly made it a choice crypto for illegal activities. The anonymity it provides is beyond reproach. However, this also increases its use and worth to those living under repressive regimes. Even though the IRS is trying its best to reduce the anonymity, until they are able to do so (if ever), Monero will remain one of the top 10 cryptocurrencies out there.

There’s long been much ado about the idea of connecting various blockchains. And that’s what Polkadot is striving to do. The goal of Polkadot is to develop a network that connects various blockchains so that they can all seamlessly work together. It’s a heady plan. But it has both momentum and a whole lot of supporters behind it. Since its launch in 2020, the value of Polkadot has exploded by more than 700%. But that would pale in comparison to the surge in price if Polkdot is able to start unifying different blockchains. While this is one of the more speculative choices, Polkadot has still earned its place on our list of the top 10 cryptocurrencies to consider investing in.

Like most cryptos, Stellar Lumens has had a rocky year so far. But that’s normal for a penny crypto like this. What’s setting Stellar apart from other cryptos is its push to become an alternative to traditional banking. And with more than half the world’s population being bankless, there’s a lot of opportunity for Stellar.

Stellar Lumens are the native tokens of Stellar – a blockchain protocol built specifically for payment systems. The whole point of this protocol is to be able to offer financial products to those without a bank account. And it’s rapidly been making strides to connect financial institutions to its blockchain. Perhaps most notable is Stellar Lumens’ rapid adoption in emerging markets like Argentina, Nigeria and Zimbabwe. This alone is enough to include Stellar Lumens on our list of the top 10 cryptocurrencies available. And if adoption rates increase, it could soon be closer to the top of that list.

XRP is designed to be used on the Ripple network to speed up currency exchanges. It’s similar to why Binance Coin is so popular a choice to use to buy other cryptos. But XRP can be used to exchange different fiat currencies and some major cryptos. Its usage will only grow more important with time. Unlike so many of the scammy cryptos out there, fiat currency will be stocking around for a while. And being able to exchange it for others will become increasingly important as the world grows more interconnected. And that’s why XRP is one of the top 10 cryptocurrencies you should consider investing in.

The Bottom Line on the Top 10 Cryptocurrencies

From a valuation standpoint, this list is all over the place. That’s by design. But it’s also worth mentioning that just because Bitcoin is trading at more than $46,000 a coin, doesn’t mean you need that much to get started. You can start investing in it with as little as a buck. You just buy a fractional share of it. And the same goes for most cryptos.

If you’re just getting started, we suggesting signing up for a Coinbase account. It’s simple, secure and makes the crypto-buying process as straightforward as buying stocks.