Oatly IPO: Will This Plant-Based Company Offer Stock in 2021?

Are the Oatly IPO rumors true? The company recently announced it will be going public in 2021 after rumors of Oatly stock circulated. As it’s a well-established name in the plant-based food industry, investors want to know when Oatly will go public. Here’s what we know… 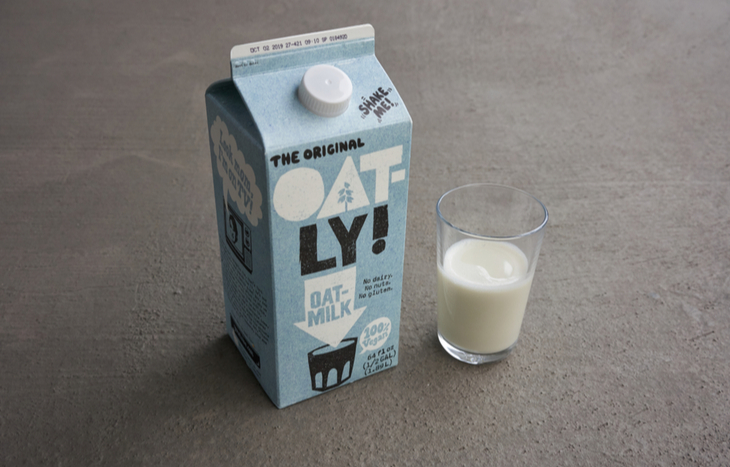 Rickard Öste founded Oatly in 1994. It’s a vegan food brand headquartered in Malmö, Sweden. The company uses research from the 1990s at Lund University to turn oats into dairy products. It has a patent for its enzyme technology. According to Oatly’s site, the technology is designed to mimic a natural process, turning oats into nutritional liquid food. Oatly aims to provide a product for people turning to a vegan diet for health or personal reasons.

Our sole purpose as a company is to make it easy for people to turn what they eat and drink into personal moments of healthy joy without recklessly taxing the planet’s resources in the process.

While Oatly’s headquarters are in Malmö, the company’s Production & Development Center is located in Landskrona. The company also recently built a $15 million plant in New Jersey. It produces 750,000 gallons daily of the company’s main ingredient: oat base. Oatly also intends to build more factories in Asia, Europe and the U.S. to expand its global presence. A funding round in June raised $200 million. This gave Oatly a valuation of $2 billion. And the company has some big-name investors backing it up, such as Blackstone Group (NYSE: BX) and celebrities Oprah and Natalie Portman.

The company announced an Oatly IPO is filed with the SEC. And that could make Oatly stock the next Beyond Meat. So let’s take a closer look at what Oatly has to offer its consumers.

Oatly Products: The Future of Dairy?

Oatly offers a variety of products. People can buy them online, but they’re also available in retailers such as Target (NYSE: TGT) and Whole Foods, as well as coffee shops. The company’s website has what it calls “the Oatfinder.” Consumers can see what local stores and cafes offer Oatly products. There are six categories:

Oat Drink. These drinks are in ambient packaging. That means it doesn’t need to be in the fridge and can stay on your pantry shelf at room temperature. It includes a barista edition, old-fashioned milk, plain oat base, chocolate and orange mango.

Chilled Oat Drink. These drinks are the ones most akin to cows’ milk. They need to be refrigerated. And they come in many flavors similar to cows’ milk. They include whole, semi, skinny, chocolate and, lastly, mellan. Mellan is the chilled version of the oat base oat drink mentioned above, just with a little extra.

On the Go. These drinks are in 250 milliliter boxes and 235 milliliter cans. As the name suggests, these products are designed for grab-and-go. The boxes, designed with kids in mind, include Oatly’s original oat drink and chocolate flavor. The cans consist of mostly coffee, such as cold brew latte, matcha latte and mocha latte, but also include chocolate.

Oatgurt. This category is Oatly’s oat-made yogurt. Oatly notes on some Oatgurt products that it recently updated its recipe. Flavors include original, vanilla, strawberry, raspberry, and blueberry and raspberry.

Ice Cream. Oatly makes its own version of another common dairy product: ice cream. Like everything else, it contains no dairy. The company does note, however, that it adds (vegan-friendly) fat to its ice creams in order to create firmness in the product. This makes it easier to scoop and enjoy with an ice cream cone. Its flavors are chocolate, strawberry, vanilla, chocolate fudge, hazelnut swirl and salted caramel

But despite the company’s vast product offerings, the vegan food market is a growing and competitive space. For an Oatly IPO to be successful, the company needs to ensure it has strong support and a competitive edge. So what does the industry look like for Oatly stock?

Oatly’s largest competitor in the U.S. market is Beyond Meat (Nasdaq: BYND). The company was the first plant-based food company to go public in the U.S. And it was one of the best-performing IPOs of 2019. However, that was before the coronavirus pandemic, which Oatly might face the tail end of in 2021. Additionally, Beyond Meat currently offers meat substitutes, not dairy substitutes. So although the two companies are competing in the plant-based food industry, their offerings are different. Not to mention, Beyond Meat also has a fierce competitor: Impossible Foods.

However, there is another plant-based beverage producer in the U.S. Greg Steltenpohl founded Califia Farms in 2010. It offers a variety of products. The list includes milk, creamer, butter, yogurt, coffee and juices. The company recently raised $225 million in a Series D funding round. This gave Califia a value of about $800 million, a little less than half of Oatly’s.

Chobani is also an Oatly competitor. The big-name yogurt brand released its plant-based yogurt back in 2019. And just like Oatly, the company uses oats to make it. Chobani offers milk, yogurt cups, mix-in cups, yogurt tubs and creamers. Chobani was estimated to be worth between $3 and $5 billion in 2014 and remains a private company.

Other competitors of Oatly include:

So with all of this competition, can Oatly stock be successful? Here’s a look at the market and industry an Oatly IPO would break into.

However, Oatly offers other plant-based dairy substitutes as well. Here’s a breakdown of how much each category is worth.

Although Oatly doesn’t have products for every category listed, the company is looking to expand its offerings as well as its global presence. And funding from an Oatly IPO could help the company move forward with those plans. But when will we see Oatly stock?

Oatly filed with the SEC, but it’s confidential. That means it doesn’t need to be public until 15 days before the Oatly IPO date. Analysts suspected the company might choose to go public via SPAC after a few approached Oatly about a deal. However, it appears Oatly decided to go public via the traditional IPO process.

If you’re looking for the latest investment opportunities, we suggest signing up for our Profit Trends e-letter below! It’s full of useful tips and research directly from our investing experts. Whether you’re a beginner or an experienced investor, our experts can help readers spot the latest trends before they start to move upwards. And if IPO investing interests you, check out our IPO Calendar to stay up-to-date on the market.

Although there isn’t much information for Oatly stock at the moment, investors should keep an eye out for new information. And make sure to check back for more updates on the Oatly IPO.