The On IPO is coming to the market. As gyms closed and people were stuck at home, outdoor running skyrocketed in popularity.

The Roger Federer-backed company is taking advantage of the IPO market and planning to go public. Although, is the company a good investment opportunity? Here are the latest details…

About On: Rooted in the Swiss Alps 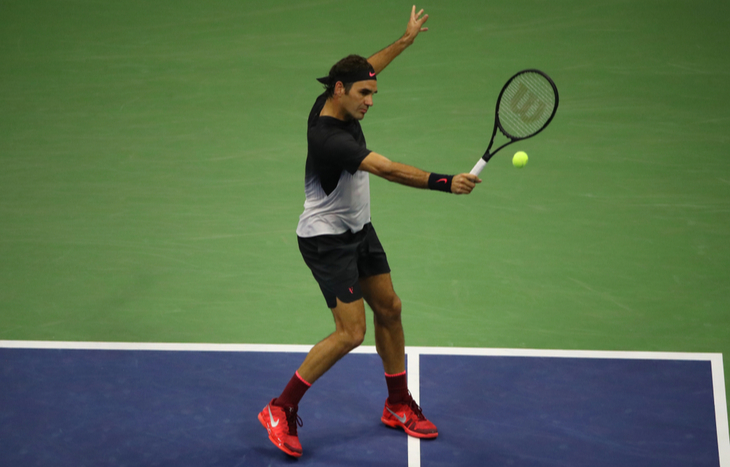 On was founded with a goal to revolutionize the way running feels. Three-time World Champion and six-time Ironman champion Olivier Bernhard had a mission: to design a running shoe that would feel like running on clouds. He refined his idea with dozens of prototypes with the help of a Swiss engineer. But one thing was paramount: a cushioned landing and explosive take-off.

Bernhard showed his friends early prototypes during a trip in the Swiss Alps who discouraged the idea. They told him, “forget it, don’t even try, you’ll never succeed against the big shoe company’s.” Once they put the shoes on, everything changed. The unique running experience of the prototype had them hooked.

Soon after in 2010, Olivier Bernhard, David Allemann, and Caspar Coppetti founded On. The company faced success almost immediately and continued to grow and gain traction. In 2013, the three brought on Marc Maurer and Martin Hoffman as equal partners to scale and professionalize the business.

The company stated in its prospectus…

Together, we have built a distinct culture that empowers the On team to make decisions and foster innovation, allowing On to rapidly scale while retaining the entrepreneurial mindset of a startup. We believe this partnership approach to leadership has been an integral part of On’s success over the past decade, and we expect it to continue.

Today, you can find On running shoes in over 8,000 stores across more than 60 countries. The company has expanded its headquarters to Zurich, US, Japan, Australia and Brazil. As On has grown, it has designed products to meet different needs. In the filing, the company states…

We founded On with a view of making movement more effortless and comfortable. Since our founding in 2010, we have expanded our focus beyond runners and their shoes. Our innovation teams are including Swiss-engineered technology in our products that can be worn while running, exploring or simply during all-day activities. We believe we can leverage our expertise in running to improve the functionality of products in adjacent lifestyles, including fitness, everyday use, outdoors and most recently tennis, and to broaden our product portfolio from footwear to apparel and accessories. While we expect to always be deeply rooted in running, consumers around the world have shown an interest in our other products, significantly increasing On’s total addressable market.

On is also backed by tennis legend Roger Federer who came on as co-entrepreneur in 2019. The world tennis champion has his own line of footwear that includes The Roger Centre Court, The Roger Clubhouse and The Roger Advantage.

In its prospectus filing, the company stated that it is one of the fastest-growing scaled athletic companies in the world. And this could make ONON stock an interesting investing opportunity. But before we look at details for the On IPO, let’s look at the company’s position in the market.

It’s not surprising that On chose to go public now. The COVID-19 pandemic has caused people to adopt new ways to exercise. With gyms closed and team sports banned during the COVID-19 pandemic, running shoe companies saw a spike in sales. A spokesperson for the company said…

The past year was demanding for On due to the corona pandemic, but very successful. The need for people to be active in the fresh air is increasing worldwide.

So, how does the Swiss brand compete with industry giants like Nike and Adidas? In its prospectus, On stated…

We believe that powerful consumer trends will continue to expand the approximately $300 billion global sportswear industry and that our differentiated product offering and appeal to our loyal community will drive increasing market share. We believe our brand is globally recognized today, and we have significant opportunities to further grow our brand awareness and expand the size and breadth of our community. While we have meaningfully grown internationally over the past decade, our unaided brand awareness outside of Switzerland remains below established sportswear peers, providing us with a clear runway ahead.

On believes it is one of the fastest-growing sports companies in the world, as stated in its prospectus. The company is emerging into new markets using a multi-channel strategy.

While the company may be in its infancy compared to giants in the industry, On is in a growth phase in almost all of its international markets. And opportunities for continued market share gains could bring in a lot of money for investors. But before we look at how to invest in ONON stock, let’s look at the finances.

The numbers below come from On’s prospectus filing. It allows investors to gain key insights into the company’s finances. If you’re in the market for ONON stock, let’s look at the details.

For your convenience, I’ve converted the current exchange rate (Fr – Swiss Franc) to show you what the company’s finances look like in USD. But you should be aware that the currency is always changing. One United States Dollar currently trades for 0.92 Swiss Francs.

Gross Profit: The company’s gross profit has grown. For the year 2019, On recorded a gross profit of $156 million. In 2020, the company recorded $252 million in gross profit. This represents year-over-year growth of over 61%.

The company was valued at nearly $2 billion after its last funding round, Reuters reported in April.

To get a better insight into the company’s finances, you can check out the On IPO prospectus. And for those interested in the filing, let’s look at the details.

The On IPO is coming to the market quickly. The company filed on August 23 and set its terms for going public on September 7. Shares are expected to price between $18 to $20 per share. The company is set to price its shares on September 14.

The company is offering 31.1 million shares for a $591 million deal size. Shares of stock will list on the New York Stock Exchange under the ticker symbol ONON.

Sources told Reuters in April that the company could seek a valuation of between $4 billion and $6 billion in its IPO. To cover over-allotments, On and the selling shareholders have granted the underwriters a 30-day option to purchase up to an additional 4.67 million shares.

The ONON stock is set to trade on September 15. Goldman Sachs, Morgan Stanley and JP Morgan are leading the offering.

As always, make sure to research before you invest. IPOs can be volatile for the first few months and share prices are constantly changing. But if IPO investing interests you, check out our top recent IPOs and our IPO calendar. It’s updated daily to give you the latest news on upcoming and filed IPOs.

If you’re looking for the latest investment opportunities, consider signing up for Liberty Through Wealth. This free e-letter is packed with market insights from leading experts. You’ll hear directly from bestselling author and investment expert Alexander Green. It’s one of the easiest ways to stay on top of market news out there. All you need to do is enter your email address in the box below to get started.