A Palantir IPO is filed with the SEC. After more than a year of anticipation, investors are finally getting Palantir stock. It’s a Silicon Valley company, and it’s highly valued.

But is Palantir a good investment opportunity? Here’s what we know… 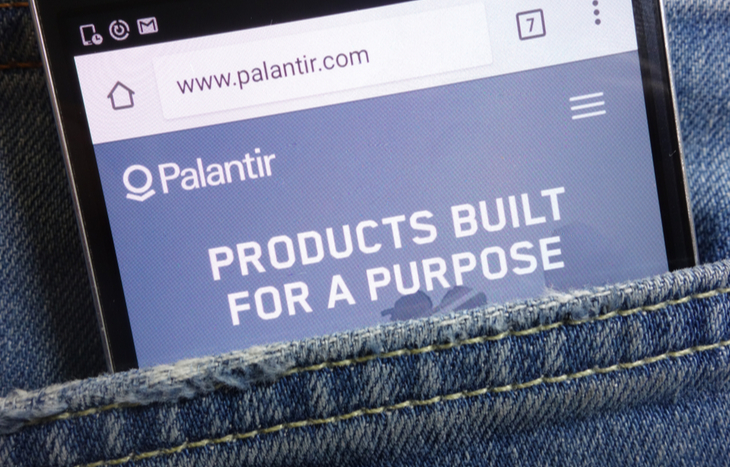 Palantir originally worked only with governments. But in recent years, Palantir branched out to work with businesses. In December 2019, Palantir announced a contract with the U.S. Army. It will be a four-year program totaling $440 million. The company also claims it aided in the capture of Al Qaeda leader Osama bin Laden.

Palantir is what investors call a unicorn. Unicorns are privately held companies with a value of $1 billion or more. And Palantir IPO rumors have been around for more than a year. But why did the company delay Palantir stock?

Palantir delayed for a few reasons. One thing to note is the large failures of prominent 2019 IPOs like Uber (NYSE: UBER) , Lyft (Nasdaq: LYFT) and Peloton (Nasdaq: PTON). In fact, before the coronavirus market crash, almost half of all 2019 IPOs were below their offer price. And Palantir wasn’t alone in the decision. WeWork  also postponed its IPO.

Moreover, in 2015, Palantir gained a value of $20 billion. In 2020, Palantir Technologies wanted to reach a value of $26 billion. The company turned to foreign investors to raise an additional $1 billion to $3 billion in funding. Delaying the Palantir IPO gave the company time to reach out to other venture capital investors.

Another issue is the ethical use of its technology. Palantir’s software aids Immigration and Customs Enforcement. In the past, employees spoke up against the involvement in immigration policy enforcement.

But CEO Alex Karp made his position very clear in a letter in Palantir’s prospectus.

Karp addressed some issues in his letter. And one of them was the use of Palantir’s technology and the questions that come with it. But it turns out Palantir’s employees aren’t the only one with questions. Karp said:

The construction of software platforms that enable more effective surveillance by the state of its adversaries or that assist soldiers in executing attacks raises countless issues, involving the points of tension and tradeoffs between our collective security and individual privacy, the power of machines, and the types of lives we both want to and should lead. The ethical challenges that arise are constant and unrelenting… The engineering elite of Silicon Valley may know more than most about building software. But they do not know more about how society should be organized or what justice requires.

And he goeswent on to address it further. Palantir plans to relocate its headquarters to Denver, Colorado. And Karp made his feelings toward the Valley very clear as he put unnamed companies under fire:

Our company was founded in Silicon Valley. But we seem to share fewer and fewer of the technology sector’s values and commitments. From the start, we have repeatedly turned down opportunities to sell, collect, or mine data. Other technology companies, including some of the largest in the world, have built their entire businesses on doing just that. Software projects with our nation’s defense and intelligence agencies, whose missions are to keep us safe, have become controversial, while companies built on advertising dollars are commonplace. For many consumer internet companies, our thoughts and inclinations, behaviors and browsing habits, are the product for sale. The slogans and marketing of many of the Valley’s largest technology firms attempt to obscure this simple fact.

Many investors and analysts took interest in Karp’s letter due to its strong implications against the moral and ethical standards in Silicon Valley. But it does lead to a big issue investors interested in Palantir stock have with the unicorn…

Despite its government contracts, Palantir never made a profit. Investors were aware of this before the company’s filing made it a public fact, though.

But although revenue increased, so did expenses. In 2018, operating expenses totaled $1.05 billion. They increased to $1.08 billion in 2019, a growth of 2.2%. And for the six months ended June 30, they increased 2.3%. Fortunately, revenue outpaced expenses.

Although Palantir is on the right path, the risk that it may never be profitable is a concern for some investors.

If you’re interested in Palantir stock, there’s a big piece of information about the Palantir IPO you need to know.

Palantir doesn’t plan to go public with a traditional IPO. Instead, the company plans to do a direct listing. This means no new shares will be issued. Current stockholders will instead sell their Class A shares, if they choose to. Direct listings are a cheaper and faster method of going public. However, they also create more risk for investors.

Palantir Technologies will trade on the NYSE under the ticker symbol PLTR.

If you’re looking for investment opportunities, Investment U is the place to be. Sign up for our free e-letter below! It’s full of useful tips and research from our experts. Whether you’re a beginner or an experienced investor, there’s something for everyone.

The Palantir IPO is one of the most anticipated of the year. But investors should study the company’s prospectus before making a decision about investing in Palantir stock.