The Top 4 Pipeline Stocks to Watch

The United States has the largest pipeline network in the world. About 2.4 million miles of pipeline snake across the country, bringing natural gas, oil, natural gas liquids (NGLs), refined petroleum products and petrochemicals from production centers to consumers.

As long as the U.S. remains dependent on fossil fuels, pipeline stocks could be a great investment.

Pipelines are some of the most valuable pieces of fossil fuel infrastructure. The best pipeline companies generate billions of dollars each year. With that in mind, here are the top four pipeline stocks to watch.

Pipeline Stock to Watch No. 4: Enbridge

Enbridge has been paying a dividend for 64 consecutive years. Over the past 20 years, the dividend has an average compound annual growth rate of 12%. Clearly, Enbridge has been successful in the past. But can it guarantee success in the future?

Enbridge’s recent barrage of investments signals yes. The biggest way Enbridge is planning for the future is by investing in liquefied natural gas (LNG) infrastructure. U.S. energy companies alone are on track to invest $200 billion into LNG-related infrastructure.

Enbridge is taking its first steps in that direction by investing in the Rio Grande LNG project and by buying some of Royal Dutch Shell’s (NYSE: RDS.A) LNG output. Baring a merger from two other pipeline infrastructure powerhouses, Enbridge should dominate the market for years to come.

While Enbridge has the largest general energy infrastructure in North America, Kinder Morgan (NYSE: KMI) leads the continent with its natural gas pipeline operation. With pipelines connecting every major supply basin, the company transports 40% of all the natural gas consumed in the U.S.

This market dominance shines through in Kinder Morgan’s steady, high-yielding dividend. The annualized dividend has increased over the years from $0.25 in 1998 to $1 in 2019.

And Kinder Morgan won’t have a problem securing new contracts in the future. So far this year, the company has put $5.7 billion into new expansion projects. Of those projects, roughly 80% of them were natural gas-related.

The United States is starting to lean heavily on natural gas, and Kinder Morgan will play a pivotal role in that transition. 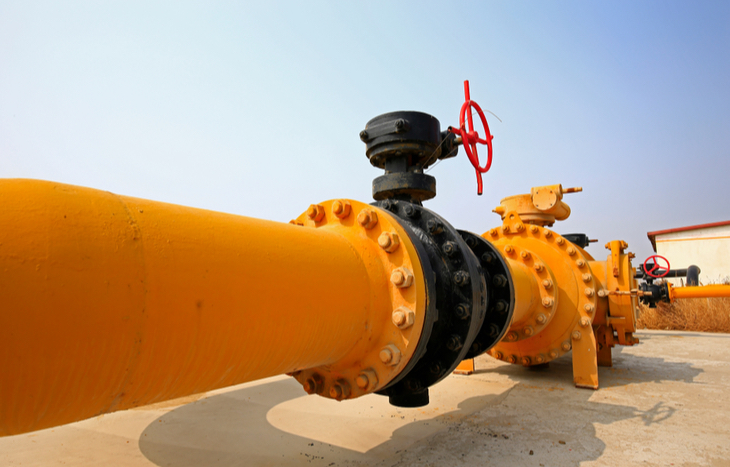 The biggest player in the midstream platform space is Energy Transfer (NYSE: ETP-E). The company has more than 86,000 miles of pipeline transporting natural gas, crude oil and NGLs throughout the U.S. Energy Transfer’s pipelines extend to processing, storage and export facilities.

Energy Transfer earns its revenue by the volume of product flowing through its pipelines. The company’s infrastructure carries this oil and gas from extraction to delivery. The company is involved at every stage of the process.

The company has grown over the years. It began focusing on natural gas markets but has since expanded into other areas of midstream infrastructure. And just this week, Energy Transfer finalized its deal to acquire SemGroup for $5 billion. The acquisition suggests that Energy Transfer is financially healthy, and experts believe the stock is currently undervalued.

Williams Companies (NYSE: WMB) is dedicated to natural gas infrastructure. So far this year, the company has handled 30% of America’s natural gas output. Much of that 30% is through the 1,800-mile Transco system. It’s the largest interstate gas pipeline by volume. Transco stretches from South Texas all the way to New York City. It provides gas to major hubs all along the East Coast.

Williams Companies has invested a lot of time and money to increase the capacity of the Transco pipeline system. In 2009, the system was capable of handling 8.5 billion cubic feet per day (Bcf/d) of gas, but by 2018 it was capable of 16.7 Bcf/d. The company hopes to have the capacity for 18.9 Bcf/d by 2022.

Williams Companies also has pipeline infrastructure in the Marcellus and Utica shale regions. Those regions are exporting a significant portion of the country’s natural gas, and when Williams Companies boost its presence in these areas, profit will follow.

The demand for pipelines is increasing rapidly. Keep an eye on these top four pipelines stocks. In the meantime, check out our article “Natural Gas Investing – An Investor’s Guide” to better understand the natural gas landscape. Also, keep an eye out on other investment opportunities like the “The Top 4 Natural Gas Stocks to Watch in 2019.“