Battery technology is poised to be critically important for the 2020s and beyond. As many energy applications that traditionally relied on fossil fuels begin transitioning to electrical power, energy storage will be more important than ever. In reality, energy storage will likely leverage a hodge-podge of solutions. This includes those for long-term storage. Nevertheless, batteries will be more important ever in the decades ahead. And that is where QuantumScape stock comes in.

QuantumScape (NYSE: QS) is engaged in the research and development of much better and more resilient batteries than we’ve relied upon in the past. This calls into question whether QuantumScape stock is a good buy. More and more cities, states and countries are electrifying their transportation and energy grids. It’s also important to understand where QuantumScape is in terms of its R&D and just how promising its technologies are.

QuantumScape is a San Jose, California-based startup that was founded in 2010. It primarily researches battery technology for use in electric vehicles. In particular, its focus is on solid-state lithium-metal batteries. This could become the standard battery chemistry in the future.

Batteries have traditionally contained an electrolyte fluid that transports positively charged ions between the anode and cathode terminals. This liquid works reasonably well. However, it can pose a fire risk, and the fluid itself can be hazardous.

As QuantumScape is still in the early stages of its life as a company, its quarterly reports tend to be a bit shaky. While it earned a positive net income in Q2 and Q3 2021, in Q4, its net income was a negative $67.23 million. Despite the decrease in income this past quarter, though, its net income is up nearly 95% year-over-year (YOY). Most investors would probably like to see stronger financial results before putting money in. After all, its earnings per share (EPS) is also negative.

However, QuantumScape stock is also scaling up its production rapidly. In its most recent shareholder letter, it mentioned that it measures its production capacity in film starts. By that metric, its production target for Q4 2022 is more than four times what it was for Q4 2021. It also stated that tooling is one of the production constraints it has faced, but that it expects that challenge to subside.

In addition, the company said it increased its number of employees from 270 at the beginning of 2021 to 550 by the end of the year. The increase in hiring will allow the company to continue to scale up its production. The company has no reported revenue yet. However, it expects its revenue to be $6.4 billion annually by 2028. As of 2021, the company had nearly $1.5 billion cash on hand.

QuantumScape stock has a market cap of nearly $7 billion and its shares are modestly priced at under $20 at the moment. The company went public in November 2020 and initially caught the eyes of investors, briefly trading at above $100.

Investor confidence has gradually waned since then, likely because the company is still in the scaling-up phase. Indeed, it will probably be at least a few years before we can expect anything resembling mass-production of QuantumScape’s battery technology.

But the fact that QS shares are trading at their lowest point since before the company’s IPO might be a good thing for long-term investors. After all, this means shares of QS are more affordable. Granted, the stock is still overvalued according to some analyses.

But still, analysts expect QS to trade above $20 within the next 12 months. Whether that becomes a reality will depend upon how well QuantumScape performs in the real world and how quickly it can scale up production.

Is QuantumScape Stock a Good Buy?

QuantumScape stock already has some high-profile investors backing the company, such as Bill Gates and Volkswagen. Plus, the company plans to rapidly scale up. And it has shown in testing that its technology is capable of high performance. That includes the 80% in 15 minutes mentioned earlier.

QuantumScape stock is very much at a point where early investors can benefit from the company’s future growth. Of course, that assumes it can scale up as projected. If so, analyst projections show a 50% or greater increase in its stock price over the next year.

However, there are a lot of unknowns in the global economy, and some investors are gravitating toward safer investments such as dividend stocks and bonds. Interestingly, though, the analysis provided by Fidelity shows sentiment for QS is strong in the short-term but weak in the mid-and long-term.

In short, QS is a relatively high-risk investment that could pay off for those who stay the course. Thus, it may have a place in a portfolio with a mix of lower-risk stocks. Meanwhile, those with lower risk tolerances may want to add it to their watch lists for the time being. 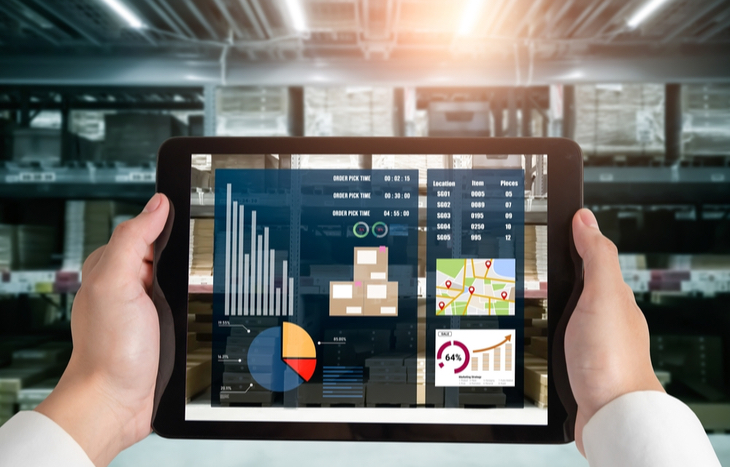