Electric Car Stocks to Charge Up Your Portfolio

Electric car stocks are among the best investments on the market today. Not only are electric vehicle makers expanding rapidly today, but they tend to have a lot of unfulfilled demand, meaning their growth will continue to be strong for many years to come. If you happen to be an investor, this is exactly the sort of thing you should want to see for your investments.

But, of course, not all stocks are created equal. With EV startups, in particular, many are not turning a profit, and it’s unclear whether that will ever be the case. Hence, although the electric vehicle revolution is here to stay, it’s imperative that you invest in the right companies if you want your investments to grow.

When it comes to electric car stocks, here are some of the best ones to buy today: 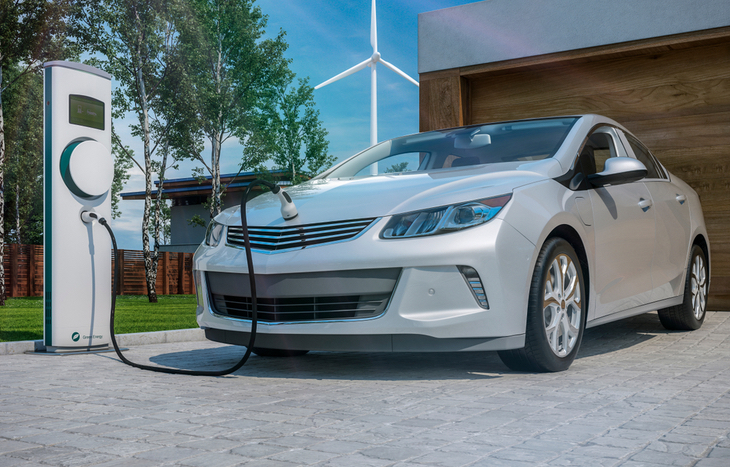 Li Auto is among the ranks of Chinese EV startups that are generating a lot of attention these days. Named after the company’s founder, Xiang Li, the company was founded in 2015. Currently, Li Auto produces the Li ONE, a six-seater electric smart SUV. The ONE sells for ¥338,000, or about $53,000. It has an impressive NEDC range of 800 km or 497 miles, far surpassing the range of most EVs available in the United States.

Although Li Auto (LI) has had its ups and downs, the $30 billion company inched closer to profitability in Q3 2021 with a net profit margin of -0.28%. Its revenue was ¥7.7 billion, a year-over-year (YOY) increase of 209.67%. Analysts call this electric car stock a strong buy, projecting a strong increase in Li’s stock price in the next 12 months.

NIO is another Chinese automaker based in Shanghai. Despite being founded just one year before Li, NIO already has several EV models on the market. Those include two sedans, two SUVs and a coupe. One of its newer models, the ET7, has an electric range of up to 1,000 km (621 miles). NIO hopes to sell its vehicles in 25 countries by 2025, including the U.S.

Currently, NIO is valued at around $40 billion, although investors should be aware that the company is not consistently turning a profit, posting a net profit margin of -29% in Q3 2021. Despite this, its share price has ballooned from under $4 in the spring of 2020 to around $25 in 2022. Nevertheless, analysts consider NIO one of the best electric car stocks to buy. They project its share price will more than double over the next 12 months. Revenue is the one strong point for this electric car stock; it was ¥9.81 billion in Q3 2021, up 116.65% YOY.

XPeng is also a Chinese EV manufacturer, and the company is based in Guangzhou. Like NIO, it was also founded in 2014. It offers several EV models, though not quite as many as NIO has available today. Currently, it offers the G3, an SUV, and the P7, a sedan. It also recently launched the P5, an affordable sedan that will start at just under $25,000. The P5 has a range of up to 372 miles, which is impressive, especially at that price point.

Like its competitors, XPeng has not consistently turned a profit. Still, XPEV has a market cap of around $33 billion. It, too, has increased its revenue, with a 187% YOY increase in Q3 2021. Shares of XPEV have essentially treaded water, but investors remain confident in the stock, at least in the short term. Analysts expect this electric car stock will rise in value over the next year.

Thus far we have covered Chinese electric car stocks, and there is no doubt that China has been commanding a lot of attention lately when it comes to EVs. Still, it’s hard to overstate the impact of Tesla, which arguably started the current EV revolution when it launched the Model S back in 2012. Since then, Tesla has added the Model X, Model 3 and Model Y vehicles, with potentially more to come.

For a long while, some investors have criticized TSLA for various reasons, including its high P/E ratio, which currently stands at around 185. While that is high, the nearly $1 trillion company continues to dominate. Its share price is around 50% higher than it was in the spring of 2021. And crucially, Tesla is consistently posting a profit, with positive net margins in each of the past four quarters. Analysts expect Tesla stock to see a modest gain in the next 12 months.

And finally, we have Fisker. It’s a relative newcomer, and also an American EV manufacturer. The company was founded in 2016 and is based in Manhattan Beach, California. It has turned heads with its vehicle, the Fisker Ocean, which Fisker calls “the world’s most emotionally-charged & highly sustainable vehicle.” That’s because the Ocean’s wheels are made from recycled aluminum and carbon fiber, and its floor mats are made from recycled plastic bottles and fishing nets. The Ocean is not yet available but should be released in November 2022.

Even though Fisker is just getting off the ground, its stock is a strong investment. Of course, as the Ocean hasn’t launched yet, it doesn’t have much to report in terms of earnings or profitability. Still, FSR has a market cap of $3.6 billion and had increased its cash on hand 959% YOY as of Q3 2021. Analysts consider this electric car stock a strong buy; they believe it will more than double over the next year.