Rumors of a Rackspace IPO are rapidly spreading. Investors are now asking if the rumors are true. Will Rackspace stock be back on the market?

If Rackspace goes public, it wouldn’t be the first time. But times are different, and the coronavirus is a big factor for any IPO. So, will Rackspace go public? Here’s what we know… 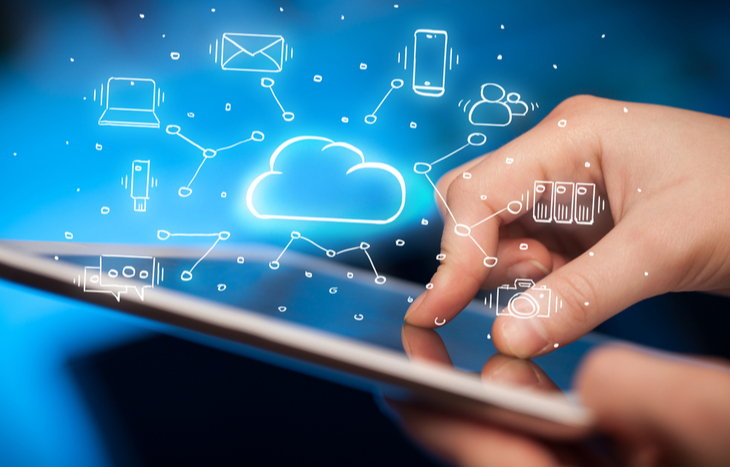 Dirk Elmendorf, Richard Yoo and Pat Condon founded Rackspace in 1998. Rackspace is an American technology company based in Windcrest, Texas. But the company also has offices in Australia, Switzerland, Germany and Singapore, just to name a few. It’s a cloud computing company. Services include storage, networking, software and analytics over the internet, or “the cloud.”

Apollo now focuses more on managing other cloud services. Examples are Amazon and Google cloud. And if you have an iPhone, another example is the iPhone cloud. This is where things like pictures are stored so you don’t use up storage on your phone

Cloud services are very popular. As society grows and uses technology to connect, people need data storage. And Rackspace was one of the first to meet that need.

In 2008, a Rackspace IPO hit the market. Rackspace stock traded on the NYSE under the ticker symbol RAX. The offering included 15 million shares at $12.50 per share. Rackspace raised $187.5 million.

In 2013, shares traded around $80. But three years later, Rackspace started to struggle. The company lost about 60% of its value. Big names like Amazon and Microsoft became competition.

So, in 2016, Apollo acquired Rackspace and took it private. The deal was $4.3 billion, a total of $32 per share. This made it easier for Rackspace to transition from traditional public cloud services to managing third-party platforms. Change is harder when everything is open to the public.

Rumors of a Rackspace IPO started in 2018. A Bloomberg report claimed Apollo was talking with advisors to bring Rackspace back to the market. However, Rackspace remained private.

That brings investors to a big question…

Why is Rackspace Going Public Now?

Now might seem like a bad time for an IPO. U.S. listings are rare due to the coronavirus outbreak. There were two U.S. listings in March and only two so far in April. That’s compared to seven in March and 14 in April of 2019. But the pandemic might place Rackspace in a good spot to go public.

Coronavirus led to a massive wave of people working from home. Because of this, there’s an increase in technology demand. Courtney Munroe, a research vice president with IDC, a market research company, said:

“You need communication, and in this case, even more so because the cloud, where Rackspace plays, has become an important foundation for remote workers, and for digital platforms in general. They’re [Rackspace] looking at the market and saying, ‘You know what? This segment is a very essential segment in a digital age, and Wall Street needs anything they can get their hands on to make money, so why not?’ I think that’s probably the key motivating factor.”

But timing isn’t everything. The company needs to show promise that it’s worth the investment.

Munroe seems to believe the answer is yes. But he isn’t alone in thinking a Rackspace IPO could be successful. Tim Beyers, an analyst at the Motley Fool, said:

“It’s possible there’s an appetite for investment in both private and IPO markets for well-established, well-funded companies. I definitely believe the first few companies that come out and IPO out of this environment are going to have to be really sturdy, really established. Rackspace has a track-record.”

It’s important for investors to know that Rackspace has debt from acquisitions. It’s one reason the company stopped pursuing an IPO in 2018. But despite the debt, Rackspace could be valued at more than $10 billion.
Furthermore, the global cloud services market produced $264.8 billion in revenue in 2019. And analysts estimate the market will exceed $900 billion by 2027.

So, the question investors want an answer to is…

When Will Rackspace IPO?

Currently, there is no proof that the rumors are true. The company hasn’t commented and there is no date. Some sources, such as Reuters, claim Rackspace filed with the SEC. The company would make its debut once market volatility subsides.

If you’re looking for the latest investment opportunities, Investment U is the place to be. Sign up for our free e-letter below! It’s full of useful tips and research from our experts. And whether you’re a beginner or experienced investor, there’s something for everyone.

There are many opportunities out there. Check out DraftKings, a company aiming to IPO at the end of April. And while we may not know when a Rackspace IPO is coming, investors should keep an eye out.